With its fairy-tale-ready cityscape of pitched roofs and soaring steeples set against dramatic Alpine peaks, Bern seems more the setting for the perfect Christmas photo shoot than a European capital. But despite its flawless old world charm, Bern is, indeed, the vibrant capital city of Switzerland, as well as a UNESCO World Heritage Site and one of the most historic municipalities in the country. 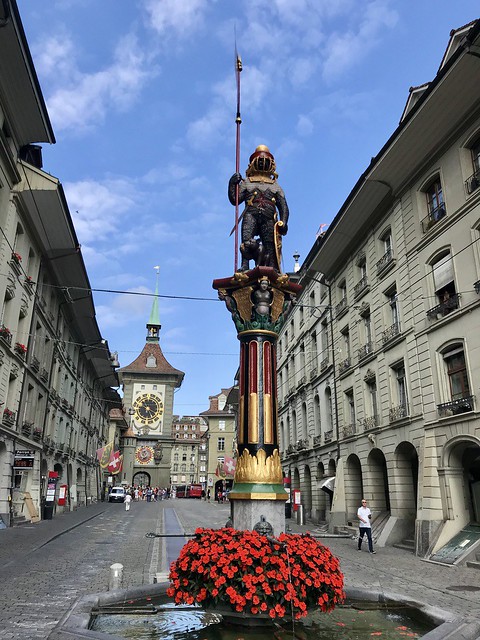 While many of our first-time visitors to Switzerland explore the Canton of Ticino for its fascinating mix of Mediterranean and Alpine elements and it's close proximity to Italy, but a quick trip to Bern is also a wonderful option as an introduction to the country or jumping-off spot for a longer trip through Switzerland. Bern offers a delightful old town thick with historic restaurants and breweries, a scenic river walk and panoramic overlook, a new habitat for the charismatic family of bears that symbolizes the city, and easy access to the dazzling surrounding countryside—in short, something to captivate everyone from gourmands to outdoor enthusiasts. 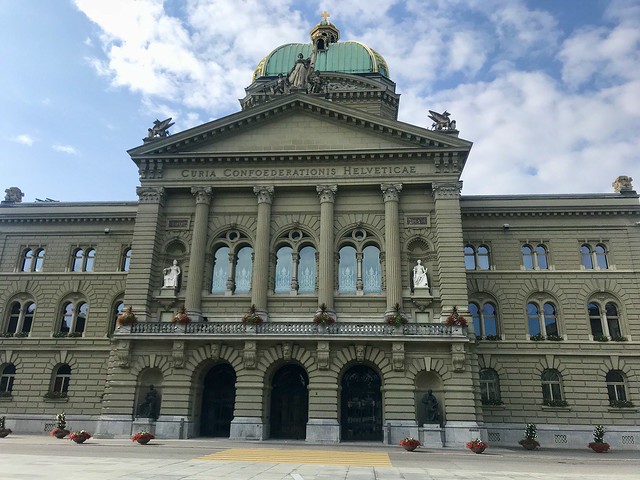 Here’s how to spend an unforgettable 48 hours in Bern:

A Morning in the Old Town
Bern is a compact city, and its medieval center (Altstadt) is easily explored on foot. Stroll beneath the 4-mile-long network of covered 15th-century arcades—the largest urban arcade network in Europe—made of local sandstone to admire the pretty architecture and pop into the many small shops and boutiques selling everything from chic home décor to independent fashion and accessories. 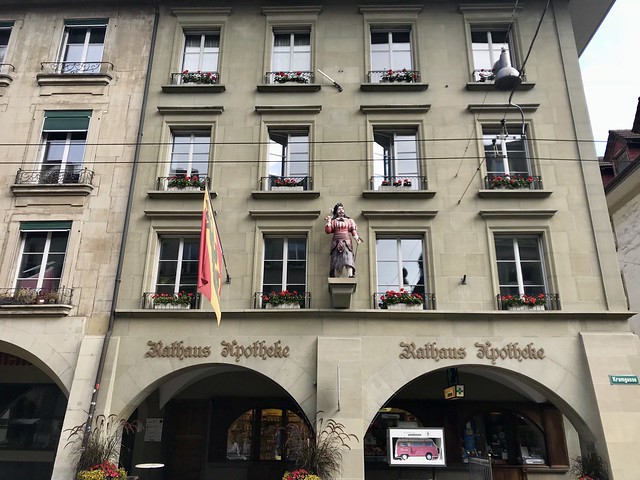 Take in highlights like the 15th-century Zytglogge, or clock tower, making sure to time your visit with the top of the hour when the clock’s figurines parade; the Kafigturm (prison tower); the Cathedral famous for its 300-foot spire and 13th-century stained glass; and the Barenpark bear enclosure where city’s living symbols–Finn, Bjork, and their daughter Ursina–laze and frolic. Science buffs will want to visit the apartment on Kramgasse where Einstein was living when he developed his theory of relativity. 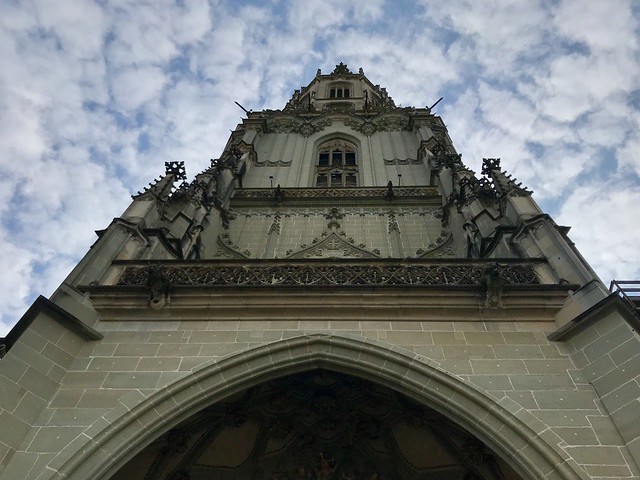 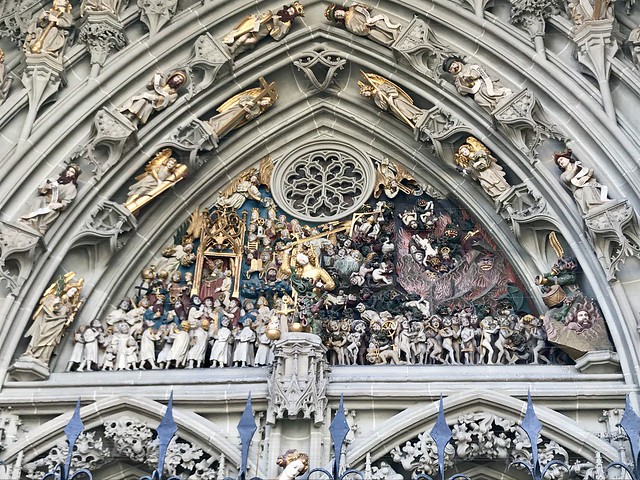 While you explore keep a lookout for the more than 100 colorful fountains built in the mid-16th century scattered around the old town and stop to take a sip of the water that still flows through most of them. If you need something more bracing, take a coffee break at Coffee Fellows on Barenplatz or sit down for lunch at Altes Tram Depot in Grosser Muristalden, where they brew their own beer in copper vats and serve classic Swiss dishes like spatzle and rosti. If you happen to be in town on Tuesday or Saturday morning, you can also take a turn through the farmer’s market and pick up picnic supplies for an al fresco lunch along the river.

An Afternoon along the River
After lunch, take a picturesque stroll along the banks of the River Aare, fed from the glaciers in the Bernese Oberland. Locals swim in the waters all year long—diving from the Schonausteg Bridge or from the steps by the Marzili public pool—and drift downstream with the current past the Parliament Building, but you’ll do fine simply walking the 3 miles to Elfenau park to burn off your carb-heavy Swiss lunch. 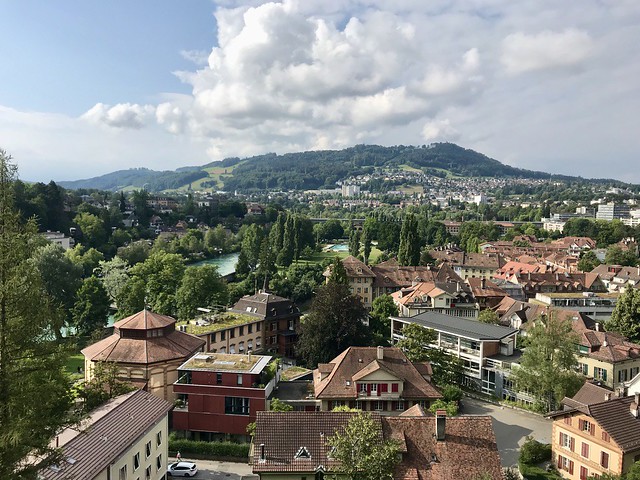 Afterwards, you can take in the views from either of the city’s spectacular overlooks: Bern Minster, the highest steeple in Switzerland with 312 steps to reach the top, or the Rosengarten overlooking the city and river, where there is a scenic coffee shop where you can relax. 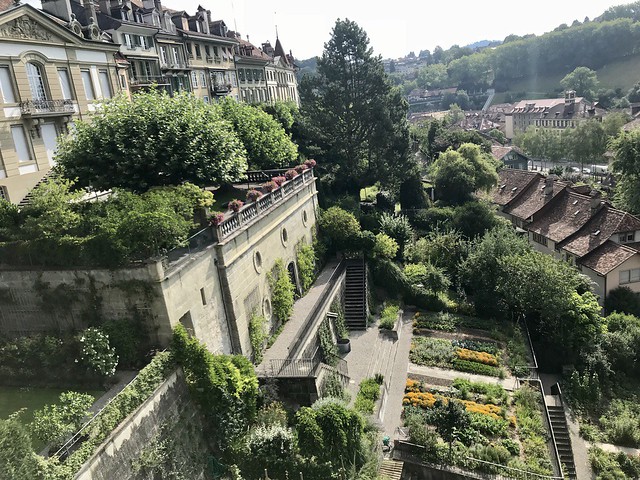 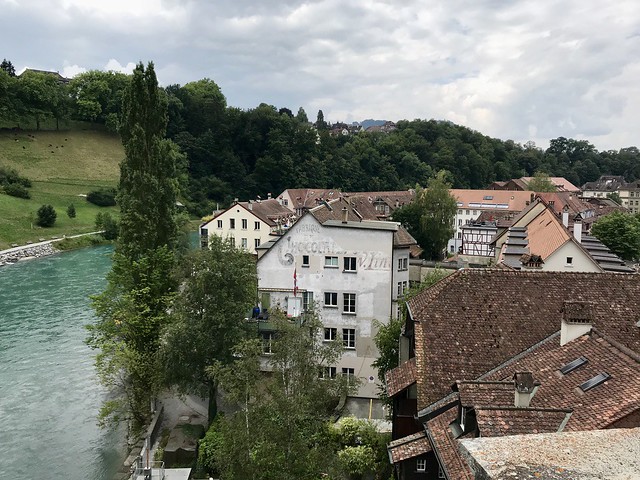 If you happen on a blustery day, you can opt to visit the Paul Klee Museum, designed by Italian starchitect Renzo Piano and home to the most important collection of works by this Swiss artist in the world. The Bern Art Gallery is nearby, and houses a small but impressive clutch of works by modern artists including Picasso. Other worthwhile rainy-day museums include The Natural History Museum and the Swiss Alpine Museum.

Dinner from Rustic to Haute
Bern shows its capital-city cred with its wide variety of dining options, from the rustic yet panoramic Schwellenmaetteli overlooking the Medieval old town from its outdoor terrace to the chic Bay, a contemporary French-inspired brasserie.

Whether you go high or lowbrow, finish your evening at On Tap, a paradise of craft beers with a dozen rotating beers on tap and over 50 bottle beers on the menu.

A Day of Discovery in the Countryside
The city of Bern is surrounded by some of the most picturesque countryside in Switzerland. Today, strike out to explore along one of the many biking routes through the surrounding hills. Rent an e-bike (or a regular road bike if you’re especially fit) and choose from options like the Herzroute (Heart Route) that takes you through the heart of the Canton of Bern or the UNESCO Tour, starting from the center of Bern and passing through some of the most delightful Alpine villages in the area. One of the most popular routes is the Tour d’Emmental through the Emmental Valley where Switzerland’s iconic cheese is produced. Stop at the Emmentaler Show Dairy and taste fresh and aged cheeses before continuing on through the hills.

If you’d like to spend a day in Bern’s beautiful countryside but biking doesn’t appeal, hop on the Gurtenbahn funicular to reach the 2,400-foot peak of Gurten above the city and take in views stretching across the Aare river and center of Bern to the snow-covered peaks of the Bernese Oberland in the distance. Explore the hiking and walking paths and relax over a leisurely lunch at the scenic Gurtners restaurant. 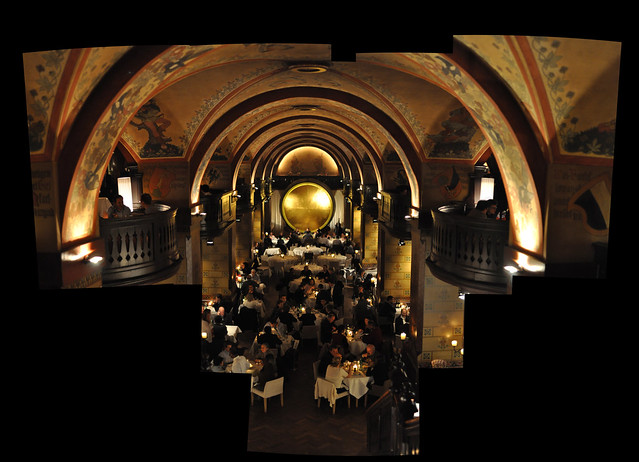 End your day of adventures with a relaxing dinner in one of the most striking restaurants in the city: Restaurant Kornhauskeller. Set in a soaring vaulted cellar, this restaurant and cocktail bar combines historic architecture with contemporary décor and cuisines. If you don’t want to sacrifice an evening of vistas, opt for the casual dining veranda at the Rosengarten for fondue with a view.