48 Hours: Portofino and the Cinque Terre

The Ligurian Coast—known primarily for glamorous Portofino, beloved by Hollywood celebrities and the world’s yachterati since the 1960s, and the fetching Cinque Terre, “discovered” in the 1980s and now one of Italy’s most visited spots—can delight just about any traveler.

With its breathtaking scenery of craggy coast dotted with colorfully stuccoed fishing villages, excellent cuisine dominated by the local specialties of pesto genovese and seafood, national parks and marine reserves best explored by foot or boat, and tony boutiques and cafés lining Portofino’s winding lanes, you will be wishing you had more than just two days to revel in this unforgettable stretch of Italian coastline.

Day One: The High Life

Begin your stay on the Ligurian Coast at the top. Literally. Perched on the hillside above Portofino, with wide views of the surrounding regional park, miniature port, and blue Mediterranean stretching into the distance, the ravishing Hotel Splendido is one of Italy’s premier Grand Dame properties and a splurge for the soul. With its panoramic terraced garden (and heated pool), luxury spa, and attentive staff armed with afternoon cocktails, you may just need a few hours to convince yourself not to spend your entire 48 hours here, happily ensconced in a deck chair. But Portofino awaits, so when you have had your fill of vistas and spritz, meander ten minutes downhill into town on foot, or grab one of the hotel’s shuttles. 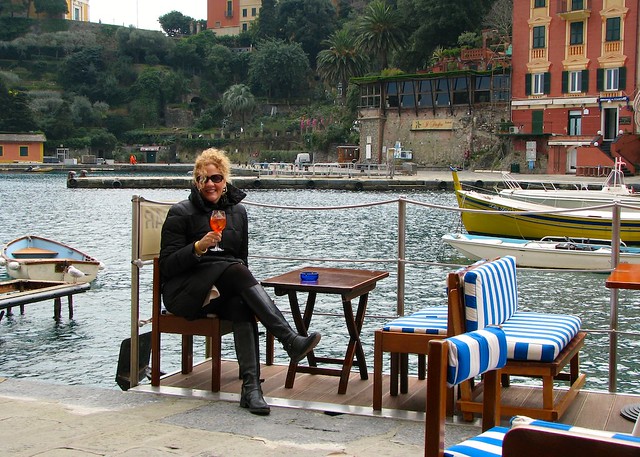 6:00 p.m.: Strolling with the Stars
Though Portofino has become synonymous with A-list travel, it takes just a quick glance to remind visitors that this buzzing hotspot was for centuries a tiny and remote fishing village. 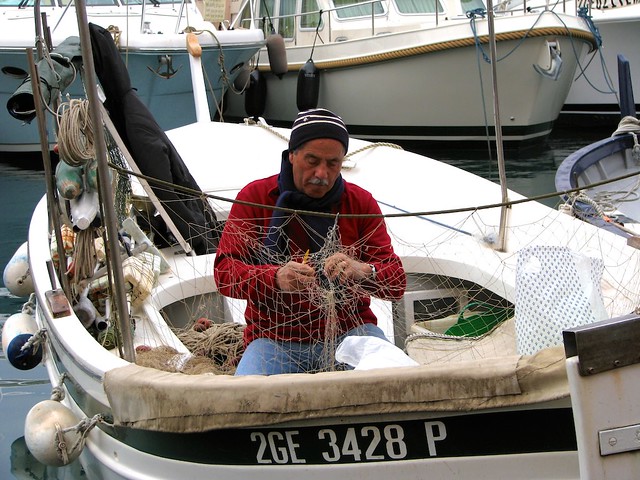 Despite its modern guise as a luxury resort, the picturesque center—architecturally conserved since the 1930s-- conveys a welcoming old world charm that continues to beguile visitors (and there are many). The Piazzetta is lined with elegant cafés and restaurants and a stroll down Via Roma to admire the designer boutiques and artisan jewelry workshops is a must. The people-watching can be as absorbing as the window-shopping, however, so don’t be surprised to bump into the odd film star or random billionaire. 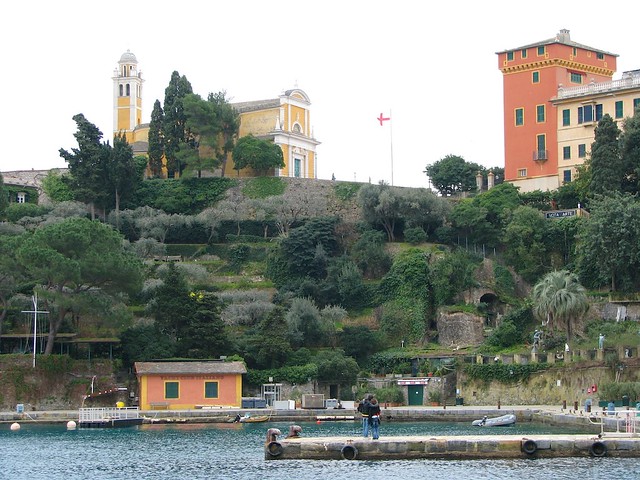 If you are feeling ambitious, climb the hill to Castello Brown, a 15th century castle that protected the harbor until it came under English attack during the reign of Napoleon. Named after the mid-19th century English consul in Genova, Montague Yeats Brown, who purchased it in 1867, the castle became the property of the city of Portofino in the 1960’s and is now a venue for exhibitions and events.

If you are not feeling so ambitious, feel free to settle in at one of the waterfront cafés and watch the world go by. We won’t judge.

Tweetable: The fishing village-cum-luxury resort of Portofino is one of Italy’s most iconic A-list destinations.

8:00 p.m.: Slow Food
You’ve probably worked up quite an appetite what with this leisurely afternoon of views, cocktails, strolls, more cocktails, and general resort-town insouciance, so a fabulous dinner is your just reward. If you’ve had your fill of star-gazing, head to the casual Ristorante Da O Batti (Vicolo Nuovo 17, Phone: +39 0185 269379), just off the port in a small piazza. This simple, tiny spot is famous for its fresh scampi (jumbo shrimp), which are served whole and come complete with tools to get them open and bowl of water to wash your hands when you’re finished. For those who want a side of chic with their dinner, port-side Ristorante Puny (P. Martiri dell'Olivetta 4-5, Phone: +39 0185 269037) is a favorite among Portofino’s villa and yacht owners. Despite the VIP vibe, the service is friendly, the food is good, and an outdoor table along the port is unforgettable. Both of these eateries require advance reservations.

Day Two: Seeing the Cinque Terre from Their Best Side

9:30 a.m.: Surf (and perhaps Turf)
The five fishing villages known as the Cinque Terre--Monterosso, Vernazza, Corniglia, Manarola and Riomaggiore—perch on and below the cliffs between the cities of Levanto and La Spezia. A Unesco World Heritage site, national park, and marine reserve, it’s easy to see why this stretch of coast enjoys so much international fame.Though most visitors use the local train line to connect between the towns, by far the best way to both view and visit these remarkably pretty hamlets is by water. 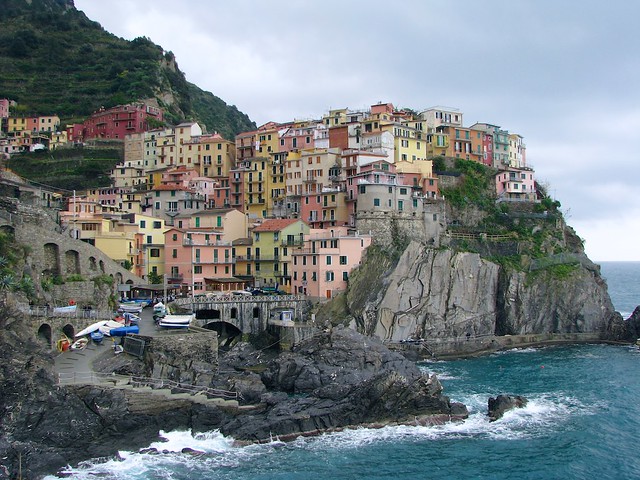 Your skipper and English speaking assistant will pick you up in Portofino and head south for a day of exploration by sea and land. You can stop in each of the five villages (Vernazza, considered by many to be the prettiest of these tiny villages, was badly damaged in the floods of 2011, as was Monterosso, but both have made big gains toward recovery, with Monterosso leading the way in terms of repairs and re-openings), deciding where to stop and how long to linger according to whim (and lunch).

If you’d like to disembark during the day to regain your land legs, you can combine a quick hike between two of the villages on the famous Sentiero Azzurro, which links the Cinque Terre along 11 kilometers of hiking trail through vineyards, olive groves, and heart-stopping, cliff-hugging track. The most famous stretch is the Via dell'Amore between Riomaggiore and Manarola, though we like the scenic—and slightly longer--leg between Vernazza and Corniglia. Your skipper can drop you off at your starting point, and meet you further down the coast to continue your sail.

Whether you spend the entire day on board or combine surf and turf, the high point of your day just may be the final stop in Riomaggiore, where you’ll relax at a panoramic local spot for a wine tasting of some of the best local vintages.

Tweetable: The stunning Cinque Terre villages are best seen by sea, though a quick hike along the Sentiero Azzuro is unforgettable.

8:00 p.m.: The Last Supper
It’s been a fabulous day and, like all fabulous days, has left you exhausted. Never fear, because dinner needn’t be a chore. If the five minute trip into Portofino to one of the two restaurants we recommend above is too much to face, settle for a quick shower and freshening up and head to the wonderful La Terrazza, right in your hotel. Request a table on the terrace overlooking the bay, and feast on local seafood or regional pasta dishes dressed with excellent Ligurian olive oil. Then sleepily wander back to your room and fall into a deep, Cinque Terre dream-filled slumber. 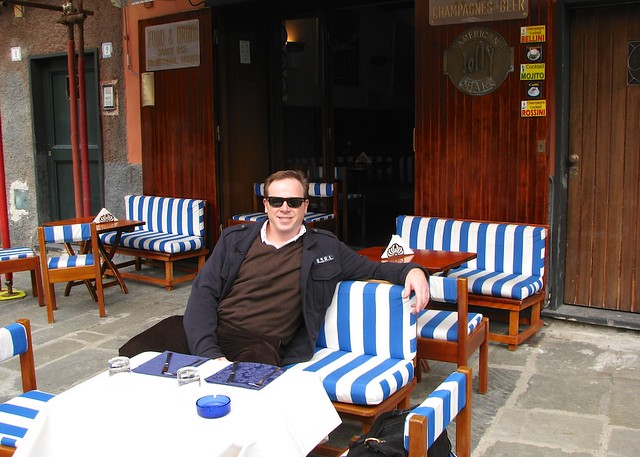 Day Three: The Quiet Side

9:30 a.m.: Contemplative Liguria
Portofino and the Cinque Terre are undeniably gorgeous...and undeniably crowded. After two days of intense crowds, you may be hankering for a bit of silence. So lace up your walking shoes, make sure to bring along plenty of water (and a thick slice of focaccia, a flat bread baked plain or with herbs, olives, or anchovies in the dough and then drizzled with olive oil), and head out on the two hour hike from Portofino to San Fruttuoso. 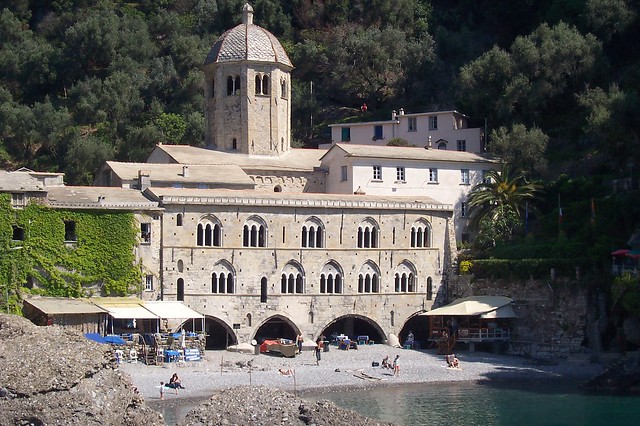 Perhaps one of the best-kept secrets of this area, this spectacularly scenic hike ends at the the Abbey of San Fruttuoso of Capodimonte near the village of Camogli. This 10th century church and monastery are literally lapped by the Mediterranean, with a tiny stretch of pebble beach separating the arched foundation from the water. Here you can linger in relative seclusion, visiting the abbey and adjacent Torre Doria 16th century tower, taking in the views, resting on the beach, or lunching at one of the tiny local restaurants. Regular ferries depart for Portofino, for a less strenuous but equally panoramic return trip.