Vermeer’s “Girl with a Pearl Earring” in Bologna

“Vermeer: The Golden Age of Dutch Art” exhibition, runs in Bologna’s Palazzo Fava until May 25th. A Day in Orvieto

Orvieto is one of the most popular day trips from Rome, and not without good reason. Easily reached from the capital city by car or train in little over an hour, and directly off the main highway A1 almost exactly midway between Rome and Florence, Orvieto is perfect for either a day trip for travelers visiting Rome who want a little taste of an Italian hill-town, or for those looking for that perfect stop-over to break up the trip between two of Italy’s most famous cities. We so love making pasta ourselves, that we feel learning to roll out those paper-thin sheets of egg and flour alchemy is a fundamental part of any visit to Italy and we encourage travelers to indulge in a hands-on lesson. 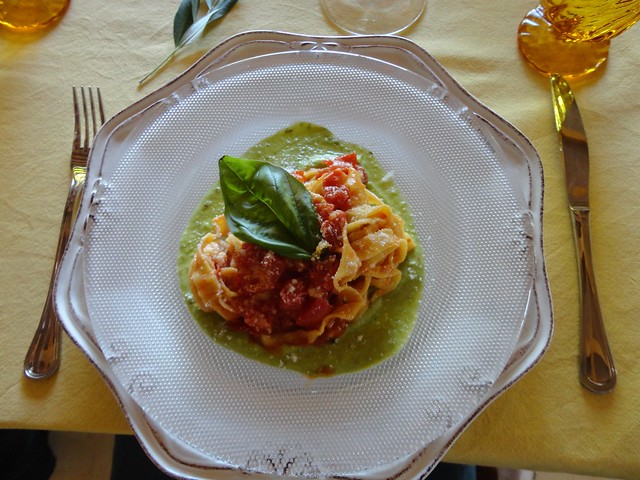 Is it so surprising, then, that even Venice’s Carnival celebrations are the most elaborate in all of Italy? Read More…

So...You Want to Ski in Italy

When thinking of Italy, certain images always spring to mind. The iconic monuments (Rome’s Colosseum, Florence’s Duomo, and Venice’s Grand Canal), the countryside’s rolling vineyards and hilltowns, the rugged coast with its sheer cliffs and tiny, colorful fishing villages. What many tend to forget is that the entire northern border of Italy runs through the Alps and Dolomites, skirting some of the highest and most dramatic mountain peaks in Europe.

Which means, of course, that if you want to ski, Italy is the perfect destination. Read More…

If you think that Charlie Sheen has a corner on the bad boy-slash-artistic genius market, think again. Centuries before temperamental Hollywood actors were trashing hotel rooms and scandalizing the morally upstanding,16th century Baroque painter Caravaggio was blazing the trail of high-profile excess and brawling, a route which led from Rome to Naples to Malta to Sicily and back to Naples as he sought to keep a step ahead of the law and his personal enemies. Read More…