Emilia Romagna is a region famous for its food, most notably Parma’s prosciutto di Parma and Parmigiano Reggiano and Bologna’s tortelloni. But just a short drive from both of these cities, traveling gourmands can stop in the countryside outside of Modena or Reggio Emilia to sample another of the region’s unique specialties: balsamic vinegar. 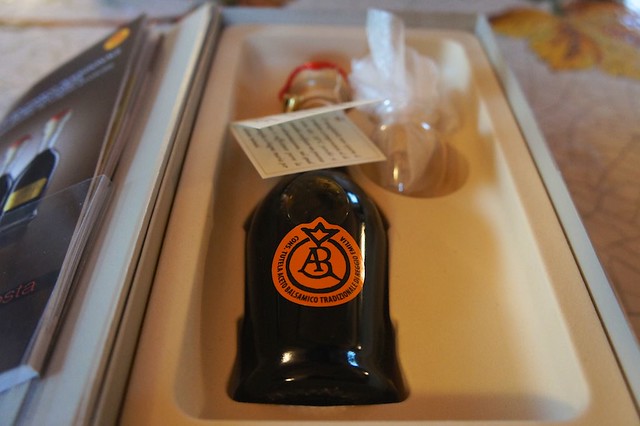 If you are thinking of that jarringly sweet syrup that has become vogue to dribble on anything from salad to steak, think again. Supermarket shelves are stocked with cheap commercial knock-offs, but real Aceto Balsamico Tradizionale di Modena or Aceto Balsamico Tradizionale di Reggio Emilia is a costly and prized elixir, sporting an EU protected status as rigorous as that of wine.

Traditional balsamic vinegar (which, by the way, contains no balsam...the name derives from the Latin balsamum, meaning curative) is made from mosto cotto, or a reduction of grape must from Trebbiano and Lambrusco grapes. The silky liquid is then fermented during a long aging in wood barrels which lasts from a minimum of 12 to over 25 years, before being conserved in miniature bottles with color-coded caps to indicate how long it has been aged. 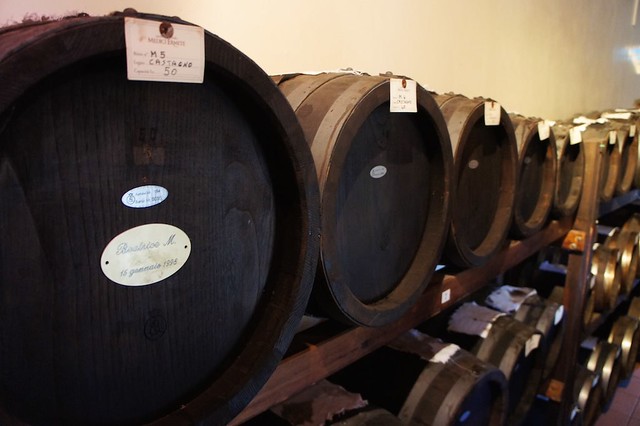 Touring an artisanal balsamic vinegar producer—known as an acetaia—is a lesson in the value of time and patience, we recently learned. Here you see where the must is boiled down to between 50% and 70% of its original volume over 12 to 24 hours, and then transferred to the badessa, or cask where the first fermentation occurs. From here, the liquid is moved to aging barrels, which are made from a variety of woods depending upon the individual acetaia, including oak, cherry, chestnut, and juniper, and organized in sets of decreasing size from 50 to 15 liters.

You can also witness the solera, a traditional method of fractional blending in which a small amount of vinegar is withdrawn from the smallest barrel in the set and replaced by vinegar from the next largest barrel. The final and largest barrel in the set is topped off with new vinegar from the badessa, so that all finished vinegars contain a blend of different ages of fermented must. This delicate decanting and topping off process is a skill passed from generation to generation, and requires both skill and instinct to correctly judge the right moment and proportion. 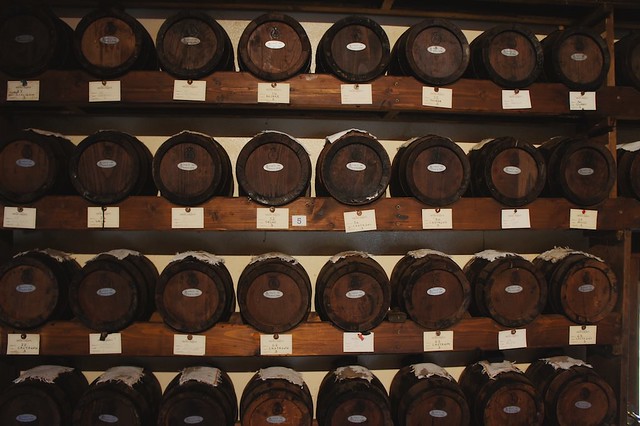 The visit ends in the final aging rooms, a wine cellar (or, in most cases, attic) in miniature with tiny barrels lining the walls with their precious contents. The space is thick with the scent of the aging vinegar, and stays with you for hours after you leave. A portion of the vinegar, known as “la quota degli angeli”, or the angels’ share, evaporates during the aging process, and you can almost feel the vinegar droplets permeating the air.

Afterwards, visitors can sample vinegars at a variety of ages, sipped from tiny glasses like a rich, deep brown liqueur. It has a pervasive, complex flavor mixing the sweetness of the concentrated must, the bite of fermented vinegar, the depth of caramelized sugar, and the spiciness of the aged wood. These are not to be wasted on mixed salads, but to be savored with tiny bites of cheese or fruit. 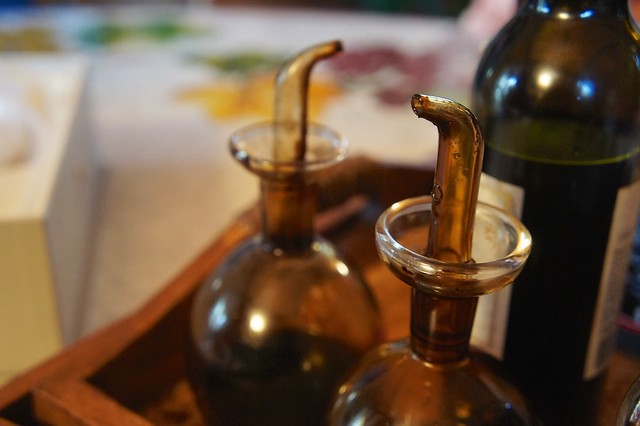 Most acetaie sell their precious wares in tiny, jewel-like bottles which can be taken home as a tasty memento of your memorable visit.