An Italian may dine without wine on occasion. An Italian may even skip the pasta, skimp on the olive oil, or shun parmigiano. But a meal without bread in Italy is akin to sacrilege.

Leavened bread has been a staple of the Italian diet since Roman times, when the improvement in milling techniques and appearance of higher quality grains from Asia like wheat, replacing spelt and barley, brought about an explosion of bakeries and types of bread. In the 2,000 years hence, the variety of breads in Italy has become as vast and unique as other regional specialties including cheese, pasta, and charcuterie. 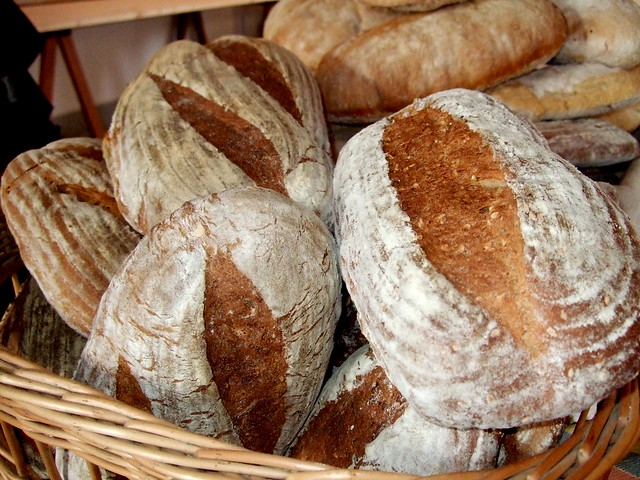 Today, most Italians buy fresh bread each day either from the neighborhood “fornaio” or from the local grocery store, many of which stock bread from local bakeries. Bread is consumed fresh with meals, and day-old or stale bread is used in a number of traditional recipes, including panzanella, pappa al pomodoro, and ribollita. Mopping the tasty leftover sauce from your plate with a slice of bread is a beloved informal tradition known as the “scarpetta”, or little shoe, but is generally frowned upon in fine dining establishments and in polite company. 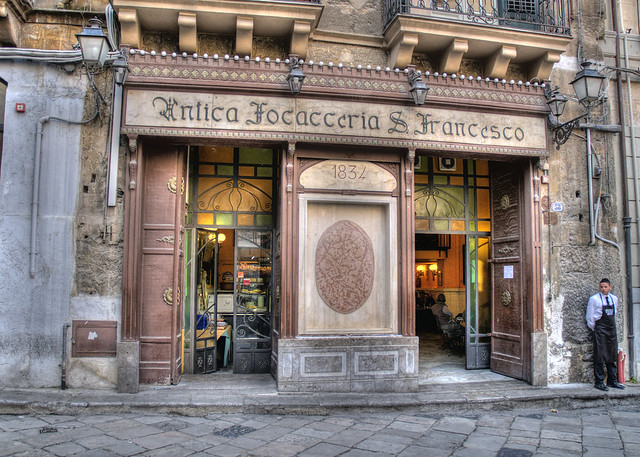 Here is a guide to some of the most common types of bread found in Italy to help you navigate the pane, panini, and panetti the next time you're dining in Italy!

Many regions of Italy still eat a very simple type of unleavend flatbread harking back to its “cucina povera”, or rustic cooking, which are served most often as streetfood or snacks. Here are a few of the most interesting to sample:

Cecìna – This Tuscan specialty is made from a simple batter of water, olive oil, and chickpea flour, and seasoned with sea salt, black pepper, and rosemary. The resulting flatbread resembles a thin, crisp pancake.

Farinata – Almost identical to cecina, but native to Liguria.

Pane Carasau – This Sardinian bread is a paper-thin, crisp cracker that is made in huge sheets and then broken into smaller pieces. Also known as Carta di Musica (sheet music), it is baked twice, so can keep fresh up to a year, and is generally served drizzled with olive oil and sprinkled with salt, or moistened with a savory sauce. 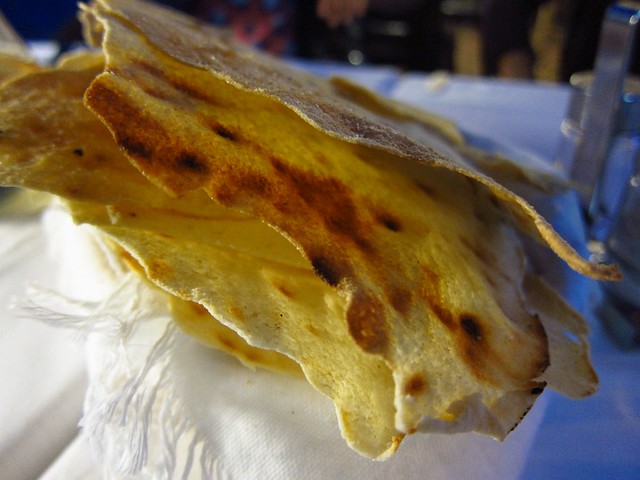 Piadina – Originally from Romagna but common in most of central Italy, this tortilla-like flatbread is made of flour, lard, salt, and water, cooked on a griddle, and filled with cheese and meat for a filling snack on-the-go. You will most often see them made in a “piadineria” take-out, or from a piadina truck parked in the local piazza.

More often eaten as “merenda”, or a between-meal snack, or as finger food during an aperitivo than used to accompany a meal, when made and served fresh, these savory treats are unforgettable.

Focaccia – This thick and chewy pizza is baked in an oven, and can be seasoned with anything from simply salt and olive oil to a variety of sauces and toppings. Focaccia bianca, focaccia al pomodoro (with fresh tomato sauce or tomatoes and herbs), and focaccia alle olive are the most common varieties. 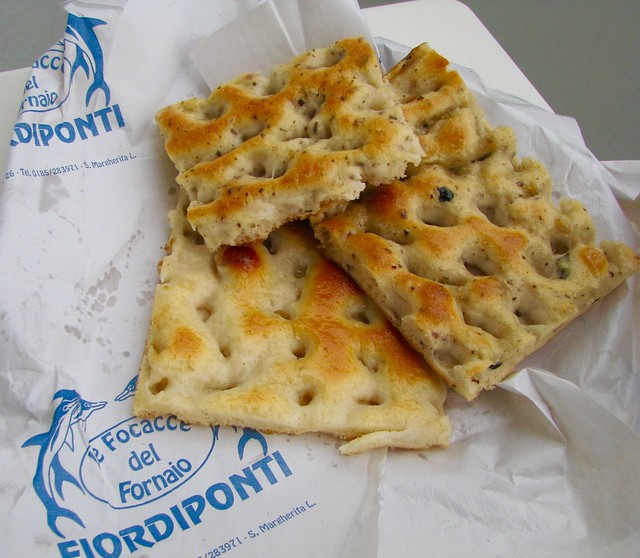 Friselle - Friselle are ring-shaped rolls which are baked, sliced in half, and baked a second time to render them tooth-breakingly hard. They are then topped with fresh tomatoes and olive oil and let sit until the juices and oil dampen the bread, or are used in recipes which call for stale bread, like panzanella. 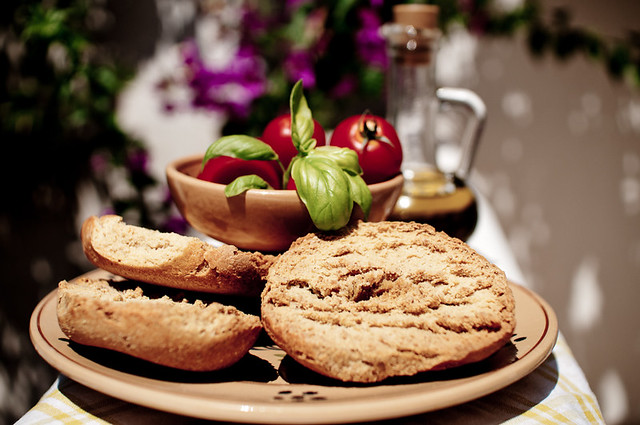 Grissini – These long, thin breadsticks originate in Turin and Piedmont, and are more irregularly shaped than commercial breadsticks. They are usually served with butter or wrapped in prosciutto. 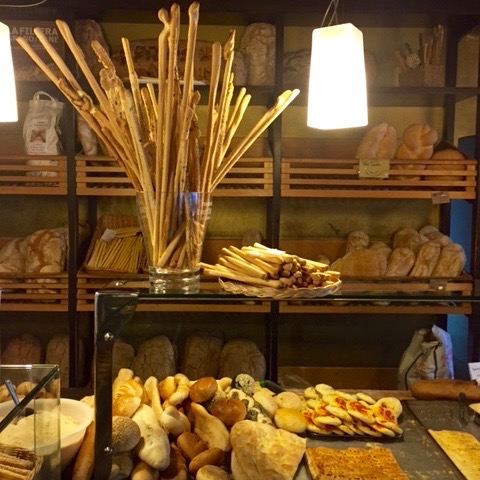 Taralli – These are essentially breadsticks shaped in a ring, and are common throughout Southern Italy. Though there are sweet varieties, taralli are more often savory and flavored with fennel seeds, rosemary, salt, or sesame seeds. In Venice, Bossolà are also crisp breadsticks baked in a ring form.

The loaves in this category are served to accompany a meal, and most have the thin, hard crust and moist, chewy crumb that is associated with Italian bread. Italian bread loaves are traditionally quite large, as they had to feed a large extended family. Today, you can simply ask for a portion of a loaf, and the baker will cut it for you. 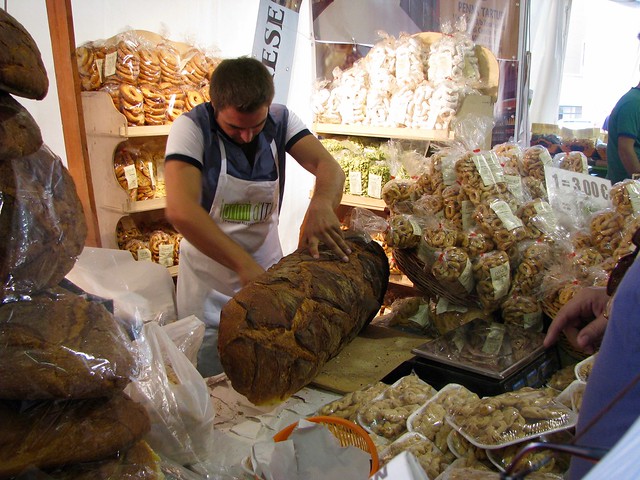 Ciabatta – Shaped like a slipper, or “ciabatta”, this Ligurian wheat bread is long and flat, with a narraw indentation in the center. It has a crisp crust and a soft, porous crumb and can be found across Italy.

Ciambella -This ring-shaped bread had a formidable crust but a soft crumb, and is made in Puglia and Basilicata.

Coppia Ferrarese IGP – This historic bread dates to 1287, when bakers in Ferrara began to produce a sourdough bread in the shape of scrolls known as “orleti”. Each loaf is made with two twisted lengths of dough knotted together at the center, with the ends fanning out into four “crostini”, or spokes. Made with flour, lard, olive oil, and malt, this golden, aromatic bread is only made by 300 bakeries in the province of Ferrara. 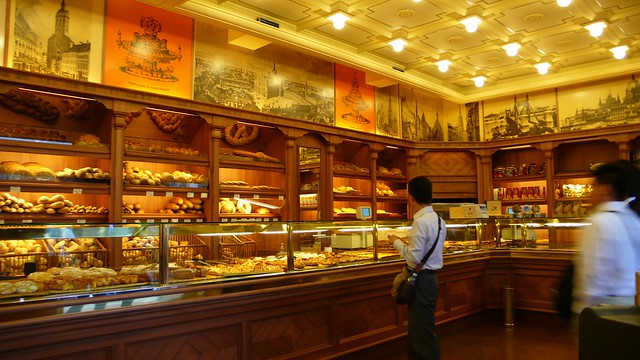 Pane Casareccio (or Comune) - Every region has a version of “pane casareccio”, which simply means basic, homemade bread. That said, the versions most commonly found in Tuscany and Umbria are made without salt, which can be an unpleasantly bland surprise for those who are expecting flavorful bread. Without salt, the bread stays fresh longer and so was easier to keep between the weekly household baking day in the past. Central Italians use their bread primarily as a fork, and unsalted bread is a good foil to the salty cheeses, charcuterie, and savory traditional cuisine in the area. 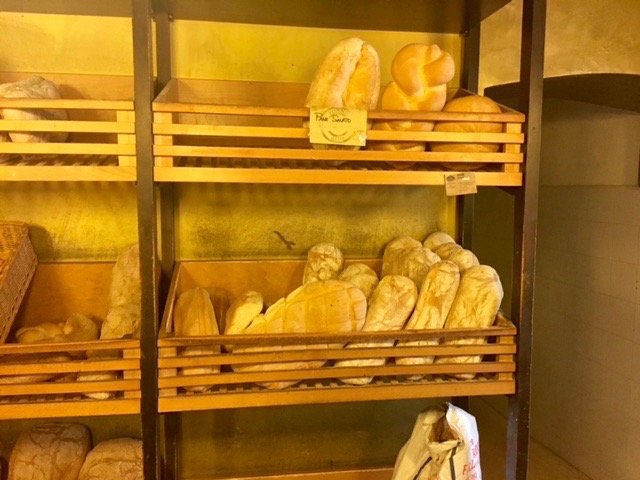 Pane di Genzano IGP – This beloved famous bread is baked in “soccie”, or wood-burning ovens in Genzano, just south of Rome. This bread became popular in the city of Rome during the 1940’s, when the long or round loaves were delivered fresh each morning and remained aromatic for a week. Now a protected regional specialty, it is made from select ingredients including natural yeast, mineral salt, water, and flour.

Pane di Altamura DOP – In the past, local families would prepare their own bread dough, which would then be baked in a large comunal wood-fired oven with loaves from everyone in the village. To recognize their finished loaves, each family would stamp their initials into the dough, and later professional bakeries would do the same. Altamura bread, made in this town near Bari, is made of durum wheat grown in the Murgia area, is formed into large, round loaves, and has a distinctly crisp crust and aromatic crumb. 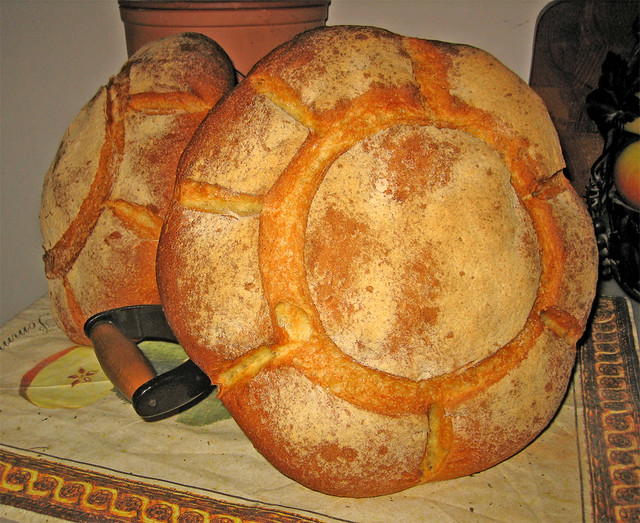 Pane di segale -The bread in Alto-Adige is similar to those found right over the border in Germany and Austria, which means that this is the only area in Italy where rye bread is common. Schüttelbrot is a dried rye bread, and Vinschger Paarl a flatbread made with rye flour.

Rosette -These light, crusty, rose-shaped rolls are hollow in the center and commonly used for sandwiches.