Until very recently, Italy was not a country known for its mixology. With the exception of a limited number of homegrown aperitifs, your best bet for an evening drink was a glass of excellent local wine or, after dinner, an artisan digestivo. That has changed over the past few years, as the global cocktail trend has reached Italy and speakeasies and cocktail bars have come to replace the neighborhood café as the hip spot to unwind and socialize in the evening. 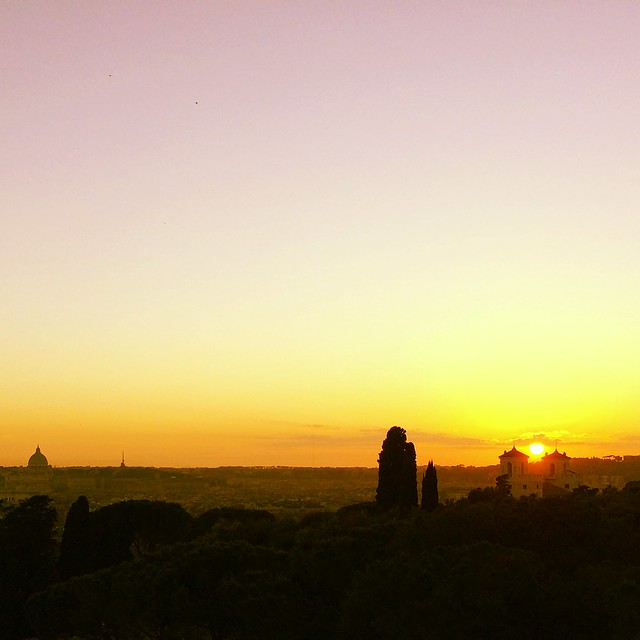 Though you can order up a G&T with small batch gin and artisanal imported tonic even in the more fashionable provincial bars, the best cocktails are found in Italy's most cosmopolitan cities. Rome has become known as the nation's mixology capital: from swank rooftop lounges to trendy speakeasies, there are an array of interesting options in the Eternal City for an aperitivo or nightcap. Here are some of the current favorites:

If you're looking for an elegant spot to take a break from the pace of Italy's capital city, the cocktail lounges and rooftop bars of Rome's luxury hotels are the perfect retreat. Most lounges serve both cocktails and light or full meals, and the rooftop cafés offer unforgettable views over the city.

Stravinskij Bar
The elegant courtyard café in the Hotel de Russie is a quiet oasis from the bustle of Piazza del Popolo and Via del Babuino, one of the most upscale shopping streets in the city. Excellent house cocktails are served with an offering of olives, nuts, and chips on dining tables or comfortable couches arranged around informal coffee tables. Prices begin at around €20, which makes a cocktail here a treat but not an extravagance.

The Gin Corner
Just a few minute's walk from the Pantheon and Piazza Navona, Hotel Adriano's unique lobby bar was transformed into an exclusive gin emporium in 2013, and is now home to Italy’s largest gin collection, with hundreds of labels on offer. The cocktail menu here is gin-centric, with martinis and G&Ts at center stage, but they also offer a wide selection of custom and classic cocktails in a trendy yet friendly atmosphere.

Hotel Locarno
Like the de Russie, the Locarno is a landmark luxury hotel off the Piazza del Popolo with a rooftop terrace offering views of the sunset over Saint Peter's Basilica on the horizon and the Piazza del Popolo below. The rooftop lounge is open for cocktails each evening, and prices reflect its prime location, white-glove service, and fabulous views. 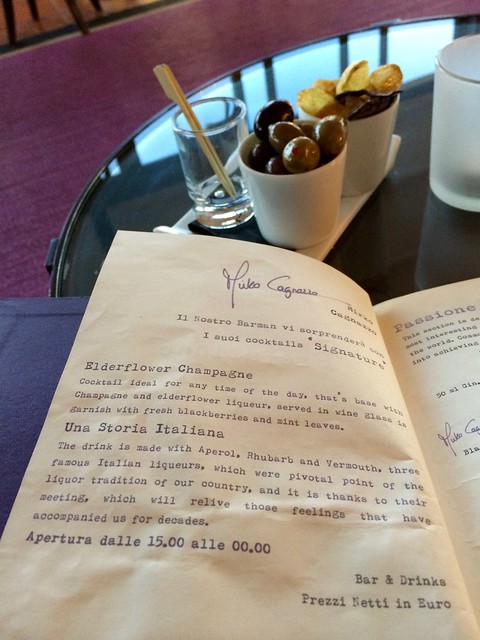 This is one of Rome's most exclusive rooftop terraces, located near the famed Via Veneto and offering breathtaking views of the Pantheon and Saint Peter’s Basilica. Original art, welcoming armchairs,and a relaxing, understated atmosphere make this a welcome retreat from the tourist crush. Reservations are recommended, especially for Thursday nights when a live DJ and tapas make this a popular spot.

La Terrazza del Albergo Cèsari
Just a short walk from the Pantheon and Trevi Fountain, La Terrazza at Albergo Cèsari has a five star view over the rooftops of central Rome with more reasonable prices. The nightly aperitivo includes classic and house cocktails, which you can enjoy on either the lower or upper level terrace overlooking the city.

Boscolo Exedra Rome
This luxury hotel in Piazza Repubblica near the Termin train station is an especially good choice on sultry summer days as its rooftop terrace has one of the few pools in the city. Take a dip during the day (there is a fee for those not staying at the hotel), and then relax with a cocktail on the curtained couches as the sun goes down later in the evening. 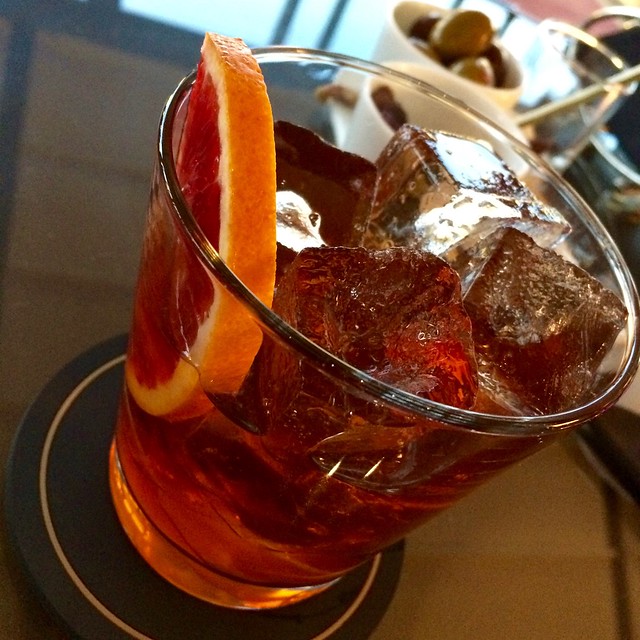 Most “cocktail bars” in Rome are regular cafés by day that transform into fashionable meeting spots for a drink and chat by night. Most offer an aperitivo with finger food beginning in the late afternoon, and after dinner drinks into the wee hours. These are an inexpensive, informal opportunity to rub elbows with the locals and relax after a day of touring.

Cafè Propaganda
Just a few blocks from the Colosseum, Brooklyn meets Paris at this French-inspired trendy cocktail bar and small restaurant. Try to get a seat at the bar to watch the mixologists perform acrobatic pouring, and grab a table at the back dining room after your cocktail for a light meal. The menu can take some time to navigate (it has reached peak hipster), but it's worth the trouble.

Bar Del Fico
Just two blocks from Piazza Navona on tiny Piazza del Fico, this small café has the perfect blend of neighborhood locals (albeit very fashionable locals), the young cocktail crowd, a few random tourists, and some slightly smug chess players to create an atmosphere that is welcoming for everyone. The pretty square is perfect for outdoor seating on balmy evenings, or grab a table in the shabby-chic interior.

Barnum Café
Made famous by premier barmen Patrick Pistolesi (also behind The Gin Corner) and Federico Tomaselli, this café near Campo de’ Fiori begins to fill up after the 6 p.m. cocktail hour, morphing into one of the city's most popular hotspots. Pistolesi and Tomaselli trained across Europe before settling in Rome, where they are considered the fathers of the local mixology scene. The cocktails here are excellent, and the surrounding neighborhood is known for its nightlife.

Co.So
This relatively new cafè/restaurant has quickly become considered one of the best in the city. The name is an abbreviation for Cocktail and Social, and you will find both here: excellently crafted drinks served in a bustling yet friendly venue. You can sit outside in the warmer months, at the indoor bar when it gets cool for an aperitivo, or book a restaurant table for an informal meal.

Fluid
For an urban club atmosphere, this basement venue tucked in the narrow, winding Via del Governo Vecchio, a short walk from the Pantheon, is a happening spot. The decor reflects the name and menu, from the undulating stone ceiling to the tables with liquid under their surface. Cocktails here tend to be a bit more pricey than other bars in Rome, but the mixologists are among the most skilled in the city and the atmosphere uniquely festive. 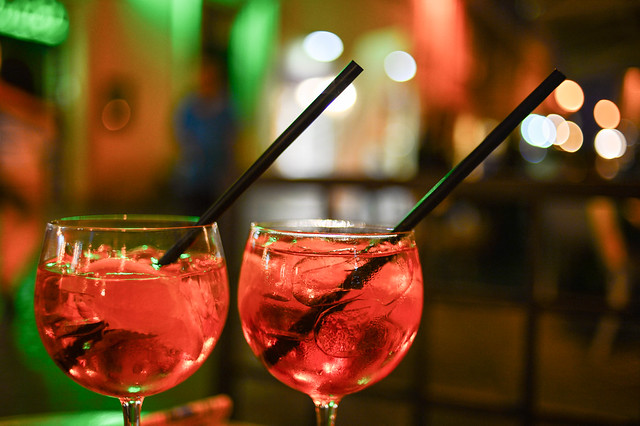 Speakesies have made a comeback from their disappearance after the Prohibition era, mostly because of the fun factor involved in finding and gaining entry to these pseudo - and not so pseudo - “secret” drinking clubs. Cities across the world now have speakesies with hidden entrances and bars tucked into backrooms, and Rome is no exception.

The Jerry Thomas Project
With space for just 35 in its single, password-protected room on the ground floor of a 500-year old building in the historical center of Rome, The Jerry Thomas Project was the city’s first, serious craft cocktail bar. Hidden on Vicolo Cellini, you need to book and receive your password to enter, but the effort is worth it. Over the past four years, the mustachioed staff has poured stellar pre-Prohibition-era classic cocktails, while simultaneously developing their own inspired drinks and style. The 1920's atmosphere, live jazz, classic cocktails and custom drinks make this an unforgettable night out.

The Barbershop
By day, a gentleman’s hair salon. By night, an elegant “members only” lounge where the requisite tattooed and bearded barmen mix up a variety of traditional and house cocktails. This basement club is open late into the wee hours, so the perfect spot for a nightcap or a chic retreat to savour the Eternal City until dawn.

Club Derriere
Located behind Piazza Delle Coppelle - hence the tongue-in-cheek name - this speakeasy can be entered by ringing the doorbell to the large mechanical door, which glides open to reveal a cozy lounge with live jazz and mixologists specialized in spicy house cocktails. With a 4 am closing time, you can relax on the vintage velvet couches for hours.

APS Keyhole
The newest speakeasy on the scene is this trendy Trastevere spot on Via dell’Arco di San Calisto, 17, with Prohibition-era decor and a reasonably-priced drink menu including both classics and personalized drinks mixed on-the-spot. You don't need a password or secret knock, but you do have to fill out a membership card at the door.