The Day of the Dead and Italy's Famous Tombs

Though you would never know it by the Halloween mania that has swept Italy over the past few years, this holiday is a recent cultural import from the US. Until just a decade ago, trick-or-treating and masquerading as witches and ghouls was unknown in Italy, and the first days of November were instead dedicated to celebrating All Saints' Day and All Souls, known together as I Santi e I Morti. 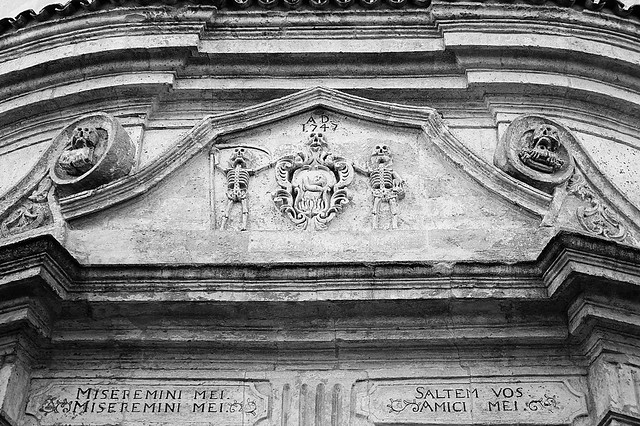 We love Halloween fun, but also value Italy's unique cultural heritage and traditional holidays. If you are visiting on November 2nd, you can experience first hand the affection that Italians feel for their deceased loved ones by stopping in at one of the country's many beautiful monumental cemeteries, which are crowded with visitors leaving flowers and lighting candles at their family tombs each year on All Souls Day. 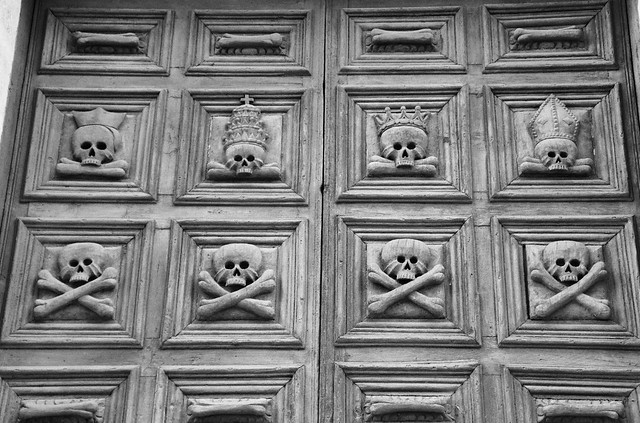 As you probably don't have any family members or friends buried in Italy to honor, here are some illustrious graves of Italy's most famous historical and cultural figures you can visit instead to pay your respects and participate in one of the most heartfelt holidays on the Italian calendar.

Niccolò Machiavelli
Alongside Michelangelo, Galileo, and Rossini in Florence's Church of Santa Croce lies the tomb of one of history's most famous - and misunderstood - political theoreticians, whose pragmatic advice guided the policies of the Medici during the height of their power in the late 15th and early 16th centuries. Considered by many to be the founder of modern political science, this diplomat and philosopher both described the use of immoral behavior to manipulate politics and inspired many thinkers during the Enlightenment to espouse democracy. A nod to his lasting influence seems particularly apt this year. 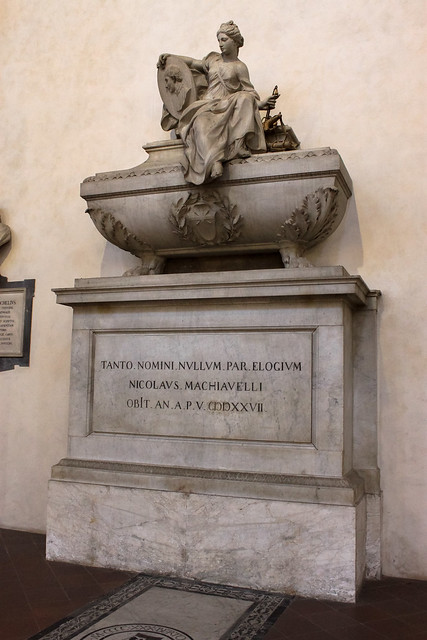 Dante Alighieri
The tomb of the father of Italian literature lies far from his beloved city of Florence, as his remains are kept in Ravenna, where he spent his final years of political exile. His Divine Comedy, written in the vernacular rather than Latin, is one of the masterpieces of world literature and a pillar of the Italian language and culture, studied and admired more than seven centuries after it was penned. Last year, Italy held a number of events celebrating the 750th anniversary of Dante's birth and highlighting the poet's continued influence on art and literature. In the 19th century, a tomb was constructed in Florence's Santa Croce church for Dante's remains in the hope that Ravenna would send them back to his home region of Tuscany, but the memorial remains empty to this day. 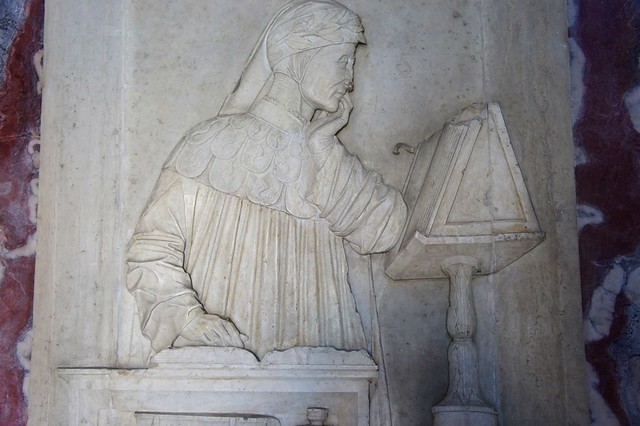 Giuseppe Verdi
One would think that Italy's most famous opera composer would list La Traviata or Aida as the works which gave him the most satisfaction, but instead he pronounced his most gratifying legacy the home for retired opera singers and musicians he founded in Milan in 1896. Casa Verdi, his retirement home for musicians, is funded by royalties from the composer's operas through the Verdi Foundation, and has provided a comfortable residence for those who dedicated their lives to music for over a century. Visitors can tour the rest home and view Verdi's personal effects and art collection, and stop to pay homage to one of the world's most famous composers at his tomb on the grounds. 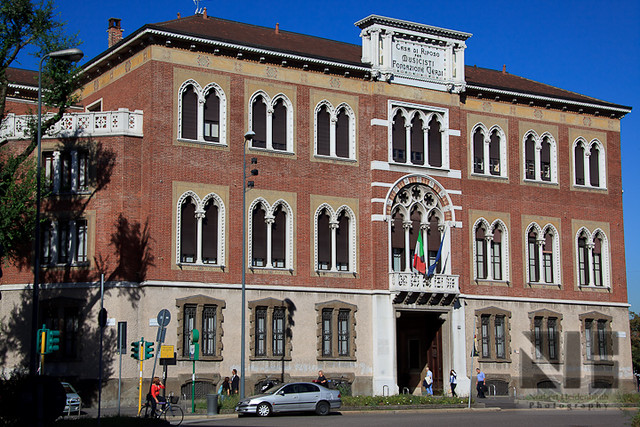 Raphael Sanzio
This artist is one of the few not buried in the Santa Croce church in Florence but instead in the Pantheon in Rome, which he considered the city's most beautiful church when he died in 1520. During his short career, Raphael established himself as one of great masters of the High Renaissance alongside Michelangelo, buried in Santa Croce, and Leonardo da Vinci, buried in France. His works can be found in Le Marche and Tuscany, but the most concentrated collection are the frescoed Raphael Rooms in the Vatican museums, considered his great masterpiece. Raphael's tomb is flanked by those of two Italian kings and a number of lesser-known artists, architects, and composers, all buried in the Pantheon since the Renaissance. 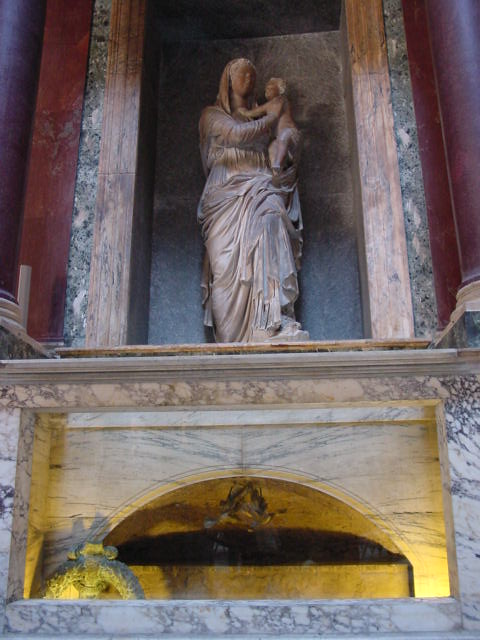 Federico Fellini
The main entrance of Rimini's Cemetary is dominated by an imposing bronze monument designed by sculptor Arnaldo Pomodoro in the shape of a ship's prow, home to the remains of one of the world's most influential film directors and his wife and muse, Giulietta Masina. Fellini directed for almost 50 years, creating iconic films like La Dolce Vita and La Strada and his baroque, fantastical style has influenced generations of film writers and directors, including Tim Burton, Terry Gillian, and David Lynch. He died in October of 1993, and his memorial service in Studio 5 at Rome's Cinecittà was attended by over 70,000 mourners. 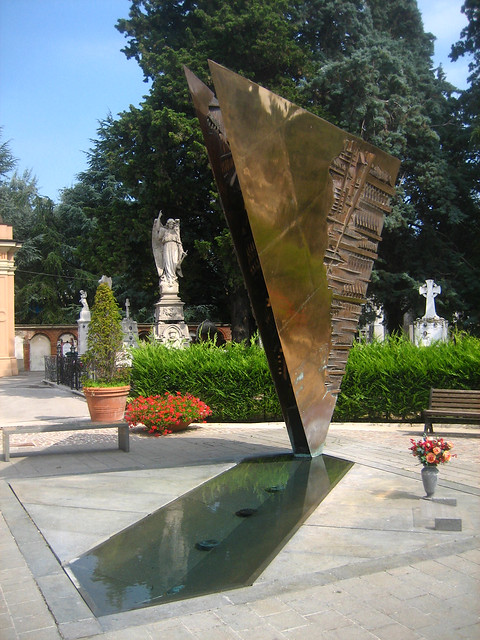 
Related post
I Santi e I Morti: Italy's All Saints and All Souls Days
Fave dei Morti: A Sweet Treat for A Bittersweet Holiday
A Halloween Homage to Italy's Tasty Bones