A Day in Turin

Turin, Italy's fourth largest city and the most important urban center in the gourmet paradise of Piedmont, is often overshadowed by nearby Milan, Italy's fashion and finance capital. But Torino has an understated elegance, vibrant café culture, and world-class set of museums and sights that make it one of the most captivating cities in the north.

This year, Turin has a number of diverse attractions and events that will be drawing more than its usual number of visitors. One of the city's most famous treasures, the Shroud of Turin, will be on display in the Cathedral from late April through June, a rare event that has attracted over a million visitors in the past. The newly renovated Egyptian Museum, which has almost doubled in size with the addition built over the past five years, will be inaugurated on April 1st. And, of course, the 2015 World Expo kicks off in Milan in May, during which the city will probably see a spillover of tourists venturing into Piedmont from among the tens of millions expected to visit the Expo.

If you will be among those drawn to the city as Shroud pilgrim, Expo refugee, or simply curious traveler, here are some of the highlights of this unique, memorable city.

Turin's most distinctive feature and symbol of the city is the Mole Antonelliana, whose square-shaped dome topped by a towering pinnacle dominates the city skyline. Built by architect Alessandro Antonelli between 1863 and 1889, this landmark building was initially to be a synagogue, but when the project went dramatically over budget, the Jewish community withdrew and the city took over, finishing the work and dedicating the building to Victor Emmanuel II, united Italy's first king. It now houses the unremarkable National Cinema Museum (and is, as such, the world's tallest museum), but the real attraction is the internal glass elevator which whisks you up to the observation deck. From here, you have a sweeping view of the city, framed by the Piedmontese countryside and the snowy peaks of the Alps in the distance.

The National Cinema Museum can be skipped, but the city's excellent Egyptian Museum is a must-see. It has been partially closed for the past five years for a complete renovation and expansion, and will be reopening in its entirety in April of this year. This fantastic collection is the second largest in the world, after that of Cairo, including pieces collected on the behest of King Charles Emmanuel III and those added through the acquisition of other private collections. Though the public has yet to see what the newly remodeled building will look like, we hope that the historic section retains its Old World, colonial character that makes it look a bit like Indiana Jones is the curator.

The city's Palazzo Reale was built in the 17th century as the official residence of the House of Savoy, which would reign in united Italy until World War II. A wonderful example of Baroque architecture, together with the Palazzo Madama also located in Piazza Castello, we especially love to visit the Hall of Arms, with its models of knights and armed horses.

If you're on a family trip, you may want to stop by Valentino Park along the Po river to visit the Medieval village and castle, a faithful historic replica built for the General Italian Exhibition of 1884. Here you can pass over the drawbridge into the “town” (with its inn, workshops, houses, church, and fountain) and castle, as seen through the eyes of 19th century planners.

If even imitation history is too much for you, move into the 20th century with a visit to the fantastic Automotive Museum (Museo dell'Automobile di Torino), located near the historic Lingotto factory. Torino is where Italian automobile manufacturer FIAT is headquartered, and so it comes as no surprise that one of the largest collections of cars on display in Europe is located in this historically automotive town. From the first models ever produced to futuristic prototypes, this collection will interest everyone from true enthusiasts to casual visitors.

Shopping malls are not very common in Italy (though, sadly, they have become much more numerous over the past decade), but Turin has one of the most unusual. 8 Gallery is located in former Lingotto Fiat car factory, which closed in the 1980's and was subsequently renovated and reopened in 1989 as Renzo Piano-designed public space including concert halls, a theater, a convention center, and a shopping mall. The historic roof test track remains, so when you get tired of perusing the 100 or so shops, you can head to the top floor to take a look. 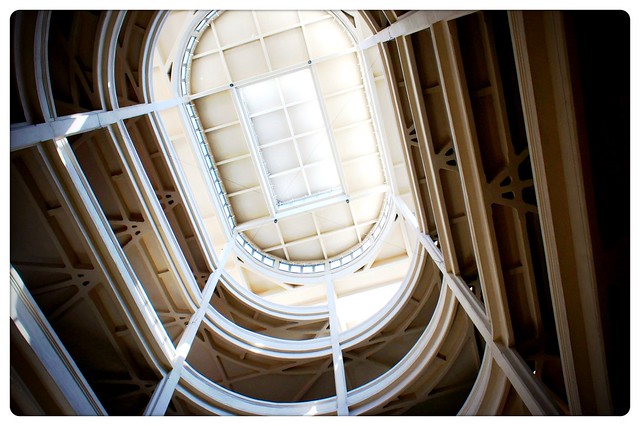 The most fashionable street in Turin is the porticoed Via Roma, which is lined with boutiques and designer stores. Make sure you stop in the adjoining Piazza San Carlo for a pick-me-up Bicerin at one of the square's many cafés.

Turin, like all of Italy's cities, has a number of open air markets selling everything from produce to antiques. The most frequented is the Porta Palazzo market in Piazza della Repubblica, said to be the largest market in Europe. It is indeed sprawling, and an interesting peek into the world of the Italian market for the first time visitor. The site is taken over the second Sunday of each month by the Gran Balon antique market, equally large and stuffed with vendors.

Somewhere in the grey area between shopping and dining falls Eataly, the gourmet chain that now has outposts in various locations across Italy and the world, but which originated here in the former Antica Carpano vermouth plant across the street from the historic Lingotto factory. This part gastronomic shop, part food market, part restaurant court is an enormous complex filled with the best local and artisan specialties from Piedmont (and other regions in Italy). There are about ten restaurants inside serving everything from gelato to Alpine cheeses to white truffles from Alba. 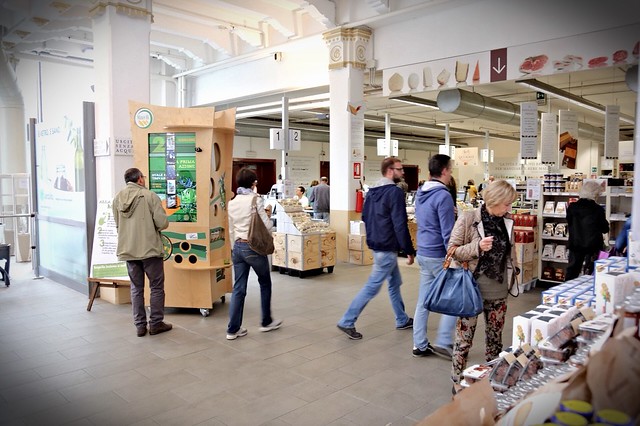 Turin also has a strong café culture, with a sweet Bicerin at Piazza della Consolata Al Bicerin (where the coffee and chocolate drink was first served) punctuating the afternoon and a lively cocktail at Piazza Castello's Caffè Mulassano or Baratti & Milano beginning the evening. Vermouth was invented in Turin in 1786 by Antonio Benedetto Carpano, and the Carpano brand Punt e Mes vermouth amaro and Antica Formula vermouth alla vaniglia are two of the most popular aperitivi in the city.

For a sit-down meal to savor Piemonte's famed cuisine, try Ristorante Consorzio in the charming Quadrilatero Romano neighborhood, where the family hunts the truffles and produces the wine themselves, and isn't shy about proposing challenging traditional dishes like quinto quarto (offal) alongside local crowdpleasers like bagna cauda and tajarin.