We've had a year that has made us particularly thankful, with the celebration of 10 years of CIU Travel, good health, and the support of family, friends, and clients in our personal and professional adventures. All this gratitude led us to revisit this post from the archives about our first Thanksgiving celebration in Italy in 2011.

We'll be stateside this year, but hope to roast another Italian turkey to celebrate internationally not too far in the future. In the meantime, we give thanks (in English) and wish everyone a wonderful Thanksgiving holiday!

Spending Thanksgiving away from the US has become a tradition for us. We started 8 years ago with a quick weekend visit to Italy from Germany where I had just landed a full-time singing job. We followed that up with three German turkeys from the farmers market in Dortmund and a gaggle of singers and other friends crowded into our IKEA-filled apartments while the slate gray skies over the Ruhr Valley spat rain on our holiday preparations. 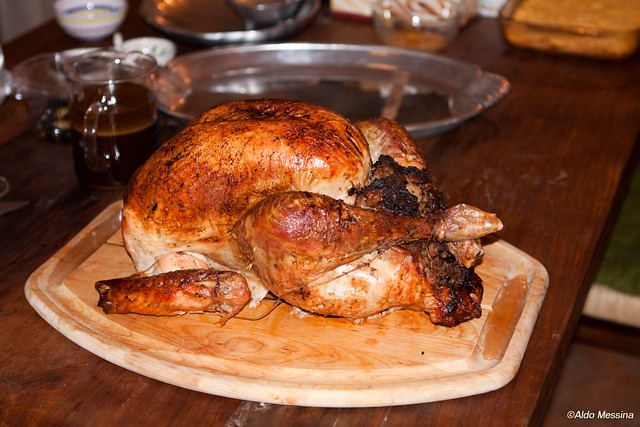 When I stopped singing in Germany, we finally concentrated our belongings under one roof in central Italy. We had always promised our Italian friends that one year we’d introduce them to a“real” American Thanksgiving dinner, so when we returned to Italy in mid-November of 2011, we began preparations for the great feast.

The most difficult part of an expat Thanksgiving can be sourcing the necessary ingredients, like cranberries, sweet potatoes, pumpkin and a turkey that has been left whole and is of sufficient size to feed a group of 12. If you are thinking, “you’re in Western Europe in a well-developed country with international tastes,” think again. The first part is absolutely true; it’s the lack of curiosity for international tastes that causes problems in Italy. Remember, this is a country where trying to open a kebob stand or Chinese restaurant will land you in front of the town council and in the newspaper. No, the Italians like their food (justifiably!) and don’t go in much for stocking their market shelves with culinary oddities from around the world. They’re just not interested.

The turkey proved the easiest part and turned out to be one of the best I’ve ever prepared. We wanted the turkey to be as local as possible so I had a long discussion with the butcher around the corner about getting an 8 -10 kilo free-range bird (there are at least 8 butchers in our town but I like the one about 50 yards from our front door – local indeed). At the butcher shop in Italy nothing is ever as simple as saying “I’d like to order a turkey”. 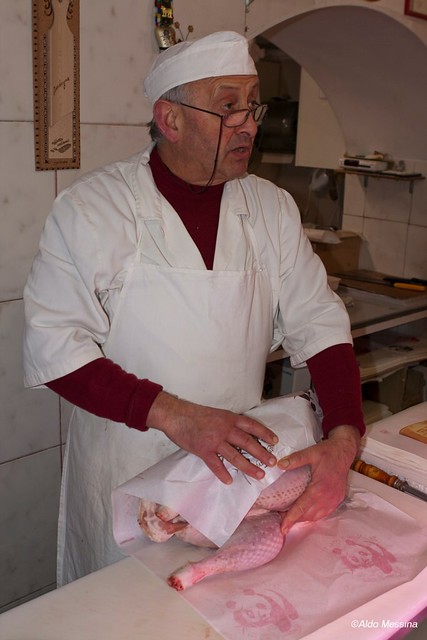 No, the size must be discussed, the location of the farm, and of course the sex of the bird in question. I was informed that 8-10 kilos is not “natural” for a turkey. The females end their days in the garden at somewhere between 6-7.5 kilos and the males at 11 kilos or over. I was further informed that a female would be more tender and flavorful than a male so it was decided that he would get the largest female turkey he could find in Cannara, a small village in the plain between Spello and Bettona. 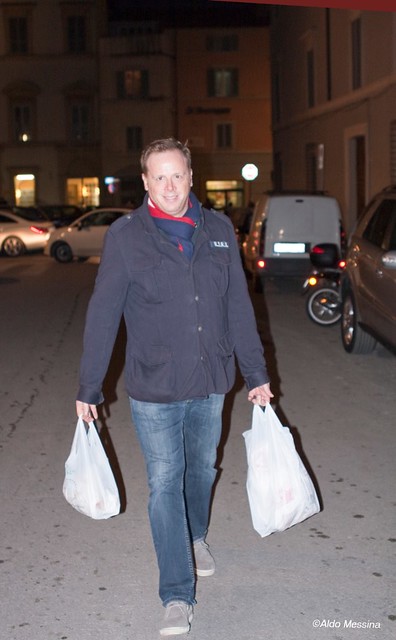 (
Photo by Aldo Messina for Concierge in Umbria via Flickr)

Turkey solved, our attention turned to sweet potatoes, pumpkin puree and cranberry sauce. After doing a little recon around town in Italy it was clear that these three items would require a bit more searching and casting a wider net. As luck would have it, I was going to Berlin on a singing related matter, and it was decided that I’d pay a visit to the KaDeWe food court. (KaDeWe is the “Macy’s” of Germany. Their flagship store in Berlin should be on every visitors’ itinerary). I found the sweet potatoes in seconds but the cranberries were sold out and the Libby’s canned pumpkin was 8 euro a can! That’s about $11. 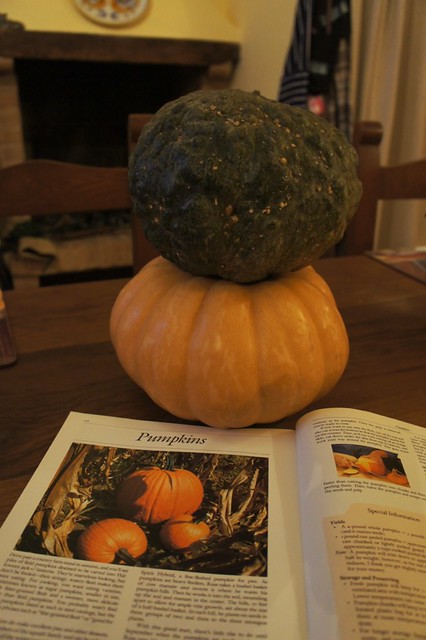 So, Maria Gabriella researched the best local pumpkins to use for pies, and came up with two varieties, the Marina di Chioggia – an Italian green winter squash and the Italian equivalent of a sugar pumpkin. She seeded and roasted them, pureed the flesh and combined the two, adding spices and super top secret ingredients to create one of the best pumpkin purees I’ve ever tasted. I used this for filling the pumpkin ravioli. And the pies were delicious – as was the apple crumb she also baked.

We were now focused on our biggest challenge – cranberries. Cristina, our friend and CIU assistant, emailed a couple of local cooks and other Americans to see where they sourced their cranberries. She received cryptic responses and evasive answers like “You can’t find them in Italy” and “I use a substitution”. The finality of the first answer and the lack of information of the substitute in the second made me think that there must be a secret stash of Ocean Spray in some ancient vault next to the bones of a long forgotten Etruscan. The next day, we found the vault and pried three dusty baby food jars of cranberry sauce from the mummified remains of a Roman gladiator. I can’t tell you where he got them but I’ll be going back next year to get some more.

Everything was now coming together. As for the rest--invite the guests, cook the food, open the wine, and enjoy the leftovers--it took care of itself. One thing I didn’t plan on was the joy on the faces of our guests. Their only experience with Thanksgiving was from movies where father carves the turkey and the meal ends in an argument. 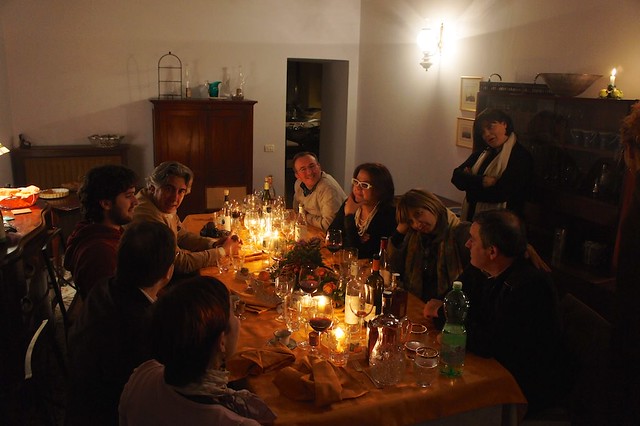 When we brought the turkey into the dining room to carve it – it did look just like the movies – but unlike in the movies, we sat at a table of warm friends, laughing and eating until well after midnight. 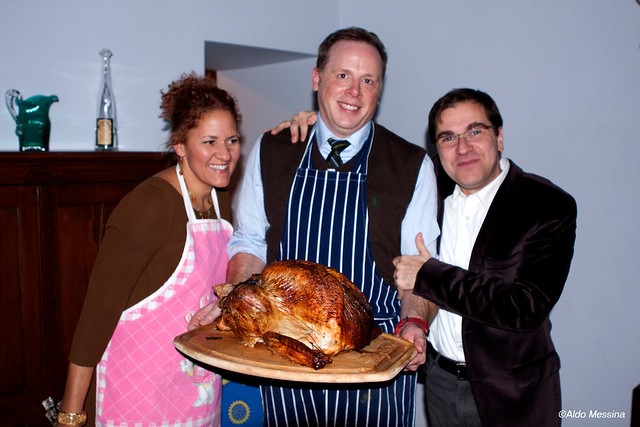