One of our favorite seasons in Italy is fall. The weather is milder, the crowds have thinned, and the seasonal produce is piled high in market stalls.

Alongside the seasonal grapes, chestnuts, mushrooms, and pears is one of the most delectable fruits in the Mediterranean...common in Italy but much rarer in the US: figs. 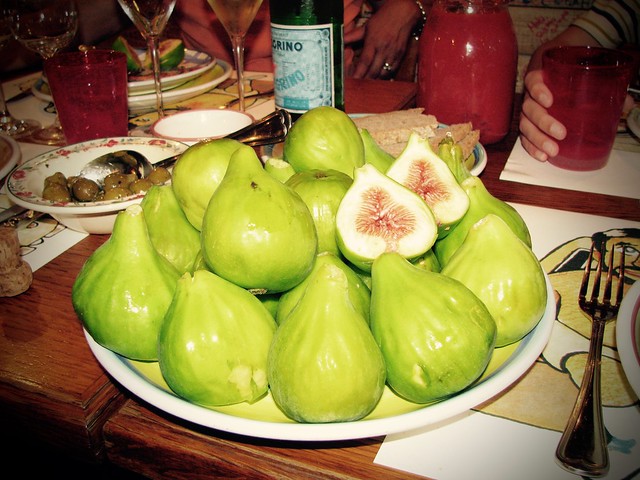 Both the bright green and dramatic black (in truth, dark purple) varieties grow from central Italy to the southern islands, and are delicious peeled and eaten whole. If you choose soft, ripe fruit with “la camicia strappata”, or a peel that has been split by the fig's pink inner flesh, you can eat it immediately whole, peel and all. If you are purchasing figs that you will be eating in a day or two, choose the firmer fruit with an intact peel. 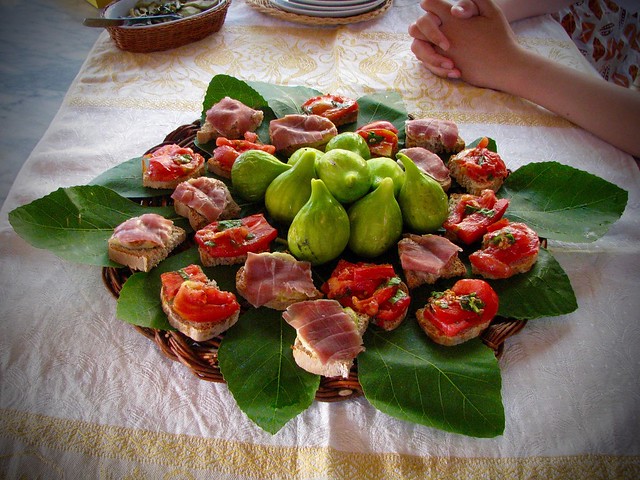 Come the long months of winter, dried figs will be the centerpiece of many holiday dishes, but fresh figs are a fleeting treat during the late summer in most of Italy. Some regions have a quick fig season at the beginning of summer, as well, but Italy's fig supply reaches its peak in late August and early September. 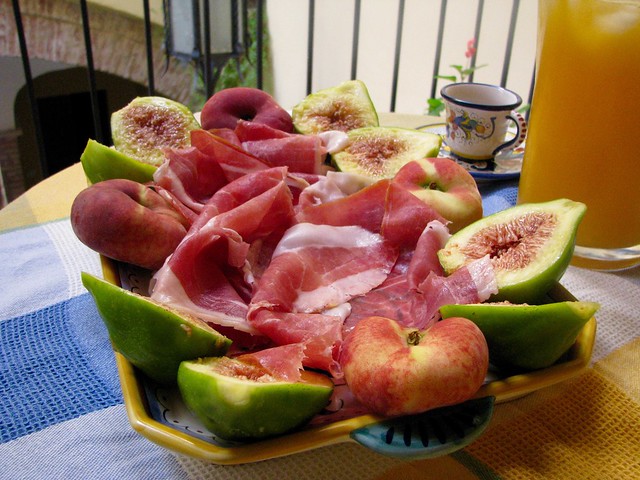 Try fresh figs paired with an aged prosciutto, pungent gorgonzola or caprino goat cheese: the sweetness of the figs is the perfect foil to salty charcuterie and cheese. Figs can also be grilled as a side dish for meat, or baked or poached and served with mascarpone, honey, walnuts, and/or cinnamon for dessert.

Our favorite way to eat them is simply fresh and raw, straight from the market.