One of the most important and prestigious art collections in Venice has surprisingly little to do with La Serenissima's illustrious history and artistic heritage. Instead, it was bold American heiress and patron of the arts Peggy Guggenheim who amassed a stunning collection of 20th century art and found a home for it in her adopted city of Venice, where it remains among the city's most popular museums today. 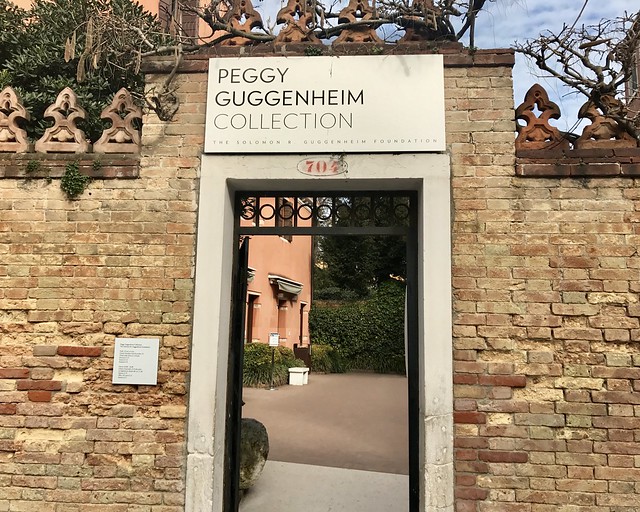 It is hard to imagine how modern art would have evolved without the influence of Peggy Guggenheim. Daughter of Benjamin Guggenheim, heir to the mining empire, and Florette Seligman, of the historic New York banking family, Peggy was a cosmopolitan benefactor who befriended nearly every important artist of her time and changed the course of post-war art in Europe and the US before her death in 1979.

A combination of fortuitous timing and a passion for contemporary art led Peggy to the epicenter of the Parisian bohème and English-speaking expat circles in the 1920s, where she became friends with some of the most influential writers and artists if the 20th century, including Samuel Beckett and Marcel Duchamp. By 1938, Peggy had become a dedicated promoter of contemporary art and opened her Guggenheim Jeune gallery in London, showing works by Jean Cocteau and Kandinsky, among others. She also began feverishly collecting works for her own collection, famously “a painting a day”, including paintings by Georges Braque, Dalí, and Mondrian, until having to flee Nazi-occupied France in 1941 when she returned to New York. 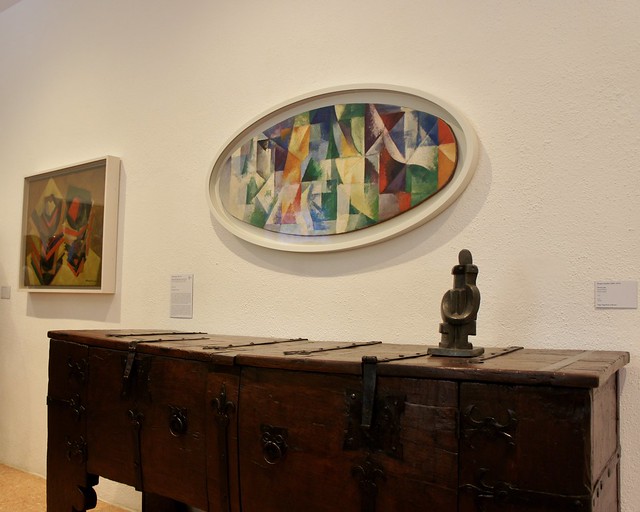 By the following year, Peggy opened the Art of This Century museum/gallery where she exhibited her collection of Cubist, abstract, and Surrealist art amassed in Europe alongside newly acquired pieces of American Abstract Expressionism by unknown young American artists like Mark Rothko and Jackson Pollock. Her support of these and other members of the New York avant-garde during this period played a vital role in the development of America’s first important international art movement.

Once the war ended, Peggy packed up her extensive art collection and returned to Europe. She settled in Venice, purchasing the unfinished 18th century Palazzo Venier dei Leoni on the Grand Canal in 1949, where she lived for the next 30 years. Her collection was shown at the 1948 Venice Biennale, the first held after World War II, and later in Florence, Milan, Amsterdam, Brussels, and Zurich. Beginning in 1951, Peggy opened her Venetian home annually so the public could view her collection each summer, and she continued to be an avid collector and important patron of the arts throughout her life. 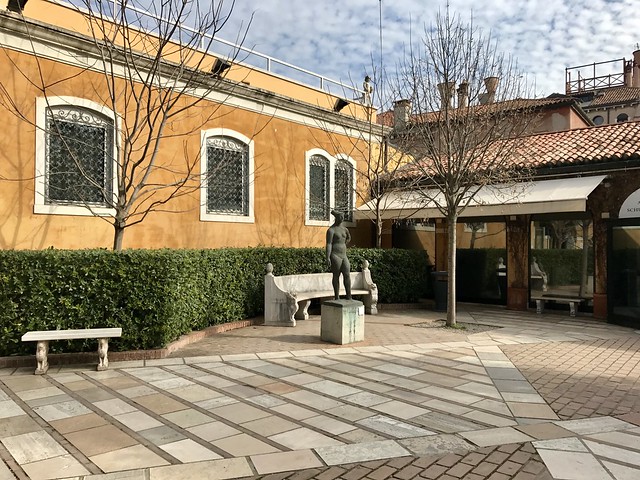 In the 1970s, Peggy donated first her palazzo and then her collection to the Solomon R. Guggenheim Foundation, created by her uncle in 1937, who also commissioned the famed Frank Lloyd Wright spiral museum in New York in the 1950s. She stipulated that her collection remain in Venice, and the Peggy Guggenheim Collection has been open to the public year-round since 1986. The palazzo now hosts temporary exhibitions in addition to the permanent collection, and has a sculpture garden on the grounds.

Though neither Peggy nor her collection of modern masterpieces are directly related to Venice, it is not surprising that both ended up here. Peggy was a life-long Europhile, a deeply independent and urbane citizen of the world who once declared that she was a liberated woman before there was a name for it. She fell in love with Venice at first sight, and is quoted as saying, “It is always assumed that Venice is the ideal place for a honeymoon. This is a grave error. To live in Venice or even to visit it means that you fall in love with the city itself. There is nothing left over in your heart for anyone else.”

In addition, Venice is one of the most important epicenters in the world for contemporary art. Though the Venetian School, which included Titian, Tintoretto, and Veronese, dates from the 1500s, Venice has played host to modern and contemporary artists from across the globe since 1895, when the first Venice Biennale international art exhibition opened to celebrate the silver anniversary of King Umberto I and Margherita of Savoy. Since then, every two years the city is transformed into a sprawling art gallery hosting dozens of national pavilions that showcase each country's contemporary artists and is visited by an average of 500,000 people over the 6 months of the event. Given the prestige of this biennial gathering of artists and collectors, it is no surprise that Peggy felt at home in her Venetian palazzo. 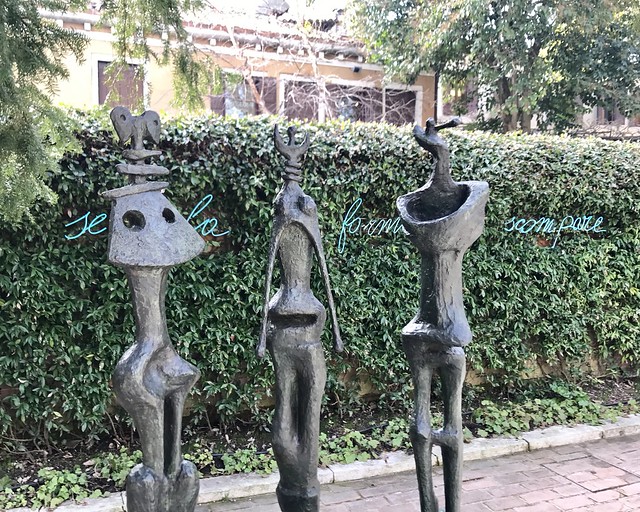 Peggy loved Venice, and the floating city loved its most flamboyant foreign resident, as well. The socialite hosted dozens of famous artists and international celebrities during the three decades she lived on the Grand Canal, lending a cosmopolitan air to the city in the post-war years and helping the Venice Biennale continue to thrive. She owned the last private gondola in the city, and each afternoon would take it for a ride with her dozen or more Shih Tzus, rowed by gondolieri dressed all in white with green sashes. On the jetty below her palazzo, there was a large bronze Marino Marini sculpture which featured a detachable phallus. Peggy, who famously loved sex and art with the same ardor, would remove it and take with with her to signal to visitors that she was not at home. Venetians, who appreciate romantic theatrics and passionate excess, made her an Honorary Citizen in 1962.

Today, the passionate and curious can visit Peggy's former home to view her personal collection at the Peggy Guggenheim Collection Museum. The collection includes important works of Cubism, Futurism, Surrealism, and American Abstract Expressionism by many of the masters of the 20th century. You can admire paintings by Picasso, Duchamp, de Chirico, Mondrian, Kandinsky, Miró, Klee, Ernst, Magritte, Dalí , Calder, and Peggy's beloved Pollock both inside the palazzo and outside in the sculpture garden. 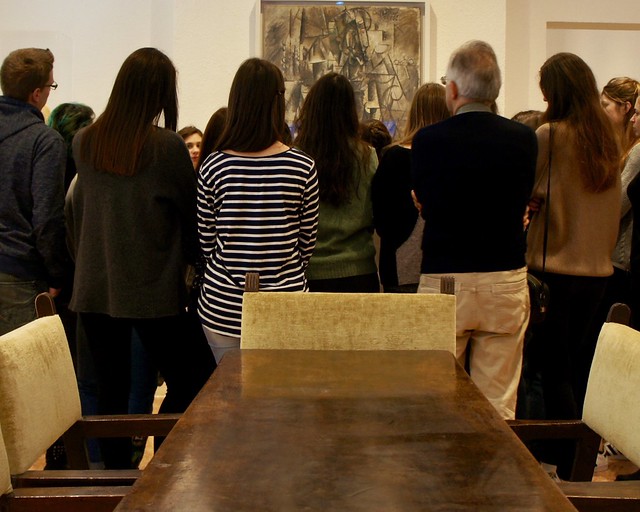 The historic Palazzo Venier dei Leoni was retrofitted as a museum after Peggy's death, so the rooms are small and best visited early in the day before the museum gets too crowded. Though the larger art museums in Europe can be daunting, most Americans feel "at home" at the Peggy Guggenheim collection, and can meander through the collection because the works and artists are familiar. The museum also hosts temporary exhibitions and retrospectives in addition to the permanent collection, and is open daily except Tuesdays.

If you do linger late enough into the afternoon that the sun begins to sink into the horizon, remember Peggy Guggenheim's words: “If anything can rival Venice in its beauty, it must be its reflection at sunset in the Grand Canal.” 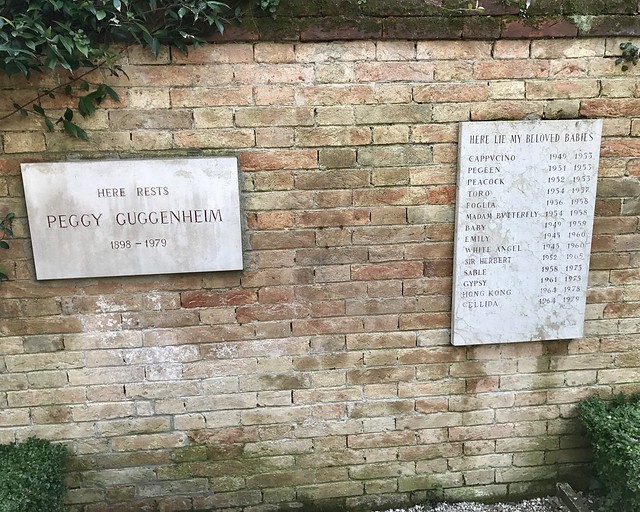