The Hip Hideout of Andermatt

Home to glorious Alpine vistas, four famous mountain passes, 85 ski runs, a golf course, over 300 miles of hiking and biking trails, and one of Switzerland’s premier 5-star hotels, Andermatt is the Swiss hot spot you may not know you were missing.

This idyllic village in the Ursern Valley not far from the Swiss/Italian border has long been considered the crossroads of Switzerland, linking north-south passes with east-west passes and traversed by four rivers. Today, this picturesque Alpine village is at the center of attention for more than just its location, as it has become a luxury destination for those in the know who want to avoid the crowds of more famous mountain resorts. 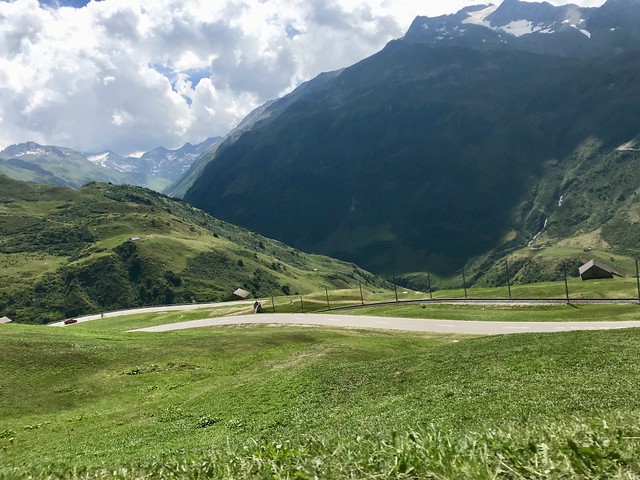 If you’re looking for a chic Alpine bolthole that has unforgettable scenery and world-class cuisine, Andermatt and the surrounding area may be the perfect fit.

Andermatt is the largest of six villages in this valley, and where most of the shops, restaurants, and hotels are clustered. The scenic Glacier Express railway stops here on its route between Zermatt and St. Moritz, and the town can easily be explored on foot, with cobblestone streets lined with a mix of tony and charming shops, and a bubbling, bridge-spanned river flowing through the town center. Though the area has been a travel route between northern and southern Europe since Roman times and was featured in the James Bond movie “Goldfinger” in the 1960s, its development as a top-shelf ski resort is a product of only the last few decades.

Today you can stroll through town to browse the shops and boutiques: gourmands may want to stop in the Metzgerei Muheim emporium to try local treats like sausages, yak meat (the Usern Valley is home to a number of yak herds), honey, cheeses, and spirits; and Bäckerei Café Baumann to try traditional cakes and pastries like birewegge and urner pastet.

Be sure to take in the local Talmuseum Ursern Folk Museum to get an idea of how locals lived over the past centuries. 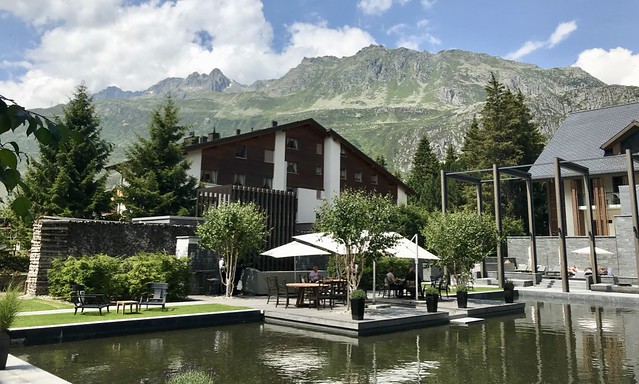 The crown jewel of the town is The Chedi, a stunning luxury hotel that blends Alpine and Asian design, cuisine, and atmosphere. In addition to rooms, suites, and serviced apartments, the complex includes a sumptuous spa and two excellent dining options: The Restaurant serves Asian and European dishes in four open studio kitchens, and is known for its Wine and Cheese Cellar. The Japanese Restaurant has a Michelin star and serves gourmet sushi and sashimi, as well as five- to ten-course Kaiseki menus and sake from the most extensive list in Switzerland. Other good local dining options are Ristorante Bären for Italian-inspired cuisine and Hotel Zur Sonne for traditional Swiss dishes.

Most visitors stay in the town of Andermatt, but the lion’s share of the sights and activities take place in the larger surrounding area. The valley is nestled between four major mountain passes—Oberalp, Gotthard, Furka, and the Susten pass—which provide all the skiing, hiking, and biking you could want. Just further afield, the passes of Grimsel, Nufenen, Lukmanier, and Klausen also offer dazzling scenery, glaciers and rock formations, and a mix of pasture and forest. 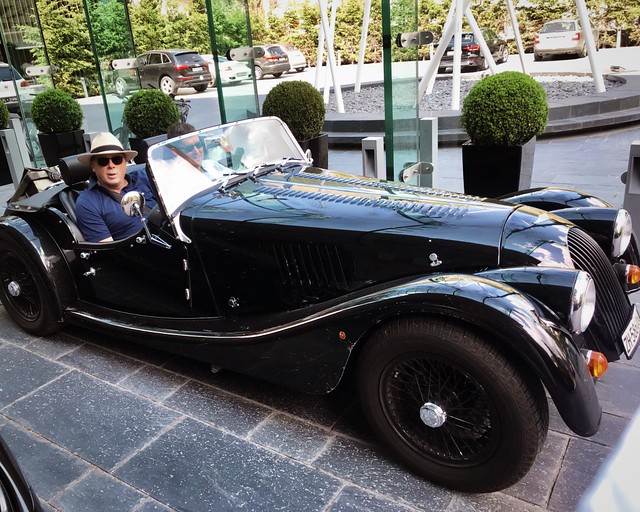 Andermatt is part of the SkiArena Andermatt-Sedrun, the largest ski resort in central Switzerland, and skiing is a big draw to this area. There are over 100 miles of runs in the area (the longest almost 3 miles), and are geared toward intermediate and advanced skiers, though even beginners will find suitable runs and a number of ski schools to pick up the basics. You can ski up to seven months a year in this area, and average snow depth is 55 inches at the base of the mountain and up to 10 feet at the peak.

For those visiting in summer, the slopes and peaks surrounding Andermatt are some of the best in Switzerland for hiking and biking. Take in landscapes of thick woods and flowering meadows, glaciers, rocky peaks, and rushing rivers on foot or two wheels, stopping in the 60 traditional Alpine chalets that dot the countryside. One of the most famous routes is the Four Springs Trail through the Gotthard massif from the Oberalp Pass to the Furka Pass, and passes the sources of four major rivers (the Rhine at Lake Toma, the Reuss at the Lucendro Pass, the Ticino at the Nufenen Pass, and the Rhône at the Rhône Glacier), each of which goes on to flow through four different countries. 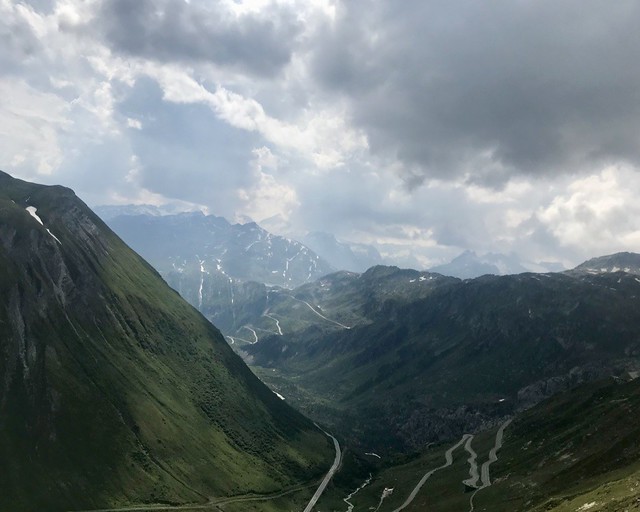 Both summer and winter, the nearby Gemsstock peak beckons, towering at almost 10,000 feet above the valley. Take the two cable cars to the top (one from Andermatt to the base, and a second from the base to the summit) to hit the slopes in winter or take in the 360-degree view from the observation deck on the peak all year round.

Another year-round draw is the Rhône Glacier (Rhonegleitscher), the largest glacier in the Urner Alps and source of the River Rhône that feeds into Lake Geneva. This glacier is easily reached from the Furka Pass road and is one of the most impressive sights in the area. The glacier has been receding for a century due to climate change, and on warm days much of it is covered with UV-resistant sheets to slow the melting process.

Finally, be sure to take in the two most important man-made sights in the area: Devil’s Bridge (Teufelsbrücke) and Disentis Abbey (Reichskloster Disentis). The Ursern Valley has long been an important route through the Alps, but getting through the Schöllenen Gorge is a challenge. The first bridges were built here in the 1200s and were such an engineering marvel at the time that legends were born of the devil having hand in the construction (https://www.atlasobscura.com/places/teufelsbrucke). Today, there are two bridges (one from the 1820s and one from the 1950s) that span the rushing waters of the Ruess River, and they make up one of the most striking man-made sights in the area.

The Disentis Abbey (Reichskloster Disentis), instead, is located in the Upper Rhine Valley (Vorderrheintal) at the foot of the Lukmanier Pass. This 8th-century Benedictine monastery complex includes a Baroque church and monastery and small museum focused on the natural history of the valley and the history of the monastery itself.