This year marks the 500th anniversary of the founding of Venice's historic Jewish ghetto, which has recently undergone a 2 year, multi-million dollar renovation and has been inducted into UNESCO's World Heritage Sites. But Venice isn't the only city in Italy where there are fascinating traces of Italy's historic Jewish population, which is one of Europe's oldest and was founded by early immigrants to Rome when Judea was part of the Roman Empire.

Ancient Rome was particularly tolerant of Jews, and as the Roman empire fell and Christianity took hold, Jews who lived closer to Rome were less persecuted by the Papacy than in other European countries, where there were often mass deportations during the Middle Ages. In modern times, more Jews survived the Holocaust in Italy than almost any other country in occupied Europe and historic synagogues and other Jewish heritage sites were largely left intact, even during the harsh reign of Fascism.

Because of this long history of vacillation between tolerance and peaceful coexistence, Italy is home to a number of interesting Jewish monuments and sites, some of which date to the very first Jewish settlements. Among the most interesting Roman ruins are the remains of the Ostia Synagogue in the archaeological site of Ostia Antica. Dating from the 1st century AD, this is believed to be the oldest synagogue ever discovered outside of Israel.Very little of the original building remains, though there are inscriptions referring to a series of Torah arks and there is a carving of a menorah on one of the remaining columns.

Other Jewish sites are better preserved, and many synagogues and neighborhoods are still active in Italy's small but vibrant Jewish community. Here are some of the most interesting to visit:

Venice's famous Jewish ghetto takes up a tiny, quiet island in the Cannaregio district, and is home to the Jewish Museum and five 16th century synagogues. The ghetto was established in 1516, when the Venetian Republic relocated the city-state's seven hundred Jews to the abandoned site of a Medieval foundry (one possible derivation of the word Ghetto is from the Venetian word getto meaning the pouring of metal), and by the early 1600's, the population of the ghetto had grown to more than 5,000. The ghetto was disbanded in 1797, and today is home to just a few hundred Jews, though this historic community is still among the most active in Italy.

The ghetto centers around the Campo di Ghetto Nuovo square, which is lined by high palazzi built in the 1700's when residents were forced to build up rather than out to accommodate the ghetto's increasing population. The ghetto's five historic synagogues - the Schola Tedesca for the German community, the Schola Italiana and the Schola Spagnola for the Italian and Spanish communities, the Schola Levantina for the Sephardic community, and the Schola Canton, a private synagogue built by four local families - can be visited with guided tours offered by the Jewish Museum, which has an interesting collection of antique local artisan crafts, historic religious artifacts and texts, and personal effects of residents over the centuries.

Rome's Jewish ghetto was founded in 1555 in the Rione Sant'Angelo by Pope Paul IV, and originally housed the city's 2,000 Jews. Though the area along the Tiber River was one of the most undesirable at the time, already crowded and subject to flooding, today it is one of the most charming areas of the city center and home to some of the best restaurants and shops in Rome. Like all of Italy's ghettos, the Roman ghetto was enclosed by a wall with gates that were closed each night to both keep the Jewish residents inside and to protect them from Christian mobs. Conditions inside the ghetto were harrowing, marked by poverty, overcrowding, and disease; almost a quarter of the population of 4,000 died during the plague of 1656.

During the 1800's, the ghetto was liberated and reestablished a number of times, until 1870 when the Papal States were incorporated in the Kingdom of Italy and the requirement that Jews live in the ghetto came to an end. At the time, the Roman ghetto was the last remaining in Western Europe. Two decades later, the ghetto walls were torn down and the area buildings almost completely demolished to make room for the new Synagogue and residential buildings. Today, just a small section of the original ghetto walls remain, but visitors can tour the Synagogue and museum and sample the unique Judeo-Roman cuisine (http://www.ciuitaly.com/blog/files/italy-artichokes-carciofi.php) in the surrounding restaurants and bakeries.

There are seven known Jewish catacomb systems in and around the city of Rome, but only two that are regularly open to the public. The more interesting of these, Vigna Randanini, were discovered in the 19th century on the Appian Way and consist of a series of wide underground burial galleries with unique kokhim tombs - perpendicular to the wall, as opposed to Christian and pagan loculi and cubicula tombs - carved into the soft volcanic stone and sealed with marble epitaphs. The catacombs are decorated with artwork and inscriptions that give clues about Jewish life in Rome, though, interestingly, inscriptions are in Latin and Greek rather than Hebrew and Aramaic.

The Great Synagogue of Florence

Considered one of Europe’s most beautiful synagogues, Florence's 19th century Great Synagogue is not, by Italian standards, particularly historic. That said, it honors one of the oldest and most important Jewish communities on the continent and its Moorish style has inspired synagogue architecture all over the world. During the Renaissance, Florence's Jewish community was one of the wealthiest in Europe, and flourished under the patronage of both the city’s municipal and ecclesiastic rulers, especially the Medicis. While Jews were expelled or confined to ghettos in other cities, Florentine Jews enjoyed almost complete freedom and equality. The Great Synagogue survived World War II with little damage, and the upper floors now house a museum on the history of Florence's Jews. 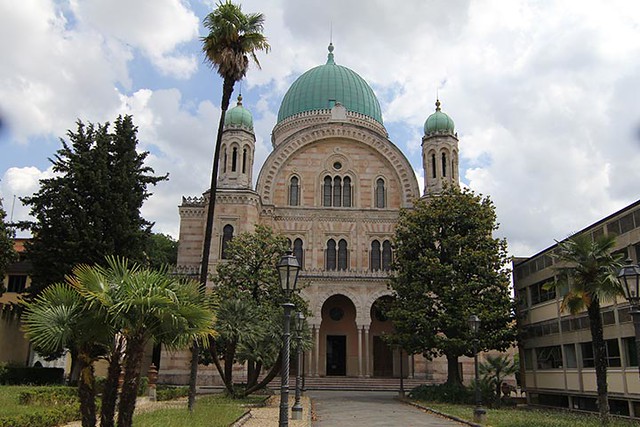 Known as La Piccola Gerusalemme, or Little Jerusalem, this pretty hilltown in Tuscany's Maremma was was once home to a thriving population of Jews driven out of the Papal States in nearby Lazio in the beginning of the 16th century. Jews and Christians of Pitigliano led a peaceful coexistence under the patronage of the ruling Orsini family, who thought the newcomers could bolster Pitigliano’s local economy. Rather than being confined or persecuted, these first settlers were able to work and live freely. After a brief period of ghetto confinement under the Medici Pope, the Grand Duke of Tuscany recognized the Jews in 1773, leading to a desegregation of the ghetto and further growth of the Jewish population. 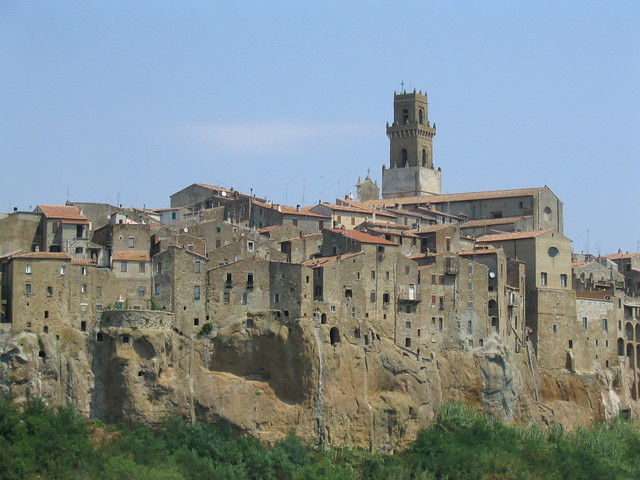 When Italy unified and Jews were granted equal rights, many Jews left Pitigliano for the larger cities, but their influence on the town's culture and cuisine remains. At the local Jewish Museum of Culture, visitors can tour the ritual mikvah bath, the oven for baking azzime bread, a textile-dyeing room, a wine cellar, and a kosher butcher dug into the tufa cliff on which the town sits.The neighboring synagogue is no longer active, but open to visitors, and local pasticcerie serve up fresh sfratti - sweet cookies filled with ground walnuts, honey, nutmeg, and orange peel - a delicacy invented by the arriving Jews who were “sfratti”, or evicted, themselves. 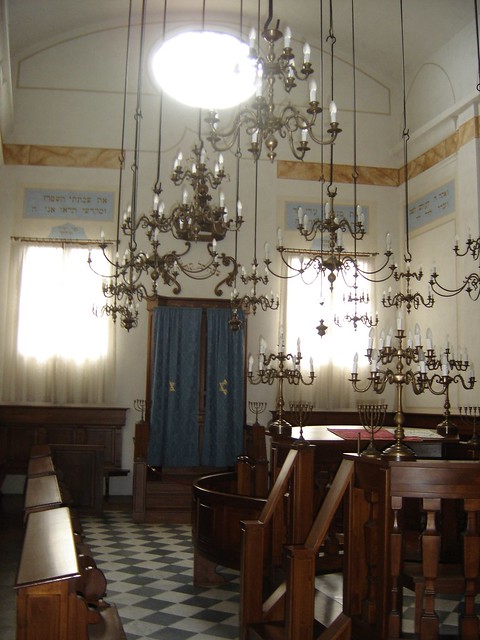 For more information about Jewish Heritage Tours of Europe and North Africa, combining visits to Italy with Israel, and our colleagues at Touring Israel: CLICK HERE