There's no getting around it: Italy is hot in the summer. Though you may find respite if you happen to be hiking its highest peaks or cooling your heels on the coast, the inland countryside and the major cities can be almost unbearable on humid summer afternoons.

If you feel yourself dragging from the Mediterranean heat - or, more likely, feel your kids are dragging from the heat - there's nothing like a frozen treat to use as an incentive, a reward, or simply a lifesaving pick-me-up to make it through those last few hours until the sun begins to set and temperatures - and tempers - cool off a bit. 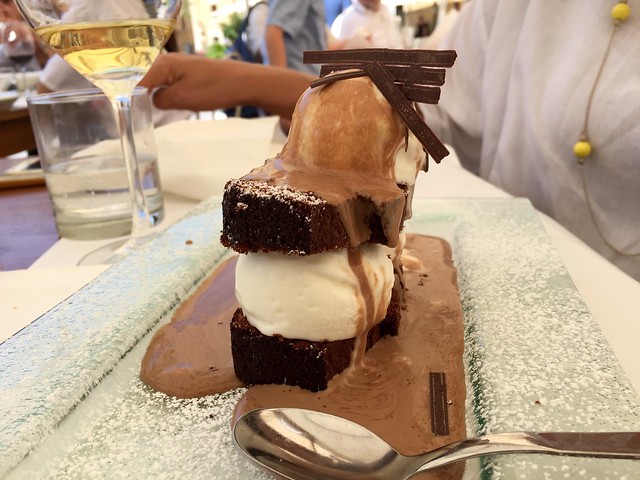 Here are a few icy sweets you'll find in Italy that may just make the difference between momentary moodiness and a major meltdown: 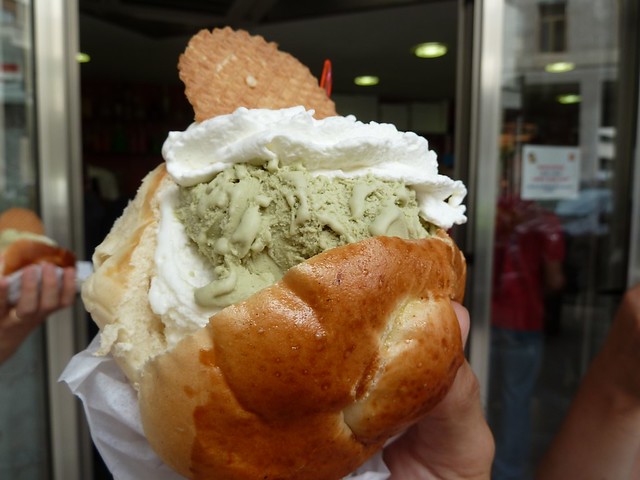 Yes, we all know about the restorative powers of gelato, especially the real stuff. But Italians, especially in southern Italy and in Sicily, love their gelato served in a brioche. These buttery sweet rolls are about the size of a hamburger bun, and are sliced through the middle, stuffed with a scoop or two of creamy gelato and eaten with all the elegance and panache of a Sloppy Joe (keep napkins ready). Having your gelato served between two slices of sweet bread is not just cooling, it's also filling...brioche con gelato can easily serve as a meal substitute if the day is too hot to face a plate of pasta, but too long to skip a meal completely. Like most Italian dishes, brioche con gelato takes the humble ice cream sandwich to a whole new level. 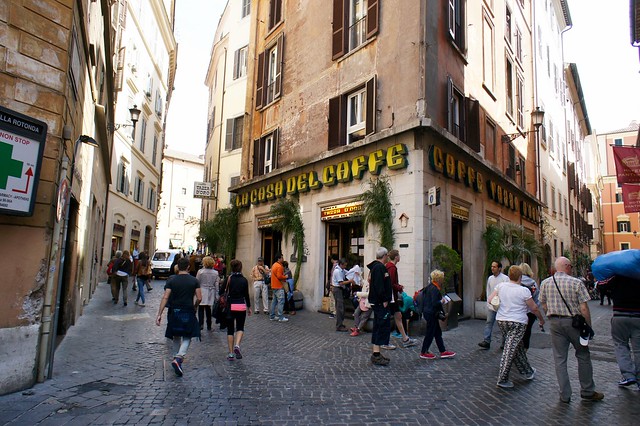 Granita in general can be skipped in Italy...they are generally toxic-colored Slurpee-esque concoctions that have all the soul of semi-frozen Kool-Aid. Granita al caffè, however, especially if ordered from the iconic Tazza d'Oro bar near the Pantheon in Rome, is a frozen masterpiece that should not be missed. A strong, sugared espresso brew is frozen and then scraped into a cup, topped with a layer of thick whipped cream, another layer of granita, and another of whipped cream. It cools, refuels, and makes you fall in love with Rome despite the heat. This is not a treat for kids (unless you enjoy entertaining them until 4 am...instead, they can get a... 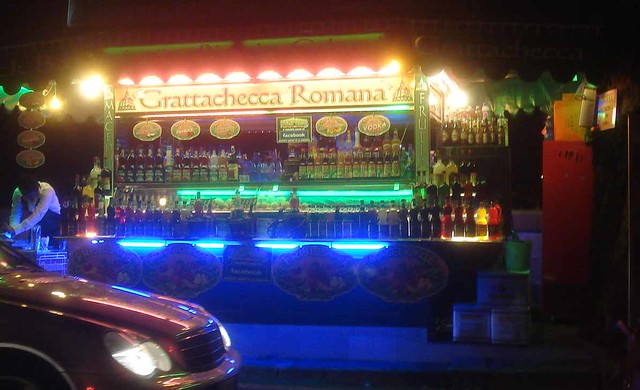 So, what's the difference between a granita and a grattachecca? A granita (aside from the unique example above) is the Italian version of the Slurpee or Slushy, and is an artificially colored and flavored liquid, semi-frozen and served from a machine at many bars and gelaterie. A grattachecca is manually shaved ice topped with fruit syrup or juice and fresh fruit. The former is ubiquitous across Italy, and the second is one of Rome's local summer traditions and best-kept secrets. You can buy a grattachecca from a number of kiosks around the city (Alla Fonte d'Oro is the oldest, established in 1913, and Sora Maria the most famous), and part of the joy of this icy treat is watching it being prepared. 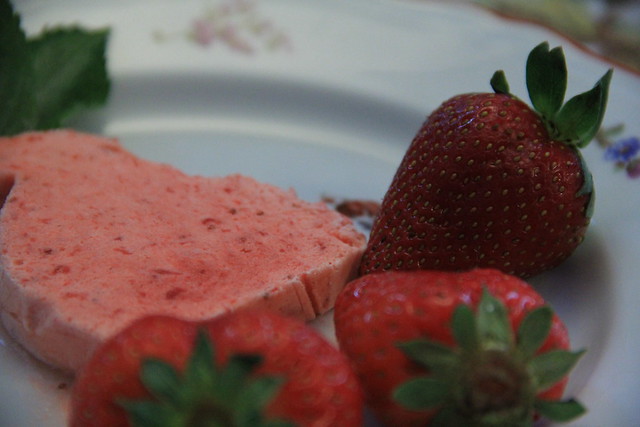 If you've made it through a meal despite the heat and want a light dessert to cool you off, order the semifreddo. Most restaurants offer at least one flavor of semifreddo in the summer, which is a semi-frozen dessert akin to a mousse...softer than ice cream but more firm (and colder) than whipped cream, which are the two primary ingredients. A semifreddo can come in a number of fruit flavors - strawberry and fig are common, depending upon the season - or classic flavors like chocolate or hazelnut. 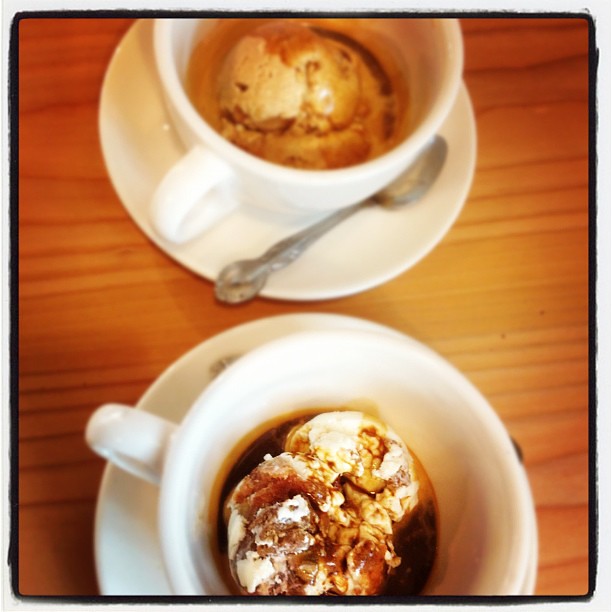 Another cool way to end a meal is with an affogato al caffe, which is a scoop of gelato (almost always fior di latte or vaniglia) topped with a shot of espresso. Like the granita al caffè, you get all the power of caffeine to rev your engines, but with an icy foil to lower your post-prandial temperature. In truth, the affogato is not limited to just espresso; you can have your gelato affogato, or “drowned” in a variety of liquids according to taste and inclination, including espresso, sweet liqueur, whiskey, grappa, or.... 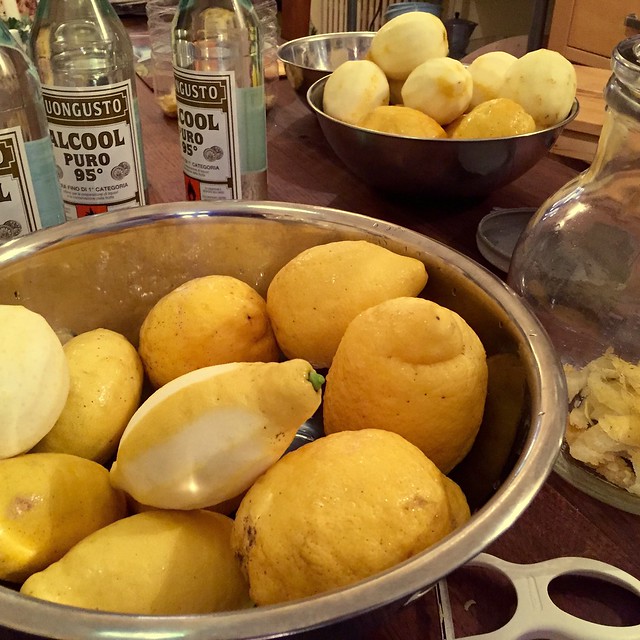 Though not actually frozen, Limoncello is often stored in the freezer and/or served in icy liqueur glasses, so comes pretty close. This sweet lemon digestivo is de rigueur after a summer meal in Italy, especially the further south you travel. If you're very lucky, you'll be able to sample a homemade version, which is sun in a bottle. The commercial versions tend to be sweeter and have less zing, but still do the job in a pinch.

Related links:
The Perfect Ending to a Perfect Meal: The Digestivo
Gelato: Secrets and Discoveries
Coffee Drinks in Italy