The heart of an Italian home is the kitchen, and the heart of an Italian neighborhood, town, or city is the piazza. Just like the kitchen, the piazza is where family, friends, and neighbors congregate. They exchange news, participate in public celebrations and events, shop at the weekly market, or simply while away the hours with espresso, an aperitivo, or a gelato...since no piazza is complete without a bar.

In addition to being the hub of local life, Italy's piazzas have historically served as the focal point of the town's political and religious life. The central piazza of each town or small city is usually where the municipal building and the main cathedral are located, as well as the residences of the most important local nobility and clergy, often dating back centuries. 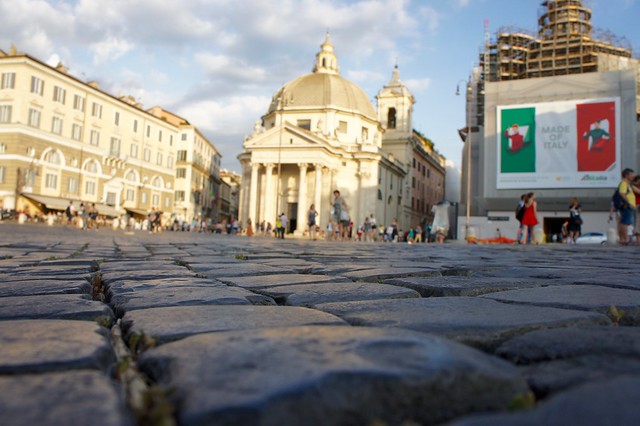 In the past, wealthy and influential towns and cities also used their main piazza to showcase their power by commissioning monumental fountains or statues as decoration to impress visitors and citizens alike. From soaring church spires to humble cafe tables, the piazza encompasses the most important touchstones of Italian life and culture.

Here are five of the most iconic and beautiful piazzas in Italy, each embodying the essence of their city or town:

Like the city itself, Venice's sweeping San Marco is sumptuous, elegant, and lapped by the waters of the Adriatic. Lined on three sides by stately *palazzi* with stonework arcades that date from the 16th to the 19th centuries, this rectangular square is dominated by the opulent Byzantine facade of Saint Mark's Basilica, with its sparkling gold mosaics, towering domes, and intricate statues. The adjacent Piazzetta to the south connects the main square with the city's lagoon, passing between the famed Doge's Palace and the Biblioteca Marciana. 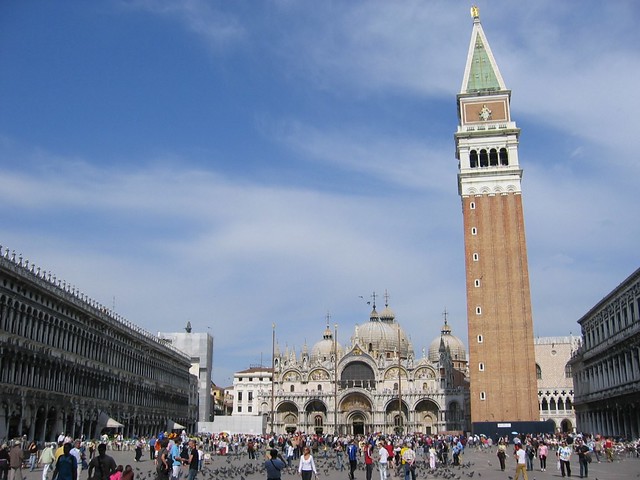 Today, most of the main section of the piazza is filled with cafe' tables where tourists sit to soak in the atmosphere of one of the world's most famous public spaces (and pay dearly for the privilege, but it is a one of kind experience!). Pigeons crowd the space between the basilica and the bell-tower, and visitors bustle between the square's shops, sights, and vaporetto water bus stop. If Venice is a unique blend of regal architecture, a historically symbiotic relationship to the sea, and modern crowds of tourists, Piazza San Marco is Venice.

Venice is a Byzantine city, made wealthy by centuries of booming sea trade. Florence, on the other hand, is the Renaissance capital of the world, and the Florentine Republic was the center of political rather than commercial power in most of central Italy for centuries. The city's most famous square reflects an emphasis on the civic life, as this L-shaped space between the Ponte Vecchio and the Piazza del Duomo is named for the 14th century Romanesque Palazzo della Signoria, the imposing historic fortress-like city hall. 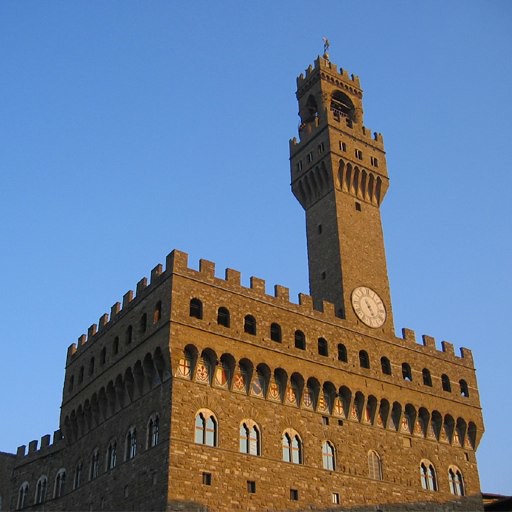 Even the statue of David (a copy; Michelangelo's original is now in the Accademia a few blocks away), one of the many masterpieces of Renaissance sculpture decorating the square or set in the famous Loggia dei Lanzi across from the Palazzo della Signoria, was a symbol of the Republic of Florence. Posed with his glare to the south and ready to defend himself from attack, the statue was a representation of resistance to threats against Florentine civil liberties from mighty Rome. Though Florence and Rome have long made peace, Piazza della Signoria is a reminder of the city's importance as an independent republic and the birthplace of the Renaissance.

The exquisite Spanish Steps, the most famous feature in Rome's Piazza di Spagna, were just reopened to the public last month after a long and meticulous renovation, so there is no better time than now to visit this iconic square. Rome has been an international and ecclesiastical capital for millennia, and this massive public space is a symbol of both. Named for Palazzo di Spagna, the Spanish embassy to the Holy See, this piazza has two famous architectural features commissioned by popes: the 135-step staircase, commissioned by Pope Benedict XIII in the 18th century to connect the embassy to the Church of Trinita' dei Monti; and Bernini's Barcaccia fountain, commissioned by Pope Urban VIII as part of a project to build a fountain in every major square in Rome. 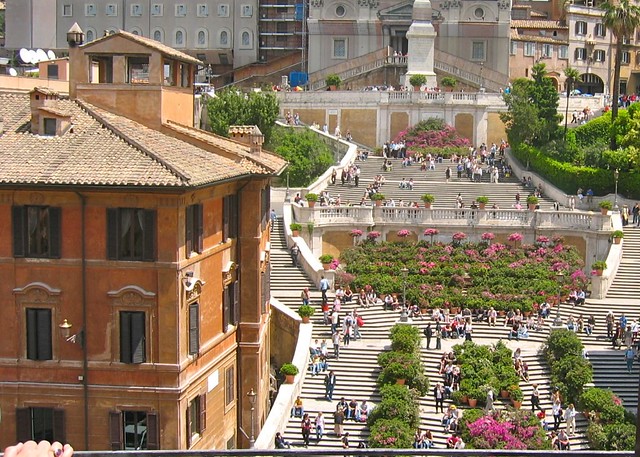 Just as the sway of the church in Rome has receded in the face of commerce, so has the look of Piazza di Spagna. Once a center of the Holy See's diplomatic reach, it is now lined with some of the most luxurious boutiques from Italian and international fashion houses. Chic shoppers mingle with scores of tourists, the former browsing Gucci and Armani and the latter snapping pictures of the square and its monuments.

Nothing symbolizes Siena like its annual Palio festival and horse race, held each summer in July and August. And nothing symbolizes the Palio like Siena's unique shell-shaped Piazza del Campo, where the race is run while packed crowds watch from inside the track or from the teeming stands and balconies along the outside perimeter. 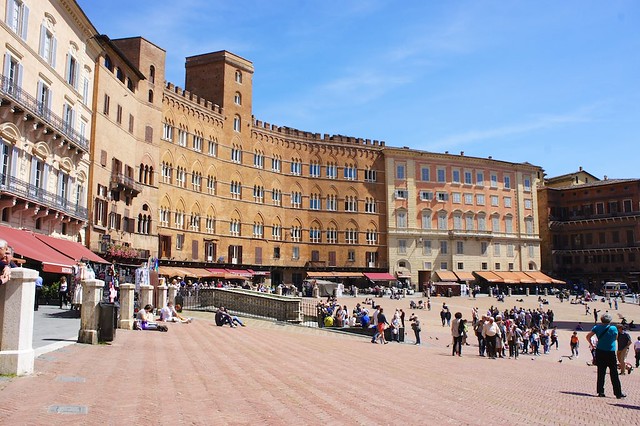 Sure, the square is also home to a lovely Palazzo Pubblico and the 14th century Torre del Mangia clocktower, with gorgeous views over the city and Tuscan countryside, and on warm days is filled with locals leisurely sitting down to lunch or basking in the sun. But all the Renaissance architecture and Tuscan lifestyle in the world can't overshadow the importance of the Palio to a Sienese.

You don't visit Capri for culture, you visit for the breathtaking scenery and cosmopolitan atmosphere. Both are embodied in the Piazzetta, the small central square of Capri town. From the balcony end of this hilltop, there are unforgettable views over the Gulf of Naples and the Amalfi Coast. From the bar tables set up inside the bustling square, on the other hand, there are unforgettable views of the glitterati of the Mediterranean who gather here from sunset to dawn to see and be seen. Not much as far as notable art or architecture, but some of the best people-watching this side of the island.