Of all the possible beverages travelers can sample in Italy, the least local and most prone to invasion from international powerhouses like Coca-Cola is certainly soft drinks. Fiercely territorial about their regional wines and loyal to their domestic coffee roasters, Italians have no qualms guzzling Coke and Fanta and the increasing popularity of sugary drinks among children is one of the many factors behind a rise in childhood obesity in this historically healthy and fit country. 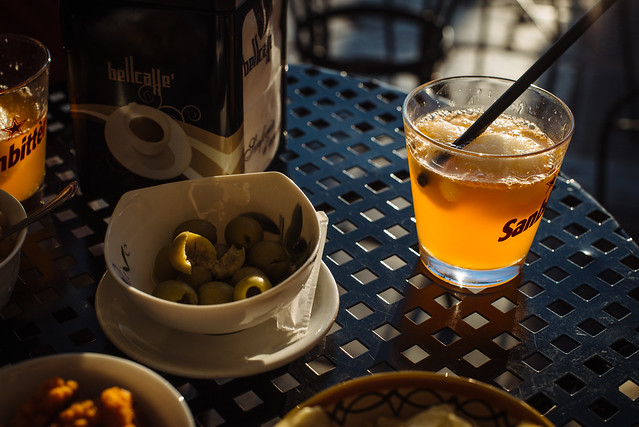 But just because these familiar brands are ubiquitous doesn't mean that they don't have their scrappy local competitors. In fact, Italy has a number of homegrown soft drinks that are less well-known but definitely worth seeking out. Generally, Italians still don't serve sodas at meals to anyone over about 14 - with the exception of pizza - but the next time you stop at a bar or caffè for a respite from a hot afternoon of touring, instead of a beer or Coke to cool you down, try one of these truly Italian soft drinks. 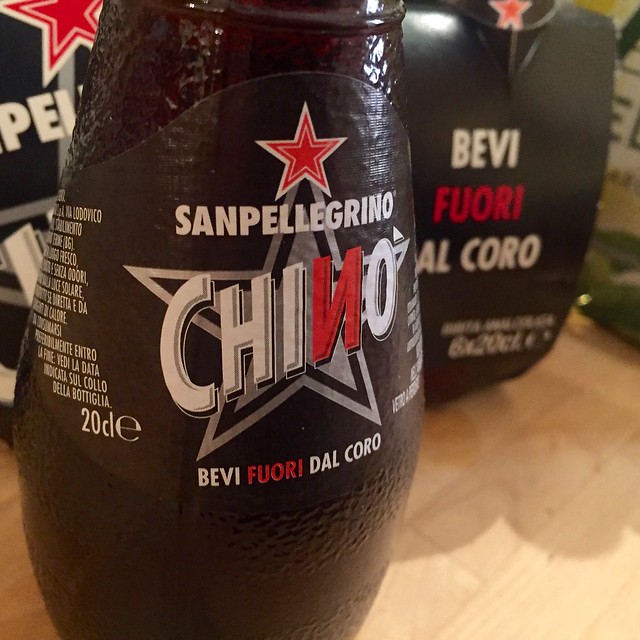 Often compared to Coca-Cola for its similar caramel color and carbonation, this historic drink is based on a mixture of extracts from myrtle-leaved orange peel and other aromatic herbs and is more bittersweet than Coke. Though the citrus beverage is believed to have origins in antiquity, modern production began in the 1930's and, after a dip in popularity at the end of the 20th century, the San Pellegrino and Neri brands are enjoying a comeback. With its more subtle flavors of spices, fruit, liquorice and menthol, and gently bitter finish, Chinotto is a soda that you either love or hate.

In addition to its Chinò brand of Chinotto, San Pellegrino has also been producing a much-loved Aranciata carbonated orange drink since the 1930's. Often compared to Fanta, the San Pellegrino version is less sweet, has a more natural orange juice flavor, and uses San Pellegrino's own sparkling mineral water as a base. The company sells two flavors, regular and bitter, and the individual glass bottles have a unique rounded shape as iconic in Italy as Coke bottles in the rest of the world.

One of the most historic soft drinks in Italy is gazzosa, made for centuries by combining water, sugar, and lemon and leaving the liquid to ferment in the sun until becoming slightly effervescent. Many regions (and households) had unique variants, flavored with coffee beans, mandarin oranges, berries, or elderflowers. The commercial versions found today are limited to the lemon flavored Lusiria, made with sfusati lemons from the Amalfi Coast, and the more common plain gassosa made by San Pellegrino and Neri, which is essentially flavorless (similar to 7-Up). Though the most humble of Italy's carbonated drinks, gazzosa has a retro charm and refreshing flavor that make it timeless. 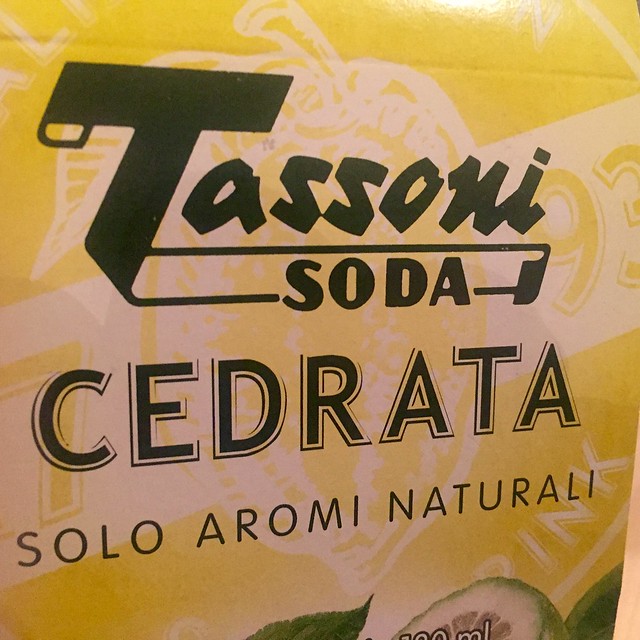 For true retro charm, there is no better soft drink than Tassoni's famed Cedrata. This citrus and safflower-flavored soda is made with the extract of citron fruit from Calabria and, though other brands have tried to compete over the years, Tassoni has dominated the market almost exclusively since 1956. Their bright yellow, sparkling soda is sold in individual plain glass bottles inspired by the texture of the citron peel and topped by a green and yellow bottle cap that has remained virtually unchanged over the past 60 years. Order a Tassoni Cedrata at any bar in Italy, and you'll immediately be recognized as someone in the know. 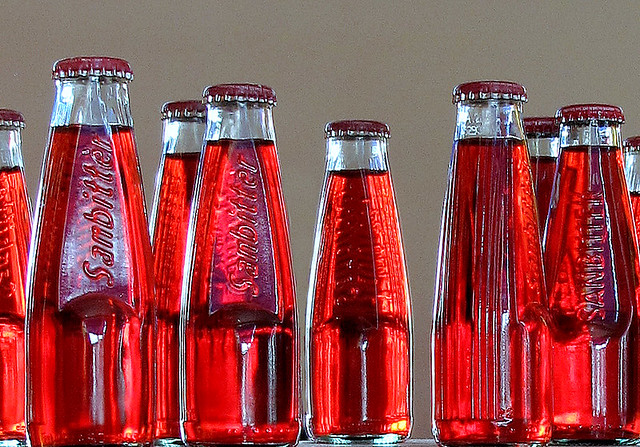 Later in the day, when Italians pause for their evening aperitivo, you may want to opt for a more sophisticated soft drink than soda. One option is San Pellegrino's Sanbittèr, a non-alcoholic, sparkling beverage created in 1961 and similar to Campari with strong bitter and herbal flavors softened by a cane sugar base. With its bright red color and cutesy individual bottles, Sanbittèr is a fun, casual drink, perfect over ice for an aperitivo. 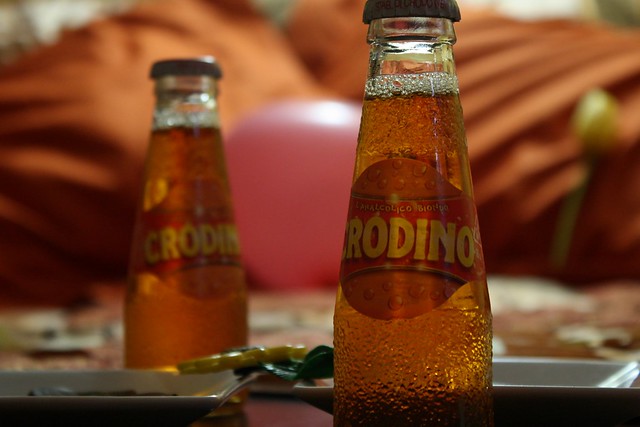 Sanbittèr is similar to Campari, and Crodino is Campari's own non-alcoholic, sparkling beverage made of slightly bitter herbal extracts and sugar. Bright orange and sold in tiny bottles, Crodino (named for the town of Crodo where it has been produced since 1964) has hints of clove, nutmeg, cardamom, and coriander and also comes in “Twist” citrus or berry flavors. Like Sanbittèr, Crodino is the perfect non-alcoholic choice for an aperitivo.