Italy is so rich in artistic masterpieces that it is no exaggeration to say that it would be almost impossible to see the country's vast trove of paintings and sculpture over the course of a lifetime, let alone a single vacation. UNESCO estimates that around 60% of the world's great art is in Italy, and virtually every town of any import - and at least a few otherwise unremarkable hamlets - is home to at least one fresco or artifact that would, in any country with a lower density of treasures, be the crown jewel of an important museum collection.

Though we love to explore the lesser-known and private museums in Italy, there is no denying that Italy's most famous and iconic works are a must-see, especially on a first trip. It's no secret as to which masterpieces shouldn't be missed, but we've listed them here as an easy reference, including their location and importance. 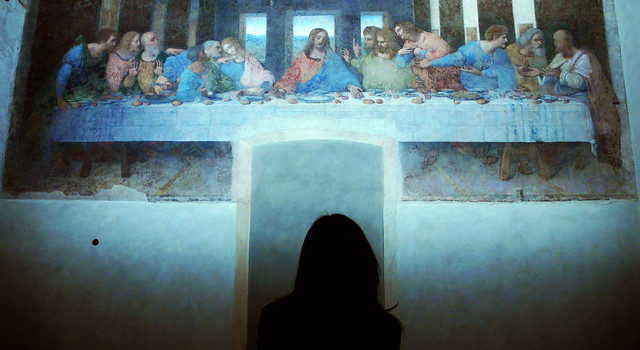 The Last Supper (1498)
Artist: Leonardo da Vinci
Location: Convent of Santa Maria delle Grazie, Milan
One of the most recognized (and spoofed) paintings in the world, da Vinci's masterpiece has not withstood the test of time completely intact...but this shouldn't deter you from stopping in to see it. The large work has been restored repeatedly over the centuries, but the elegance of the composition and intriguing emotional elements retain their original power.

Camera degli Sposi (1474)
Artist: Andrea Mantegna
Location: Ducal Palace, Mantua
This sumptuous bridal chamber is also known as the “Camera Picta” and is decorated with some of Italy's most breathtaking illusionist trompe l'oeil frescoes, including the famous ceiling in the style of di sotto in sù, which uses techniques of perspective to create the effect of a three dimensional space on the flat ceiling surface. 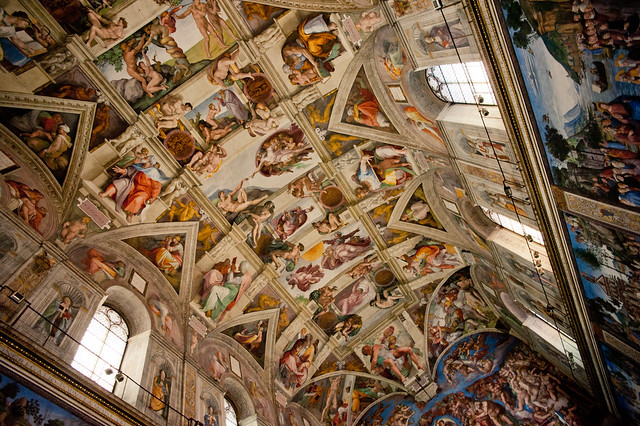 Sistine Chapel (1512)
Artist: Michelangelo
Location: The Vatican, Rome
By the Sistine Chapel, we don't mean the chapel itself but instead its incredible frescoes by Michelangelo, including the ceiling and “Last Judgement” covering the altar wall, which are monumental works in both scale and importance. Michelangelo always considered himself a sculptor more than a painter, and the physicality of the dozens of human figures in these complex compositions is a testament to his genius with both stone and tempera

Pietà (1499)
Artist: Michelangelo
Location: Saint Peter's Basilica, Rome
Michelangelo's paintings in the Sistine Chapel may overcome you with their bold colors and movement, but his poignant sculpture of Mary holding the body of her crucified son will move you with its air of intimate sorrow. With the Pietà, Michelangelo blended the ideals of classical beauty with a naturalism so impeccable that it makes these marble figures seem alive. 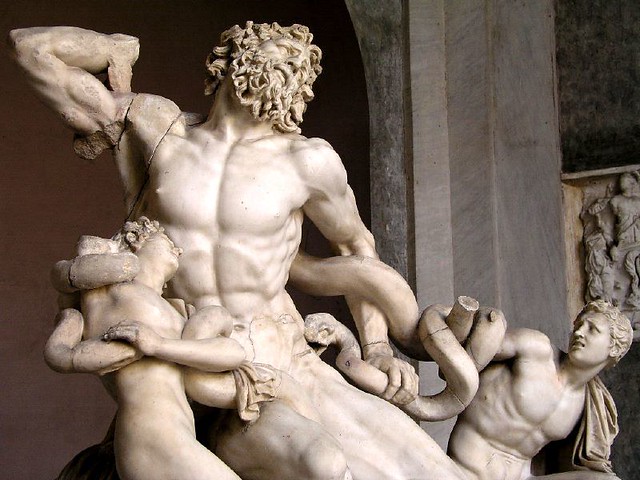 Laocoön and His Sons (probably between 27 BC and 68 AD)
Artist: Probably Agesander, Athenodoros, and Polydorus from the island of Rhodes
Location: Vatican Museums, Rome
This sculpture, also known as the “Laocoön Group”, is one of the most famous and best-preserved ancient sculptures in the world. Unearthed in Rome in the early 1500's, this dramatic rendering of Trojan priest Laocoön and his sons struggling with sea serpents is probably a copy of a bronze work from the 2nd century BC and is considered one of the best examples of Classical Greek sculpture surviving today.

David (1504)
Artist: Michelangelo
Location: Galleria dell'Accademia, Florence
Images of Michelangelo's most famous Renaissance sculpture are so ubiquitous that you may have a slight feeling of deja vu when you finally view the original, though its awesome size and power set it firmly apart from the numerous replicas scattered across the world. Towering above 5 meters and weighing more than 6 tons, this is one of the largest and most masterful sculptures hewn from a single block of marble in history.

The Birth of Venus (1486)
Artist: Botticelli
Location: Uffizi Gallery, Florence
This sumptuous depiction of the goddess Venus emerging from the sea as a voluptuous woman atop a sea shell is one of the most famous works in the vast collections of the Uffizi Gallery, important both as the first painting in Tuscany done on canvas and for its rich allegorical references to works dating from the Classical period to Botticelli's time. 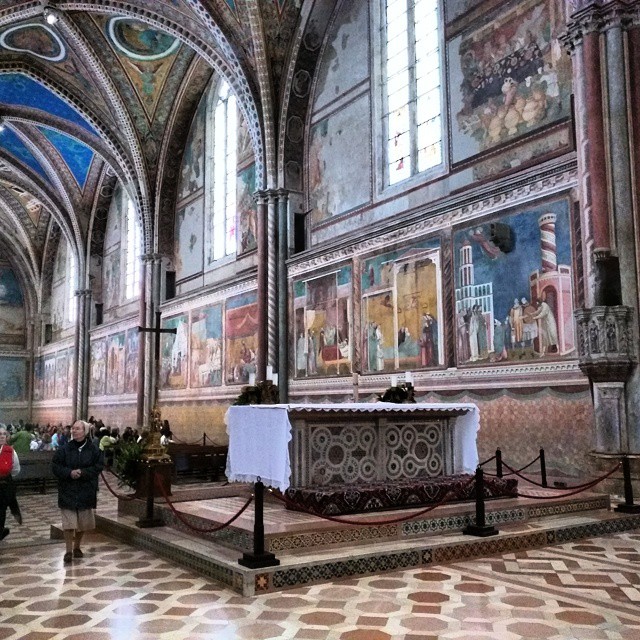 Life of Saint Francis Fresco Cycle (1304)
Artist: Giotto school
Location: Basilica of Saint Francis, Assisi
This cycle of 28 frescoes decorating the upper Basilica of Saint Francis depicts the major episodes in the life of the saint, and is important as the first step away from the two dimensional style of Byzantine art toward the use of shadow and perspective to render more three dimensional, natural figures. Whether the frescoes were painted by the hand of Giotto or by collaborators from his school is the subject of debate, but the mastery of these poignant scenes is unrivaled. 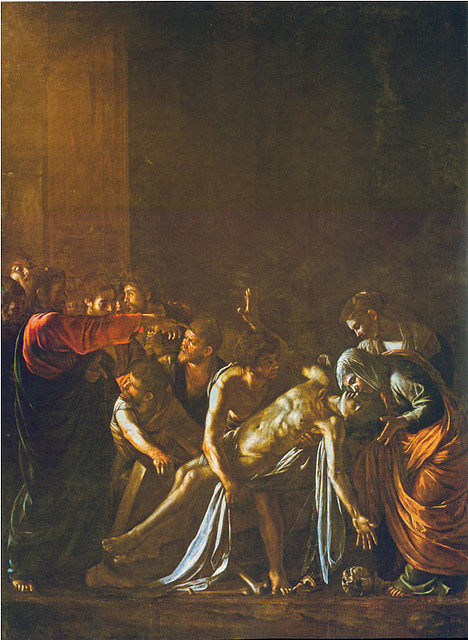 The Raising of Lazarus (1609)
Artist: Caravaggio
Location: Museo Regionale, Messina
Caravaggio spent the final years of his brief life in Sicily, and here created a number of his most important works. The Raising of Lazarus is one of these, and despite the poor condition of the painting, Caravaggio's dramatic use of light and frieze-like composition which has influenced painting from the Baroque to the modern day has lost none of its original power.

Villa of the Mysteries (1st Century AD)
Artist: Unknown
Location: Pompeii
This well-preserved villa in Pompeii is famous for the rich fresco decorations which survived being buried under meters of ash after the famous volcanic eruption which destroyed the town in 79AD. The subject of the frescoes is still under debate, but probably depicts scenes of women being initiated into a cult of Dionysus or preparing to wed, with dancing, dining, and festive merry-making.

Related posts:
A Michelangelo-Themed Walking Tour in Florence
Caravaggio in Sicily
So you want to visit a museum in Italy...