Last week, we capped off our series of dream trips through Italy and Switzerland to inform and inspire future jaunts to Europe with Maria Gabriella’s trip with her sister...or so we thought. We realized that we had one more dream trip in the bullpen from Linda, longtime CIU Travel administrative assistant and...Brian’s mom! 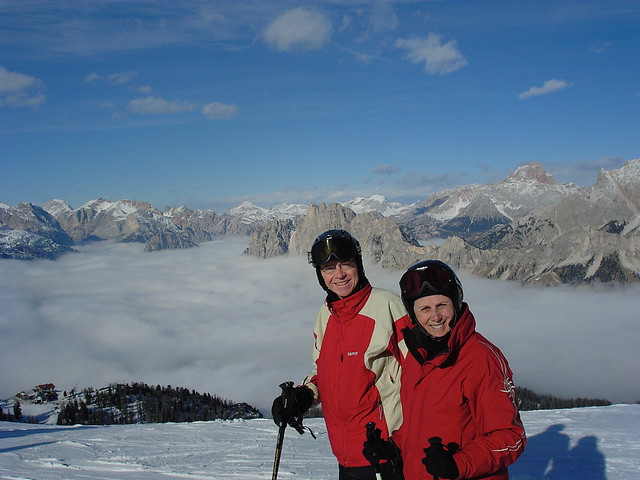 Brian’s parents, Linda and Mike, both took up skiing when they were in their late 30s, and are still happily hitting the slopes today in their late 70s. They're avid skiers - they have slowed down a bit in recent years, however - and though skilled, are cautious to avoid injuries from falls. Linda had knee surgery to treat an injury from a ski fall more than 25 years ago; the first orthopedist she consulted told her that they didn't operate on people over 50! Luckily, she got a second opinion and was back skiing a couple of years later.

They are advanced intermediate skiers, so the runs straddling the Italian/Swiss border offer endless options at their level. Though they have visited all the destinations on this itinerary in the past, they are keen to return and take them on again at a leisurely pace that includes a bit of sightseeing, some days on the slopes, and a heavy dose of pampering to recharge. This trip may not just be a dream. Mike turns 80 in February of 2021 and vows to spend the day on the slopes so maybe this jaunt from Venice to Zürich via the Dolomites and St. Moritz will become a reality!

Venice is an excellent arrival airport for those heading to the alpine slopes to the north. As long as we will be flying into the Floating City, we’ll make the most of our time by spending a night to recuperate from our flight and take in its marvels - the beauty of Venice never pales, no matter how many times we visit! 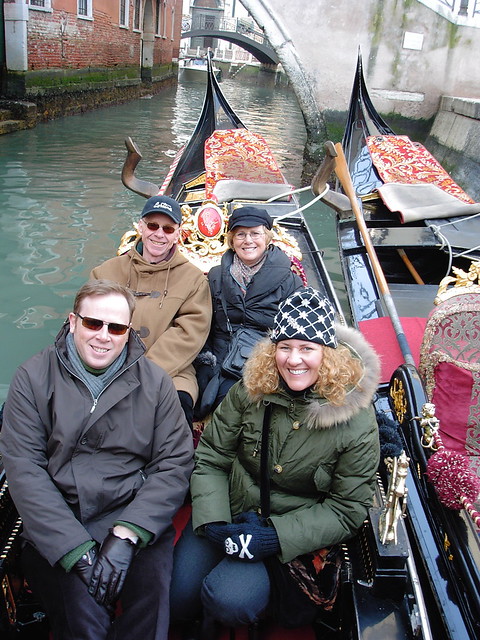 We’ll have a driver pick us up at the airport to take us directly to our private water taxi waiting on Piazzale Roma, Venice’s last frontier for cars. There is no more scenic way to enter Venice than by water, and we’ll be sure to savor views of the city’s lavish canalside palaces on our way to Ca’ Segredo, one of Venice’s oldest and most esteemed hotels. Formerly home to one of the Venetian Republic’s most important families, this small hotel is housed in the meticulously renovated palazzo that was their 15th-century residence and is a lasting testament to their wealth and power. Paintings of the most important 17th-century Venetian painters adorn the common areas, and the restaurant and bar overlook the Grand Canal.

After a quick rest, we’ll meet our Venetian host for a deep dive into one of the city’s most beloved culinary and cultural traditions: cicchetti. We’ll stroll along the warren of Venice’s secondary canals on an insider’s “baccarata”, or wine bar walk taking in some truly local spots for "ombra and cicchetti" - wine and Venetian appetizers. Our cicchetti tour will make a number of stops with samples of some of Venice’s most traditional cicchetti dishes at each, so we’ll be full enough to skip dinner afterward!

The following morning, we’ll meet up with our guide for a leisurely highlights tour of St. Mark’s Square and Basilica, as well as the Grand Canal. We’ll learn about the intricate mosaic decoration and allegorical images on the church and adjacent Doge's Palace, then set off on a private water taxi to cruise down the Grand Canal and quieter side canals of the Cannaregio and Castello districts to admire the ornate palazzi, gardens, and daily life of Venice along the route. Although I wouldn't mind a return to the island of Murano, I think Mike's wallet remembers the last visit like it was yesterday, so I'll spare him this particular shopping trauma!

At midday, we’ll bid arrivederci to Venice and set off with our driver for Selva Val Gardena, stopping along the way for lunch enjoyed with a glass of local prosecco and a sweeping view over the Valdobbiadene hills. 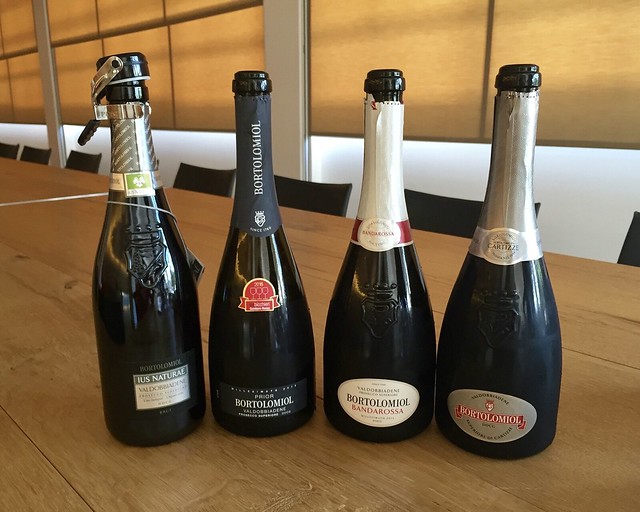 By mid-afternoon, we’ll be settled into luxurious digs at Hotel Gardena Grödnerhof, our base fort the next few days of skiing and pampering. Located in the center of Ortisei and surrounded by a large garden, this Relais & Chateaux property offers a large spa, fitness facility, and indoor pool. As both breakfast and dinner are included, there’s no hassle making dinner reservations at restaurants around town each evening after a day on the slopes.

On the first of our two days dedicated to the Dolomites, we’ll set off with a private skiing guide to explore the Sella Ronda without the hassle of navigating a map. The ski tour of the four Dolomite Passes around the Sella massif is one of the most spectacular in the world and can be done easily in one day entirely on skis. We’ll pass through the four Ladin valleys - Val Gardena, Alta Badia, Val di Fassa, and Arabba - stopping to unwind over lunch at one of the many alpine chalet restaurants dotted across the peaks. In the evening, we’ll soak our muscles in the hotel spa’s hot tub or indulge in a massage so we will be ready to hit the slopes the following morning. 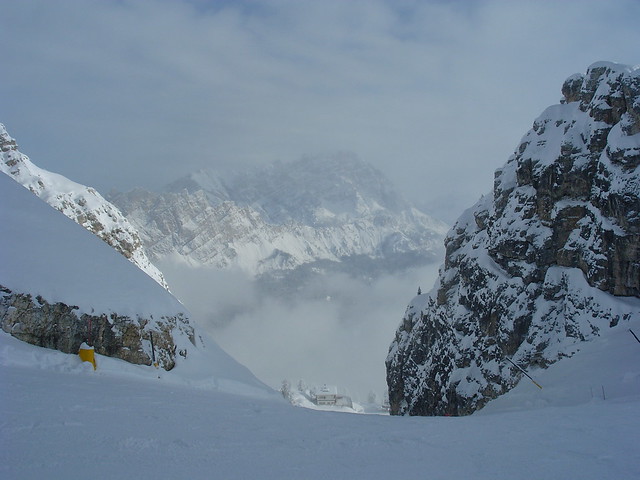 Now that we have our bearings, we’ll explore on our own the second day. We can take on new pistes or revisit the most spectacular from the previous day, stopping to relax when and where we want. With views like these, we’ll be sure to take time to snap spectacular photos from the highest peaks...leaving enough time back at the hotel for a final spa visit and leisurely dinner.

Today, we’ll head to Bormio, stopping on the way in Bolzano, the capital of South Tyrol. We’ll stroll through the postcard-perfect center of town with a guide to take in the main sights, and stop at the traditional Wirsthaus Vögele for a lunch of classic Tyrolean cuisine.

After lunch, we’ll continue on with our driver to the Palace Hotel in Bormio in time to rest up for the following day on the slopes. Our skiing guide will meet us for a full day skiing tour of Bormio, known for its long and narrow ski area with a fantastic 1,800-meter vertical top to bottom, also known as Peak to Creak. 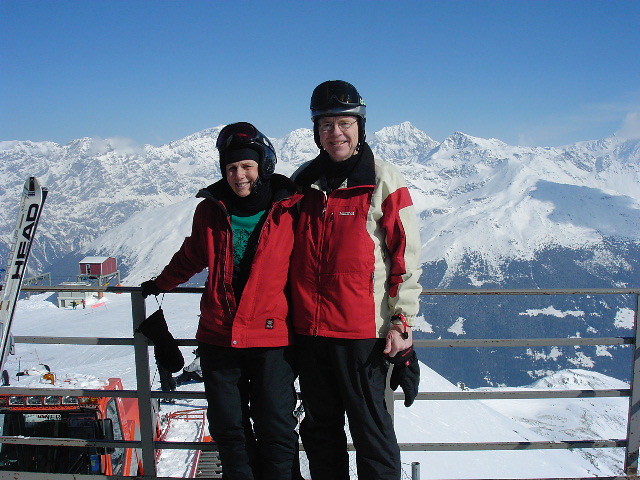 Our final morning in Bormio will be dedicated to an indulgent visit to Bagni Vecchi, the oldest and most famous hot springs in Bormio. Located five minutes outside of town, the Bagni Vecchi complex includes the original Roman baths and a panoramic pool with fantastic views over the Bormio valley.

We’ll have to force ourselves out of the baths by midday to meet our driver for the short drive to Tirano, where we’ll board the Bernina Express to St. Moritz. This UNESCO-listed Bernina Express train route runs from Tirano just east of Lake Maggiore over the Bernina Pass into Switzerland along what is considered one of the most scenic train routes in the world. Though the entire route passes through 55 tunnels, over 196 bridges, and through a spectacular landscape of snow-capped peaks and pristine glacial lakes to the Swiss town of Chur, we’ll get off at St. Moritz, about 2.5 hours into the trip. 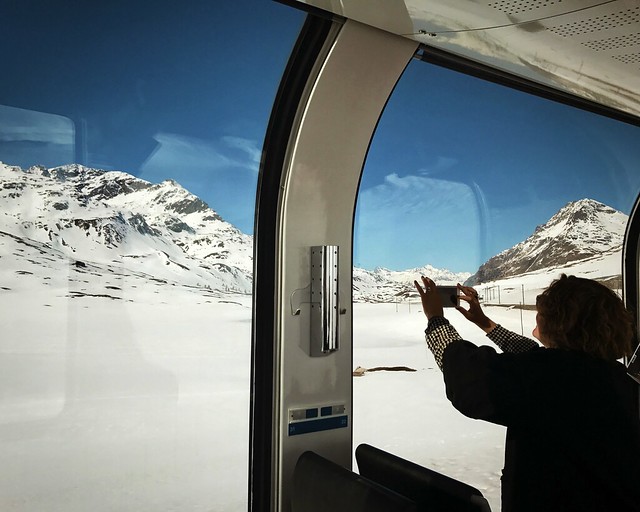 We’ll get comfortable at Kempinski Grand Hotel des Bain, a historic 5-star resort in the Upper Engadine in St. Moritz with three gourmet restaurants, a full spa, and a spectacular alpine setting with easy access to both the town of St. Moritz and the surrounding countryside. This breathtaking retreat will be our base for the following two days of skiing the Alps, including a full day with a private skiing guide on Corviglia, St. Moritz’s most famous ski area. We’ll also have a free day to ski independently, relax in the hotel spa, and explore the village of St. Moritz...including a meal at the excellent Dal Mulin restaurant for some updated Swiss alpine cuisine.

Today, we’ll complete the Bernina Express route by catching the morning train from St. Moritz to Chur, passing over the dramatic 65-meter-high Landwasser Viaduct, the signature structure of the Rhaetian Railway. In Chur, we’ll change trains and head to Zurich, about three hours away.

Once we’ve pulled into the station, we’ll head to Ambassador à l’Opéra Zürich, a boutique hotel set in a neo-baroque building in Zurich’s cultural heart and just steps from the lakeshore, the opera house, and the city’s shops and restaurants. The Augustinergasse, one of the city’s oldest and most charming streets, is also within walking distance. We’ll settle in for lunch at the on-site gourmet Opera restaurant, with its expansive views over the lake and the Alps from the roof terrace. 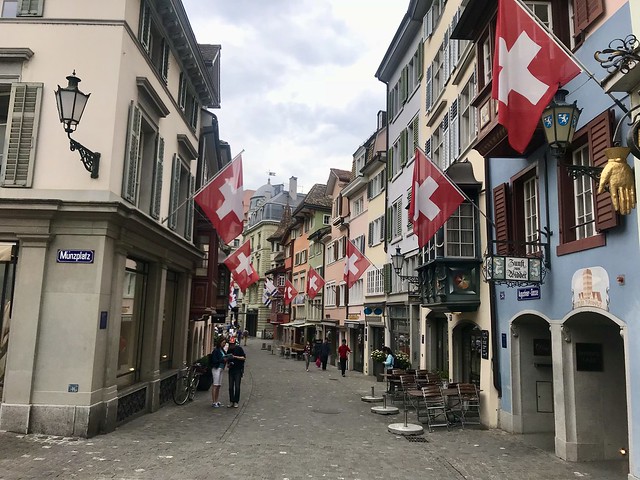 In the afternoon, we’ll meet up with a guide for a walking tour of the city’s highlights and perhaps stop into one of the city’s many excellent art museums. We’ll dine on our final night at Bauernschänke, one of the city’s most beloved eateries that interprets classic Swiss cuisine with a contemporary twist that reflects the modern, multicultural city of Zurich.

After a dream trip of beautiful landscapes, world-class skiing, and unforgettable meals, it’s time to catch a flight home to start plotting our next jaunt across the Atlantic!