Italy is a country of contrasts, with differences between regions so stark that a trip from north to south seems to span a continent rather than a country. 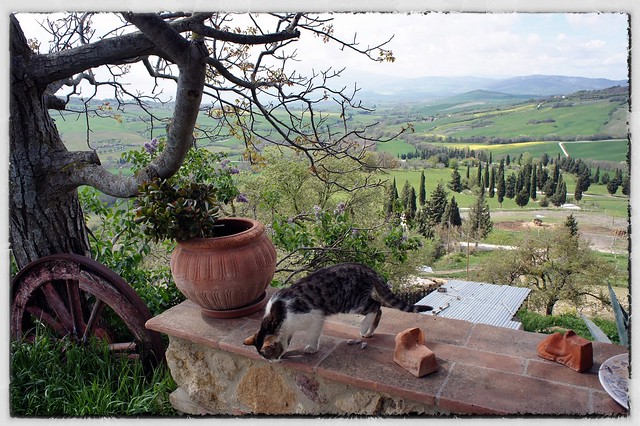 You don't need to drive for hundreds of kilometers to see how dramatically Italy can vary both culturally and architecturally. It is enough to simply travel a bit around the region of Tuscany, beginning in the elegant and bustling city of Florence marked by the wealth and power of the Medici and still one of Italy's most vibrant cultural and economic hubs, and moving on through the iconic Tuscan countryside to some of its lovely hilltowns, popular with travelers but with a quieter, more rustic atmosphere reflecting a humbler history much more closely tied to the rural culture of farming families and provincial nobility.

We love visiting these tiny hilltop villages, where - despite the seasonal influx of tourists - the pace of life is slower and the days are dominated by good food shared with family and friends.Travelers who only visit Florence come away with a picture of Tuscany much less complete than those who take the time to explore a bit of the countryside and are able to see the splendor in both Michelangelo's magnificent David and in an equally perfect wheel of fresh pecorino crafted by the hands of a local farmer. 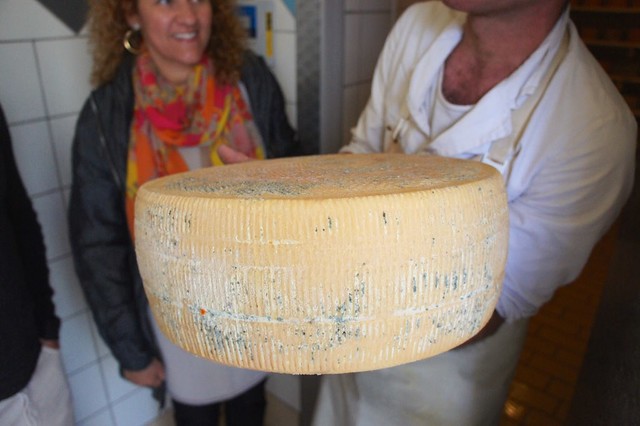 Here are our favorite Tuscan villages to discover: 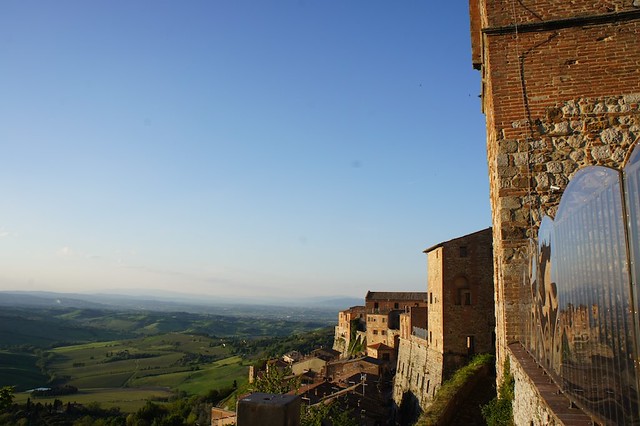 For many, the name Montepulciano immediately calls to mind a glass of full-bodied red, as well it should. Montepulciano dominates a hilltop surrounded by neat lines of vineyards, many of which produce the DOCG Vino Nobile di Montepulciano, one of Italy's most prestigious and storied wines. The pretty center of this Medieval town south of Siena is crisscrossed with narrow lanes lined with gourmet shops offering samples of local wines, pork charcuterie, pecorino sheep cheeses, and honey. 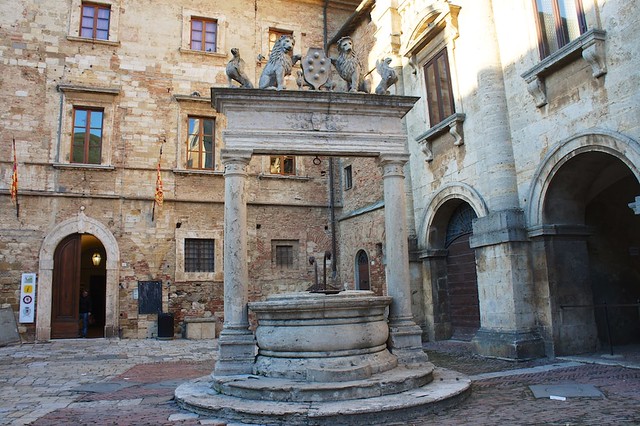 But not all of Montepulciano's delights are limited to the table; the town also has a lovely town hall (a close cousin to Florence's Palazzo della Signoria, and designed by Florentine architect Michelozzo) and a breathtaking terracotta altar by Andrea della Robbia in the 16th century Santa Maria delle Grazie church.

Our tip: Stop in the elegant Madonna di San Biagio sanctuary just outside of town, designed by Antonio da Sangallo the Elder in the mid-1500s and with some lovely views both above and below.

Where to stay: Villa Poggiano just a few kilometers outside of the center has a Tuscan country feel while being close enough to town to easily reach shops and restaurants. 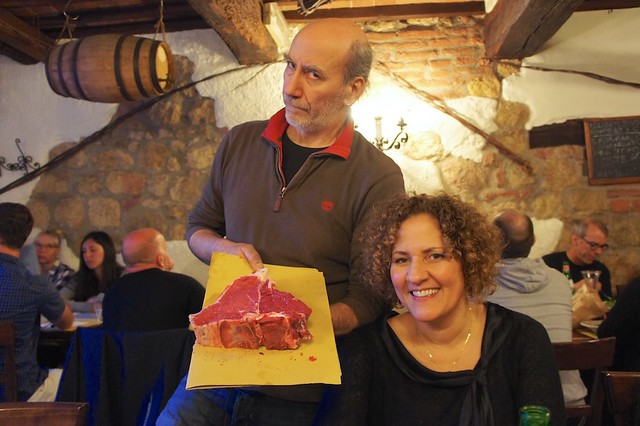 Where to eat: Osteria L'Aquacheta has a wonderfully friendly trattoria vibe and great authentic Tuscan dishes. 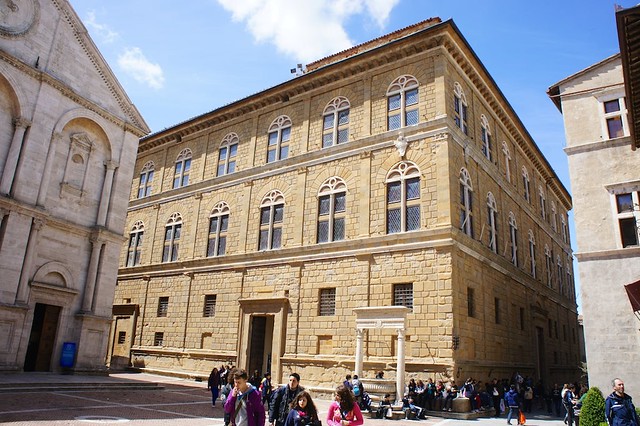 If Montepulciano is all about food, Pienza is where you say cheese. If you didn't know this town in the picturesque Val d'Orcia was famous for its aged and fresh pecorino sheep cheeses upon arrival, you will discover it just minutes into exploring the Renaissance center. Gourmet shops abound in this UNESCO World Heritage Site, most with tempting displays of cheese (along with the area's excellent wines, cured meats, and olive oil) crowding the windows. After you've sampled and bought your fill, you can admire the town's stately Renaissance architecture, including the papal palace and harmonious street plan, legacy of the local Piccolomini family (specifically Pope Pius II) in the 15th century.

Our tip: Don't miss the view from the rear loggia of Palazzo Piccolomini overlooking the Italian Renaissance garden below and the spectacular surrounding Val d'Orcia, including Mount Amiata in the distance on a clear day.

Where to eat: Trattoria Latte di Luna serves simple, good food at moderate prices with outdoor seating on the piazza in the warmer months. 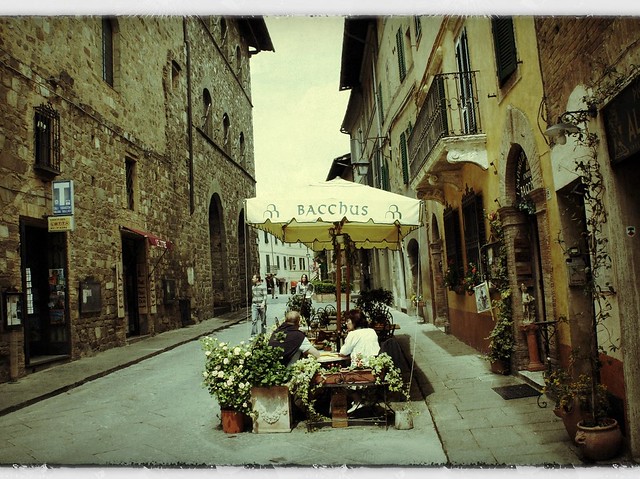 When you close your eyes and think about a Tuscan hilltown, you are probably picturing Montalcino. Surrounded by its historic walls, dominated by a fairytale castle above, and rolling hills, vineyards, and olive groves below, this is where you will wish you had a better camera. Under siege for centuries by the Sienese, the Church, or the Medici (the last heroic stand against Medici rule lasted for four years here), followed by the scourge of malaria, Montalcino was one of the poorest towns in the province of Siena until as late as the mid-20th century. Thanks to the popularity of the excellent local wines - including the most recognized, Brunello - Montalcino is now one of the wealthiest. 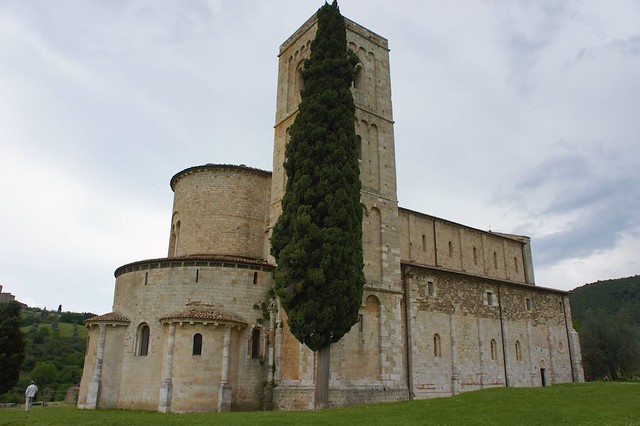 Our tip: The monks of the Sant’Antimo Abbey, just south of Montalcino, worship with Gregorian chanting several times daily (check the schedule posted on the church door), which is an unforgettable (and unforgettably moving) experience.

Why not San Gimignano?

You may be wondering why we left out the most recognized of all the Tuscan hilltowns, and it's certainly not for lack of beauty. Famed for its Medieval towers jutting over the village skyline, San Gimignano truly does invoke a spirit of historic Tuscany. Unfortunately, this well-preserved town has become so overrun with tourists over the past few years that any pleasure found visiting here is fleeting, at best.

Related links:
Traveling Between Rome, Florence and Venice: Stopovers to Round Out Your Trip
Siena's Palio
48 Hours: Firenze (Florence)