We all know how much Italy has influenced the United States over the past four or five hundred years. From the Genoa native Christopher Columbus in the 15th century and the waves of Italian immigrants which permanently changed the demographics of the East Coast in the 1800s, to the great contemporary fashion and design houses dictating trends from Milan today, Italy is a constant presence in America's history and culture.

But what of how the New World has influenced Italy? Though you can certainly see your share of Levi's and Timberland boots on the streets of Rome and Florence, and tourism and exports to the US are a large slice of the Italian economy, arguably the most important influence the Americas have had on Italy since Colombus' first voyage has been on cuisine. 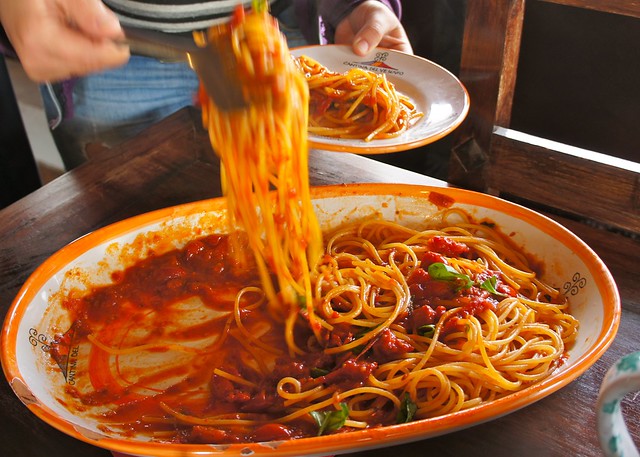 With the love Americans show daily for pizza, pasta, cappuccino, gelato - the list goes on - it may seem like this culinary influence has run almost exclusively from Old World to New. But a close look at some of the ingredients in Italy's most iconic dishes reveals that without a number of fruits and vegetables indigenous to American soil, many of these favorites wouldn't exist today.

Though the early history of the most beloved fruit in Italy is sketchy, it is believed that the first tomatoes were brought to Europe by the Spanish Conquistadors from South America in the early to mid-1500s, and the fruit is named in written documents in Tuscany dating from 1548. These first mentions call the tomato, previously known by the Spanish name tomatl, a “pomidoro”, or “pomi d’oro”: golden fruits. 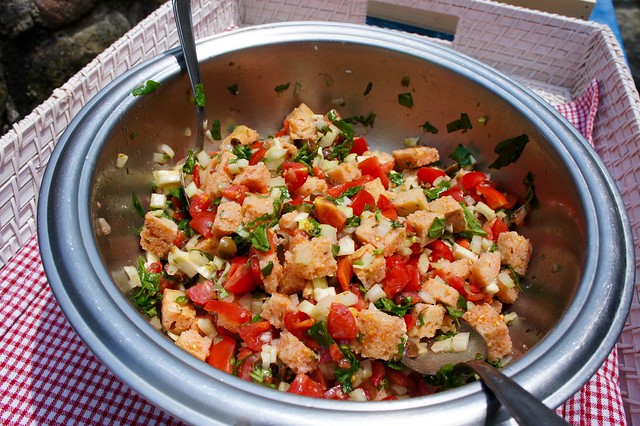 The pomodoro’s rise in Italy was not immediate, and for many years tomatoes were considered somewhere between poisonous and toxic. It wasn't until the 1800s that they began to gain ground in Italian cuisine, and many traditional dishes and condiments were updated to accommodate this new ingredient.

Today, tomatoes are the foundation of some of the world's most beloved and recognized pasta dishes, pizze rosse, and summer salads ...though many of these are relatively recent additions to the Italian table and were spread with the emigration of Italians in the late 19th century who transported their take on the tomato back to the New World.

Corn arrived in Italy the long way around, from the New World to the Ottoman Empire, and then back west via Venetian traders; indeed, many Italians still call corn “granturco”, or Turkish grain. Though the tradition of grinding chickpeas, chestnuts, barley, and other grains into a flour to make a porridge dates back to before Roman times, with the arrival of corn, the specifically Northern potage of polenta was born. 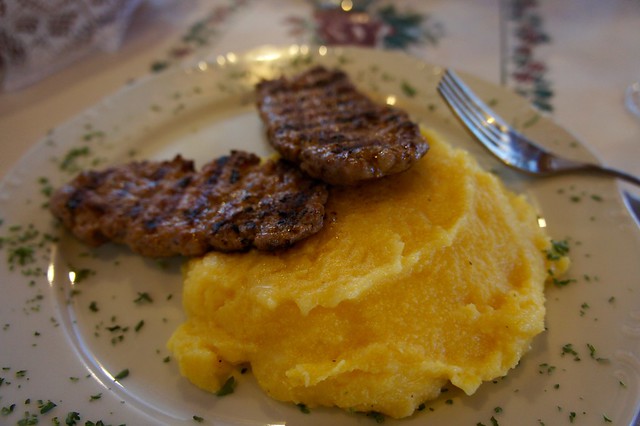 Though today polenta is most often served with a rich meat or cheese sauce, this simple corn porridge was a cheap staple of the “contadino” peasant diet for generations, served with little or no condiment. In the early 1700s, many northern Italians began falling ill to a new disease called pellagra, which was blamed on this overwhelmingly corn-based and nutrient poor diet. In truth, corn itself wasn't the culprit: the preparation of corn meal in Italy was different from that used by Native Americans who soaked the kernels in an alkaline-based liquid to free up its vitamins. The Italian preparation resulted in porridge that was dramatically less nutritious.

Polenta continues to be one of the most important dishes in northern Italian cuisine, and the simple preparation of the corn meal used to make it (once the source of malnutrition for millions of Italians) is now appreciated for its distinctive grainy coarseness, so different from cornmeal found in the Americas.

Italians are enthusiastic potato consumers, and love their spuds “arrosto” with olive oil, salt, and rosemary, in puree, and, of course, worked into a dough with flour and eggs and boiled as gnocchi. These ubiquitous tubers, now one of the most important crops in the world, originated from the Andes and were introduced in Europe about four centuries ago. Like the tomato, potatoes were first met with distrust by Italian farmers and consumers, and only began to gain traction in the 1800s. 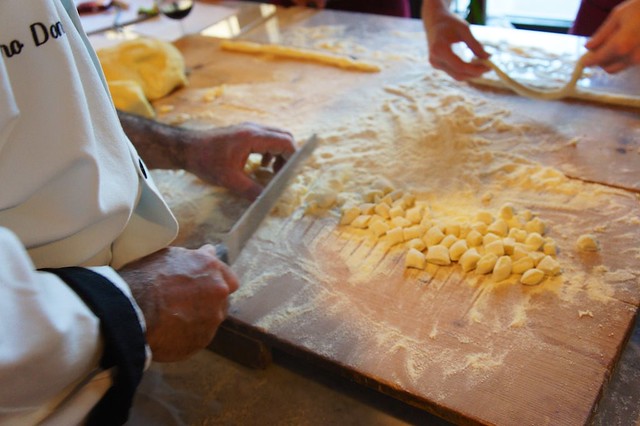 Today, gnocchi is one of the most popular dishes in Italy from Rome - where they are traditionally eaten on Thursday - north to the borders with the potato-dumpling eating populations of Austria and Switzerland.

It's hard to imagine the world without chocolate, let alone Italy, where some of the finest commercial and artisanal chocolate in Europe is produced. Cocoa, the main ingredient in chocolate, comes from the fruit of the cacao tree, indigenous to Central and South America, and was imported to Spain in the 1500s by Columbus himself.

Chocolate was initially consumed exclusively as a beverage by the noble classes, beginning with the Spanish court where sugar or honey was added to counteract the natural bitterness of the cocoa powder. Over the next century, the drink spread to courts across Europe, including Italy.

With the industrial revolution came modern innovations for processing cacao beans, and the era of chocolate as a consumer product began. From Holland and Switzerland, the art of making and marketing chocolate spread south to Italy, and cities from Turin in the north to Modica on the island of Sicily have become famous for their superb local chocolatiers.

Related posts:
Taste of Summer: Tomatoes take Center Stage
Pizza: The Dos and Don'ts | Postcards from Italy
So, You Want to Take a Cooking Class....