Puglia—or, more specifically, the Salento Peninsula that forms the heel of Italy’s “boot”—is a fantastic destination for families both for the wide range of things to do and see in this relatively compact area and for the laid-back, kid-friendly pace that characterizes much of southern Italy. Though the region of Puglia itself is surpisingly long (a fact that becomes stark when traveling through by car, by far the best way to visit), the Salento peninsula covers only the bottom third of the region, bordered to the east by the Adriatic Sea and to the west by the Ionian. 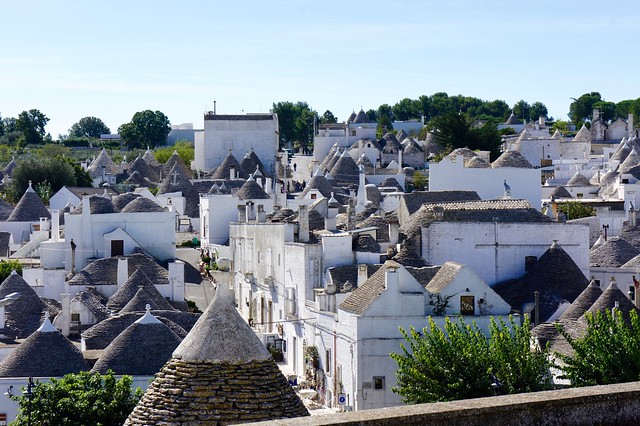 Here a few family favorites in Puglia to fill up those hours between eating and napping:

In the Itria Valley on Salento’s northern-most border, the rolling landscape is dotted with one of Puglia’s most iconic architectural features: 19th century trulli --small round whitewashed dwellings topped with conical limestone roofs—which look like they could be inhabited by fairies or hobbits, or a combination. 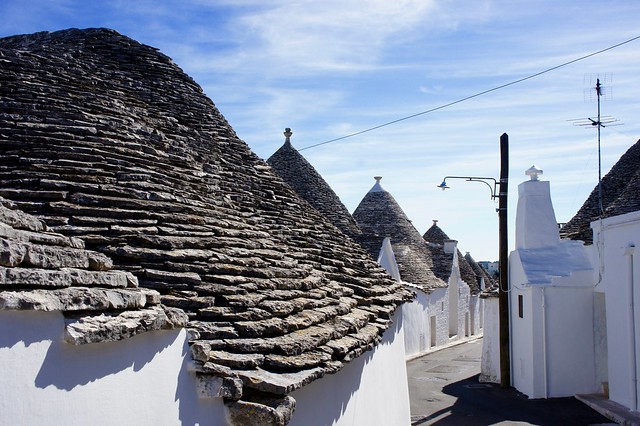 Instead, these whimsical buildings were built by peasant farmers in the countryside as a rough shelter, easy and fast to build as the walls are dry stone masonry, as are the limestone slabs forming the cone-shaped roofs. Either single buildings or in clusters of up to five or six, trulli are topped with fantastical sandstone pinnacles carved into a variety of shapes, which sometimes served as the signature of the trullo’s mason. Some roofs also have have sacred symbols whitewashed onto the limestone slabs.

Kids love these playhouse-like structures, many of which are now holiday homes, shops, and restaurants.

Puglia has one of Italy’s longest shorelines, stretching more than 800 kilometers (about 80% of which is safe to swim). The advantage of Salento is that there is rarely a day that can’t be spent at the beach—if the wind is too strong on the Adriatic side, it’s a quick drive across the peninsula to the Ionian and a different weather front. 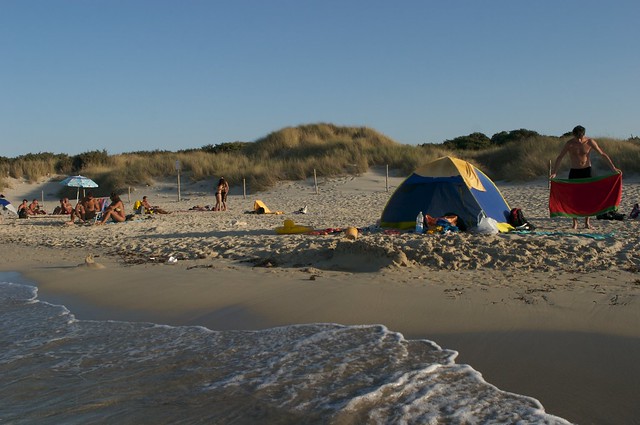 The beaches are both non-serviced spiagge libere and lined by stabilimenti (lido facilities offering rental chairs and umbrellas, changing rooms, showers, refreshment stands or full-on restaurants). A favorite kid-friendly beach is the Torre Guaceto nature and marine sanctuary. The area stretches almost six kilometers, encompassing pristine beach, dunes, and Mediterranean woods. There is a mini-train transport from the parking lot to the beach, bike and walking paths, and rental chairs, umbrellas, bikes, and a refreshment stand at the Apani Service Area at the southern end of the reserve. 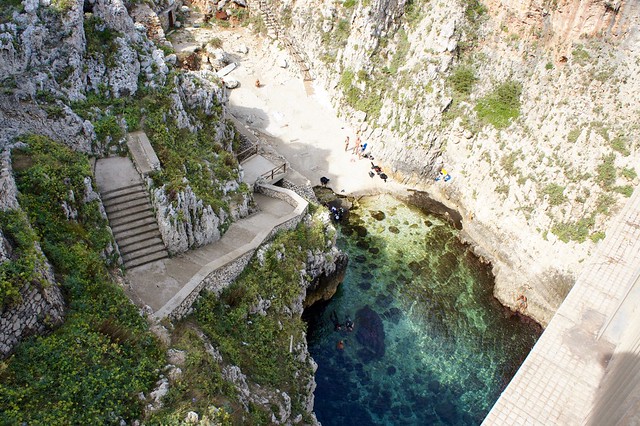 Puglia is a region of emigrants, many of which visit their home towns to see friends and family during the summer months. This influx means that many of Puglia’s small towns celebrate their patron saints during the period running from May to September (even those that have their official Feast Day during the winter months), so their returning citizens can have a chance to participate. Good news for families visiting during those months as well, as nothing is more fun for kids than a raucous Patron Saint celebration in one of Puglia’s towns. 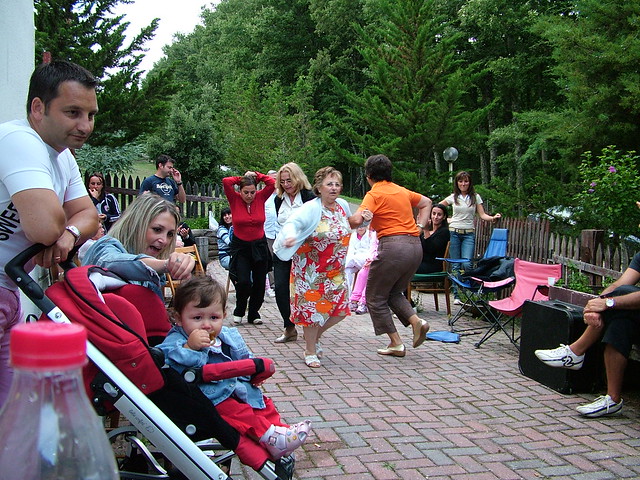 Marked by fantastical fairy-light decorations called luminarie lining the main corso and piazza, and usually including a market, band, taranta dancing, and fireworks, these feste are a fun, casual evening when you can rub elbows with small town Puglians and get a close-up look at their local traditions and culture.

The Feast Day celebrations (and food festivals, which generally have the same vibe) are usually advertised with large posters along the roadside, but the best way to see a complete listing is to pick up a copy of “quiSalento”, a monthly tourism and events magazine, at a newsstand. The publication is only in Italian, but it’s easy to decipher the locales and dates of each town’s summer festival.

Salento has two fantastic caves, both easily explorable for all ages. The Grotta Zinzulusa on the east coast between Castro and Santa Cesarea Terme opens directly into the sea, and stretches for almost 150 meters through three separate chambers into the rock cliff. Remarkable for the number and variety of fauna, this is a fascinating cave to explore by boat and on foot. During the summer, wait times can get long; the surrounding area is beautiful, so take advantage of the day to explore the coastline. 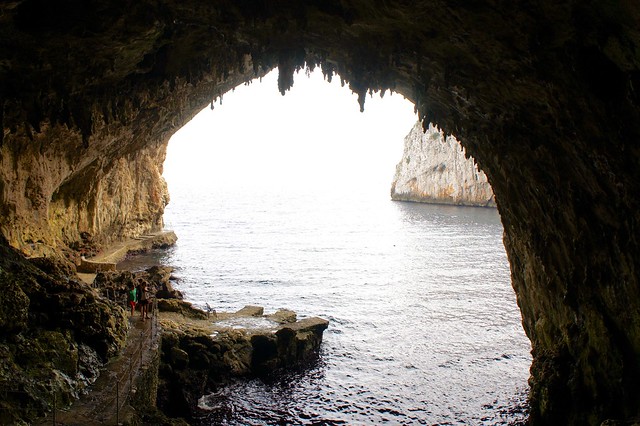 To the north, the much larger Grotte di Castellana, is a jaw-dropping series of caves both for the incredible stalactite and stalagmite formations and for the sheer size: almost 3 kilometers in length at a depth of 70 meters. The wait to get in can be daunting in the high season, but you can buy tickets to either of the two routes (one longer than the other) in advance online (there are tours in English) to jump the queue and start your adventure. Be sure to bring a jacket; it gets chilly inside the caves!