As news of popular destinations in Italy like Capri, the Cinque Terre, and Venice becoming so besieged by travelers that residents are exasperated with the crowds and local administrations are considering measures to limit the number of visitors, many Italophiles are asking themselves if they should cut those locations from their itineraries altogether. 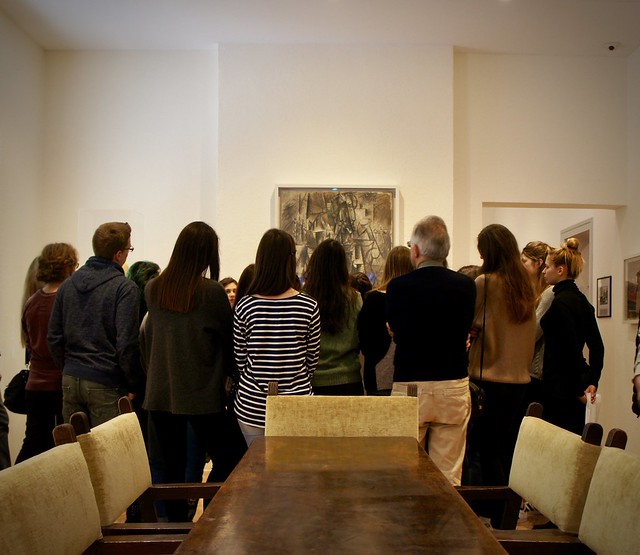 The answer, of course, is no: these and many other hot spots across Italy have economies driven mainly by tourism, and a precipitous drop would have negative effect for everyone from local hoteliers to the plumbers who keep their faucets from dripping. Instead, it's important to be the right kind of tourist, one who bolsters both the economy and the culture of a destination and helps locals continue to welcome visitors from across the globe with the warm hospitality for which Italy is known.

Capri, the Cinque Terre, and Venice - along with destinations like the Amalfi Coast, Rome, and even Florence - share one nemesis: the mass shore excursion/coach stop. Much of the protesting by locals and business owners isn't about tourism in general, but about what local politicians have come to define as “low quality tourism”, or the kind than brings groups of thousands who descend upon the city or area at once, stay for just a few hours, clog the streets around the major sights or monuments, and leave without having ventured beyond the well-beaten “tourist track”. This kind of tourism taxes the local infrastructure including roads, parking lots, washrooms, and trash collection while leaving little behind in the form of economic or cultural investment. 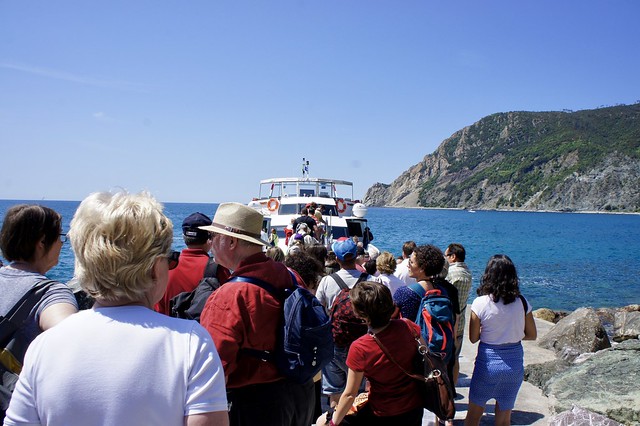 Instead, the kind of visitor who is part of a couple, family, or small group of friends and lingers for at least a night or two, eats in local restaurants, takes the time to explore areas beyond the main sights, visits the workshops of historic artisans, and is thoughtful and curious about the local cultural is beloved and welcomed with open arms. It is this “high quality” tourism that helps maintain the economy and protect the traditions of these delightful corners of Italy.

Many of the same issues that make large shore excursions or coach trips the plague of over-taxed destinations can be said about day trippers in general, but most travel itineraries include at least a stop or two that doesn't include an overnight stay for the purely logistical reason of breaking up a day of travel between destinations. So how can you plan a day trip that is memorable while not ultimately damaging the town you've decided to explore? 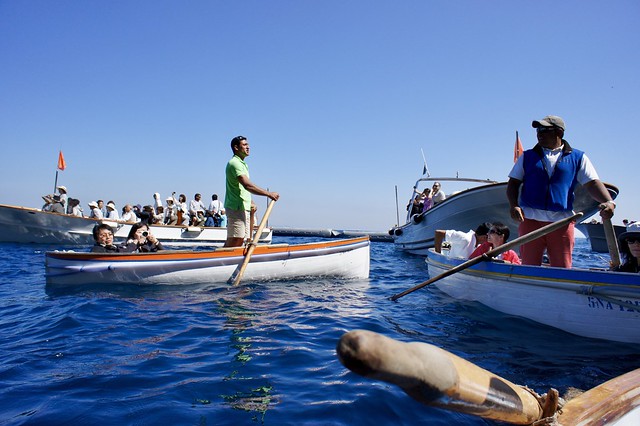 First, try to stop in a slightly off-the-beaten track destination rather than a major tourist hub. Rather than breaking up your day of travel with a few hours in Florence, try a picturesque hilltown in Umbria, or one of Tuscany's charming smaller cities like Lucca or Siena for breathtaking art and architecture and traditional artisan workshops. Further north, rather than race through the streets of Venice, you can experience the lived-in feel of virtually tourist-free yet beautiful cities including Verona, Ravenna, or Mantua, with their historic monuments, bustling piazzas, and excellent local restaurants. If you're looking for a short stop just to stretch your legs, you can visit a unique museum along your route or take a turn a cool garden. In short, strike out beyond the most visited and crowded destinations for a relaxing stop-over and see a different, often more authentic side of the Bel Paese.

Though there are many cheap (or even free) thrills in Italy, there is an undeniable pleasure in dining out and shopping...as long as you do so thoughtfully. We all may crave a quick bite to eat on the go, or become tempted by the odd novelty statue of David, although we know that the McDonald's in Rome's Piazza di Spagna doesn't need our business to survive and those sorts of cheap trinkets are all made in foreign factories. Instead, dine in a traditional family-run trattoria and spend your souvenir budget collecting one-of-a-kind, artisan mementos that will last a lifetime, knowing that your money is being invested in keeping Italy's historic small family businesses running for the next generation. 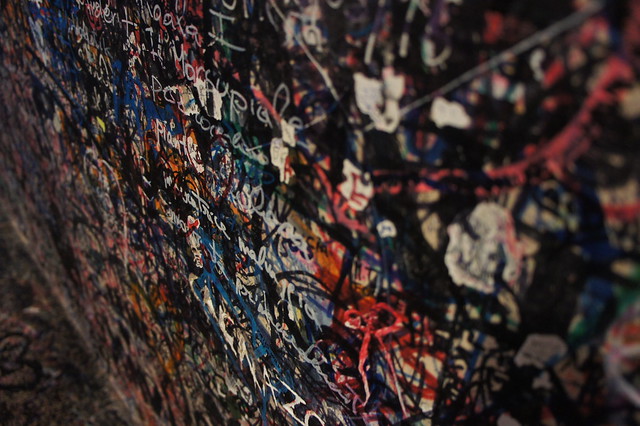 The trick is, of course, doing a bit of homework before you travel. Research the best landmark restaurants, rather than relying on the algorithm of TripAdvisor, which often reward the high number of reviews fast food and tourist-friendly pizzerias can produce rather than the terrific but under-the-radar neighborhood trattoria. Find out what crafts the city or area you are visiting is known for, and take the time to visit historic workshops rather than picking up gifts at the chain stores or souvenir shops that line the main streets. Be a curious and engaged traveler, and you'll find that many of Italy's skilled artisans are thrilled to share their passion with you!

What is the floater? Every thoughtful traveler's worst nightmare: the tourist who never takes the time to delve below the surface of a country, but instead floats through to check off the main sights on their bucket list without putting them into a cultural or historic context. Cities, regions, and whole countries are painted with broad brushstrokes, and with no true appreciation or understanding...and often much cultural clashing and irritation on both sides. 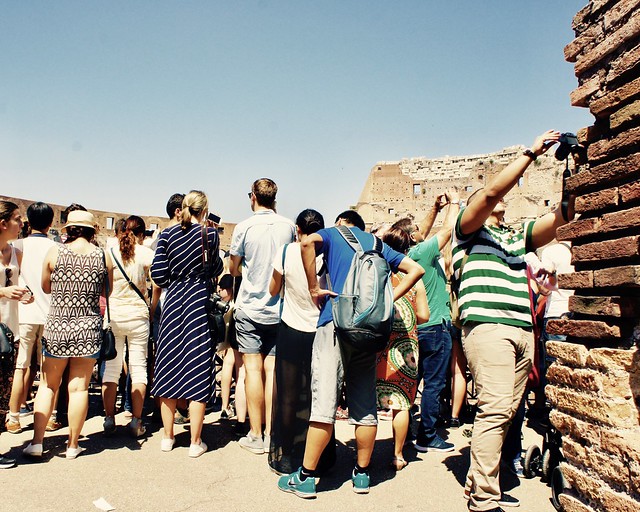 Instead of being a floater, be a diver! Go beneath the surface to truly understand Italy and its people: explore museums and archaeological sites with an expert guide, so to gain a deeper sense of importance of the paintings and ruins; stay in a small town and rub elbows with the locals at the market each morning and the bar each evening; take a cooking class, winery tour, or truffle hunt to fully understand Italy's rural roots and local cuisine; visit an aristocratic palazzo or castle with a member of the family and learn about its history and legends. Not only will these experiences create meaning for you, but they will also support sustainable, valuable tourism, encouraging Italy to remain the authentic, welcoming country the world has grown to love for years to come! 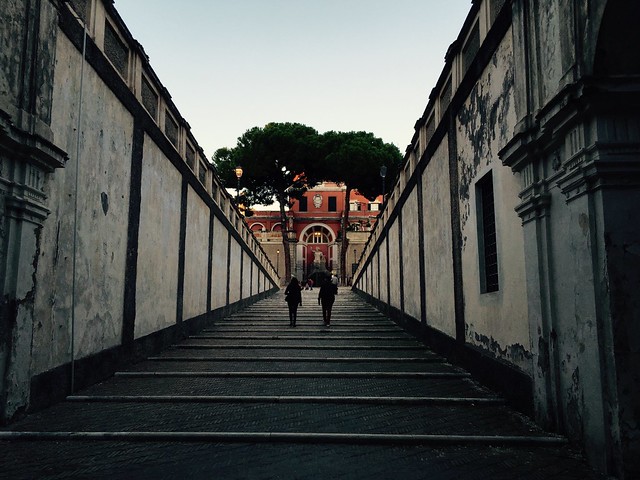 Related posts
Traveling Between Rome, Florence and Venice: Stopovers
Guilt-Free Tourist Fun in Italy
On Your Best Behavior: Dos and Don'ts While Traveling in Italy