Meet Our Guides: An Inside Look at Pompeii with Tony

Last week, we began a short series of posts highlighting our favorite guides in Italy and Switzerland. The series kicked off with Elvira, our top Florence guide and insider who knows the city’s highlights and hidden gems by heart. Elvira is just one of our carefully selected stable of professional guides whom we have entrusted with countless clients over the years.

This year, we are missing out on reconnecting with these guides as we lay low at home waiting for travel to make a comeback; our guides are also missing travelers from the US, and many have very little work this year as international tourism has bottomed out. 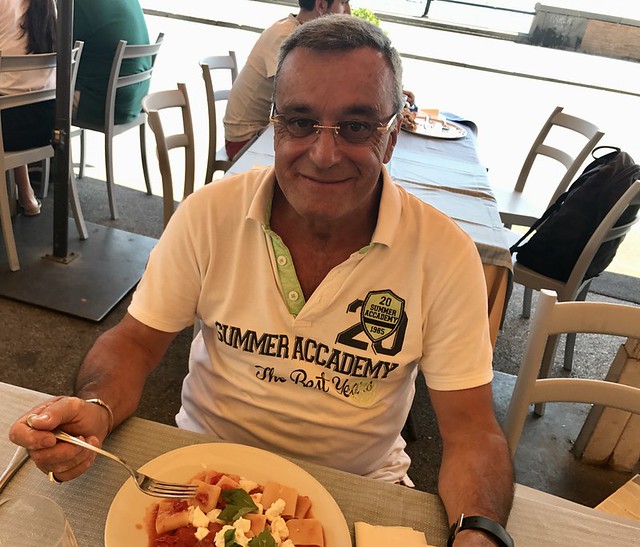 We decided to take advantage of their relatively free schedules this summer with a number of interviews that touch on what each guide loves about their jobs, their cities, and their clients. This week we talked with Antonio Somma, known affectionately as Tony, who has taken scores of our travelers through the ancient city of Pompeii at the foot of Mt. Vesuvius. In addition to being a wonderful guide, he is an avid S.S.C. Napoli football fan and has accompanied clients to San Paolo Stadium for matches. Tony and his wife Carla are excellent cooks and have hosted guests for a home-cooked lunch. On a more personal note, Tony has a lovely lemon tree in his garden that supplies the lemon peel for our annual batch of homemade limonello. He is generous with his time and passionate about where he’s from. In somma, Tony is a true Pompeiano. 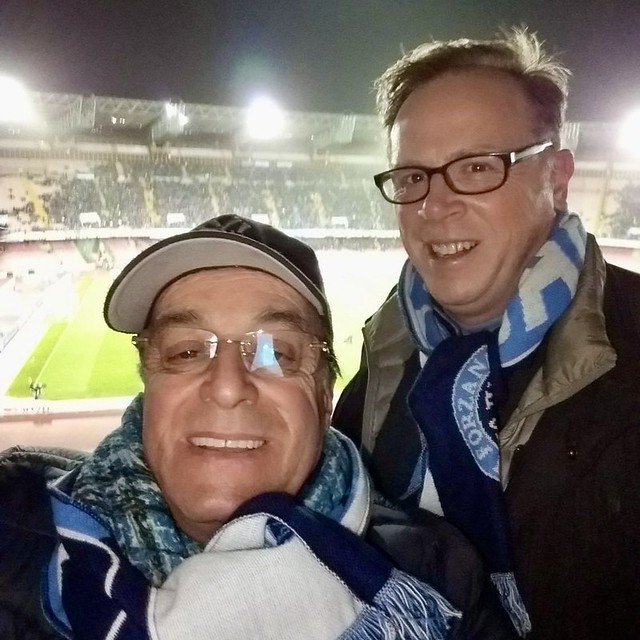 Tell us about yourself! Where are you from, what did you study, and how long have you been a tour guide?
I am originally from the area right around the Pompeii archaeological park and have been a tour guide here for 40 years! I began my studies to be a graphic arts designer, but soon after switched to studying languages and began traveling abroad to practice my English and Spanish.

My father had a bar in front of the entrance to the ruins of Pompeii and as a boy I would watch tourists from around the world arrive and discover its beauty with the park’s guides. Over the years, I fell in love with this wonderful job.

What is the one thing in Pompeii all visitors should see in your opinion?
I advise visitors not to miss the opportunity to enter the ancient houses and spas in this fascinating Roman city, and to see the casts of the bodies of the victims of the eruption of Vesuvius, which are still poignant thousands of years later. 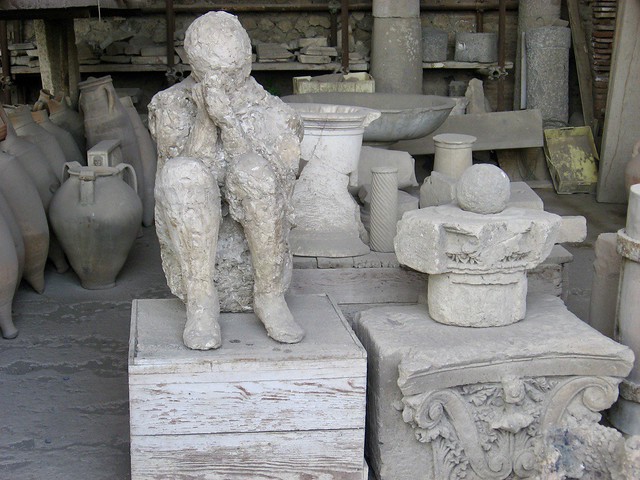 What is your favorite secret treasure that you love to share with visitors?
Clients are always fascinated to learn about the secrets of ancient Pompeian cuisine, especially when we visit the roadside thermopolia, considered the ancestor of the modern restaurant, where locals could stop for a quick bite or drink during their lunch break.

Of course, another captivating side of ancient Roman culture was life in the spa! I love to explain how these thermal baths weren’t just for bathing, but were also an important place to socialize, play sports, read, and relax. 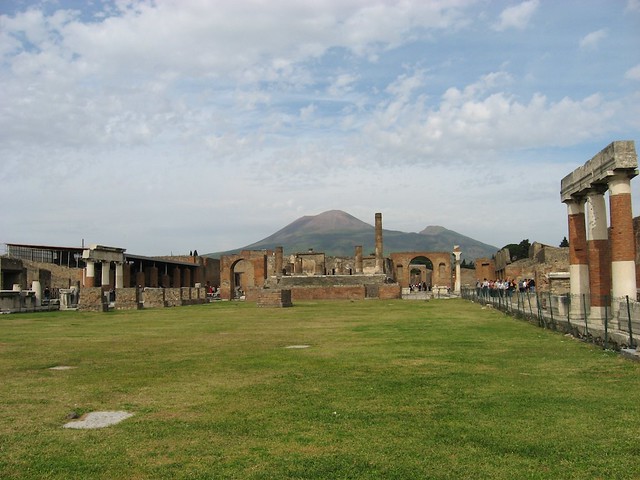 What is the biggest mistake that travelers make when they visit Pompeii?
I often see visitors so concentrated on snapping photos that they ask very few questions. Pompeii is extraordinary, but to really dig beneath the surface and understand the daily life in this once-teeming ancient city, insights from a guide who knows the history and architecture of the city intimately is key.

What is your favorite sight or attraction nearby to see before or after the ruins?
The Amalfi Coast, and especially the picturesque town of Positano, are a must-see and can be easily visited on the same day as the ruins of Pompeii. 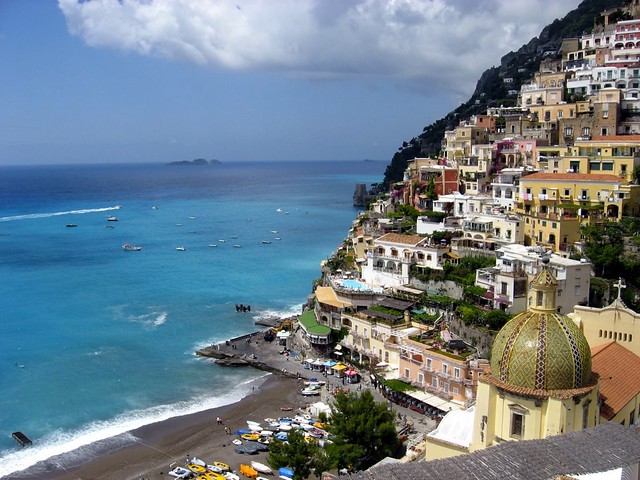 Share your favorite memory from a tour you have given.
Last year I was with an American family from California with a beautiful 6-year-old girl named Sally. During our tour of Pompeii, Sally asked more intelligent questions about the ancient city than her parents and during the walk she always wanted me to take her by the hand, which made me so happy. She loved taking pictures, but insisted that I always had to be in the photos, and when we finished the tour, she didn't want to let go of my hand! She cried when she realized that we had to say goodbye, and I was very touched. It was the best tour of my life! 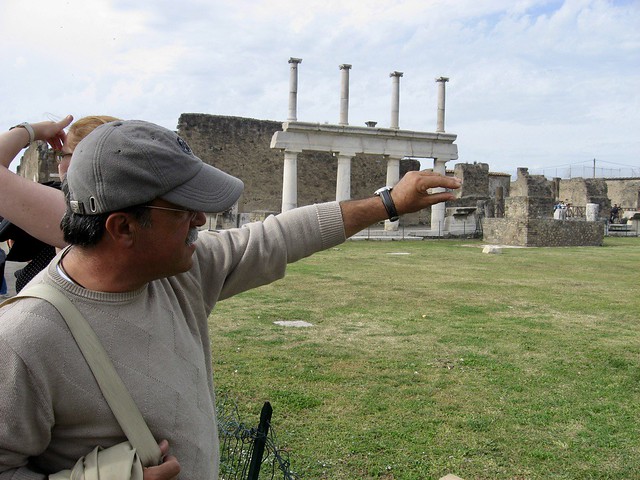 Can you recommend a book or film for those planning on visiting Pompeii?
The best books about the ancient city are the historical fiction novel “Pompeii” by Robert Harris and, for those who read Italian, “Pompeii, Il Tempo Ritrovato” by Massimo Osanna.

Meet Our Guides: An Inside Look at Florence with Elvira
A Blast in the Past: Tips for Visiting Pompeii and Herculaneum
Something Old, Something New: Recent Discoveries in Pompeii