The Art of the South: The Top Museums and Collections in Naples

With the eyes of the world fixed on Covid-19, now is the time for us to do what’s best for our communities and avoid unnecessary travel. That said, there’s nothing that gets us through hard times like dreaming of our next jaunt to Italy! We’ll continue posting travel ideas for the Bel Paese and Switzerland for future trips, and we all hope to be wheels up as soon as possible....

Rome and Florence may be considered the capitals of Italy’s art world, but the teeming city of Naples (http://ciuitaly.com/blog/files/48-hours-naples-napoli.php) is home to a surprising number of world-class museums, collections, and other cultural treasures. Known more for the atmospheric, shop-lined streets of the Centro Storico and grandiose monuments like the Castel d’Ovo and Piazza del Plebescito, “Bella Napoli” was the seat of the House of Bourbon during their rule of the Kingdom of Naples and Kingdom of the Two Sicilies in the 18th and 19th centuries, and a number of royal collections scattered across the city are testimony to the wealth and power of their reign.

Before heading further south to the blockbuster destinations of Sorrento and the Amalfi Coast, linger awhile in this vibrant port city to take in the masterpieces hidden in its museums, palaces, and churches.

The most important museum in Naples, this treasure trove of Greek and Roman art and artifacts opened in the late 18th century to house Charles III of Bourbon’s private collection. Home to one of the finest collections of antiquities in the world, the museum houses more than 3,000 artifacts and works of art, including must-sees unearthed at the nearby archaeological ruins of Pompeii and Herculaneum like mosaics recovered from the House of the Faun, frescoes that once adorned Villa di Agrippa Postumus and Casa di Meleagro, bronzes figures from Villa dei Papiri, and the famed Farnese Bull and Hercules sculptures. 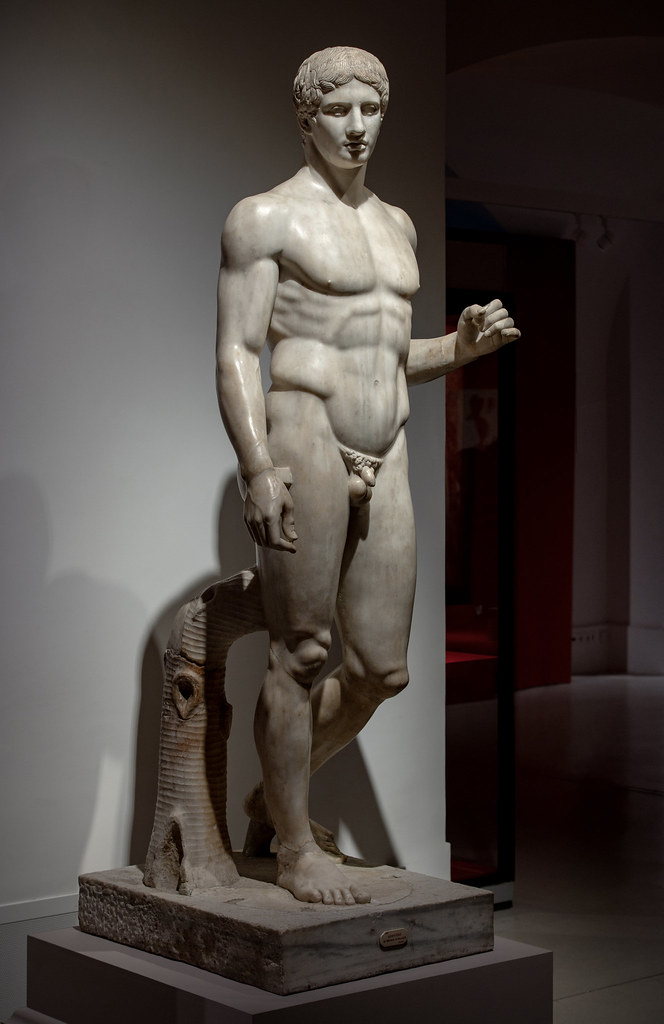 The museum is also famously home to the racy Gabinetto Segreto, a restricted hall that displays a small collection of ancient erotica including suggestive statues, paintings, and mosaics recovered Pompeii and other ancient sites. The “Secret Cabinet” has been periodically closed or censored over the centuries, and today visitors under 14 must be accompanied by an adult.

Naples is boasts one of the largest collections of art in Italy, housed in the Capodimonte Museum inside the lavish Capodimonte Palace, commissioned by Charles VII of Bourbon specifically to house the Farnese art collection he had inherited. Today, you can wander the halls of the National Gallery inside to marvel at more than 100 works by masters including Caravaggio, Raphael, Titian, Masaccio, Bellini, and El Greco, as well as the Farnese Gallery of classical sculpture, royal apartments, Gallery of Curiosities, porcelain collection, and Farnese and Bourbons Armoury. The upper floors contain the Neapolitan Gallery with works spanning from the 13th to the 18th centuries and the contemporary art collection. 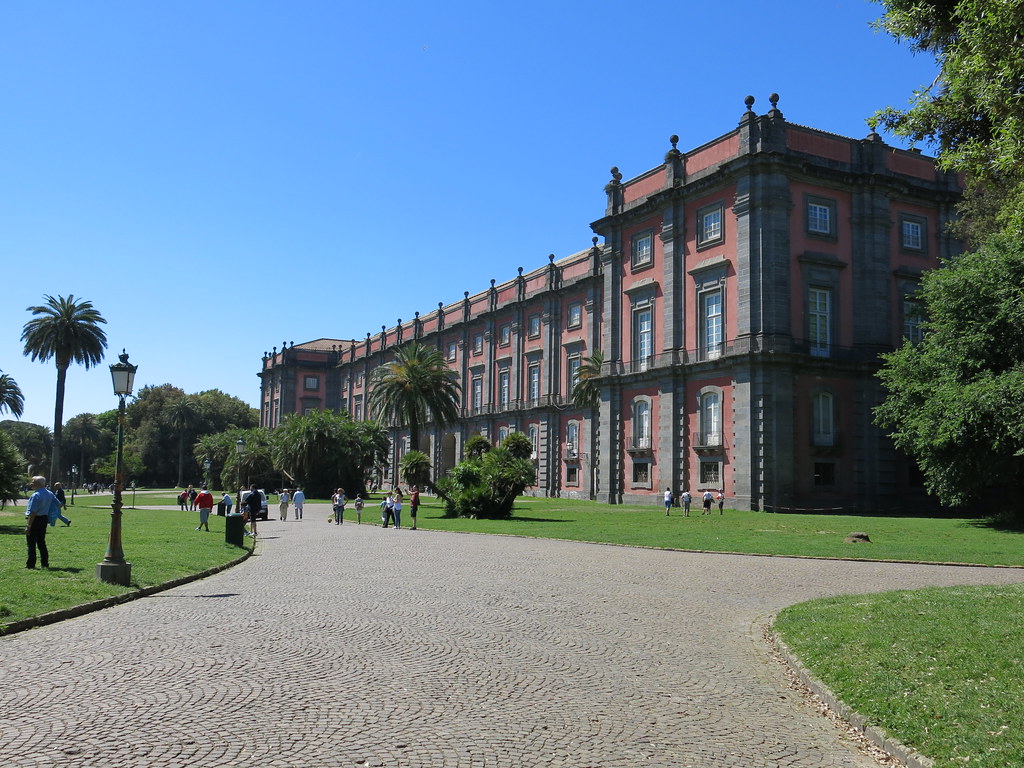 Capodimonte Park (Real Bosco), a 331-acre expanse surrounding the palace museum, is among the most beautiful estates in the city. Containing roughly 400 species of plants and trees, this peaceful respite from the bustle of the city overlooks the Bay of Naples and is scattered with statuary, grottoes, and follies.

Giusseppe Sanmartino’s dazzling Veiled Christ is the center point of the baroque Sansevero Chapel, tucked in the narrow lanes of Naples’ historic center. Among the city’s artistic crown jewels, this statue of the body of Christ draped with a thin veil is so startlingly life-like as to stop visitors in their tracks. Other 18th-century works of note inside include Disinganno (Disillusion) by sculptor Francesco Queirolo, Antonio Corradini's statue representing Pudicizia (Modesty), and the splendid frescoes by Francesco Maria Russo. Note that visitors are not allowed to take photographs inside, so be sure to pick up a postcard from the nearby souvenir shops. 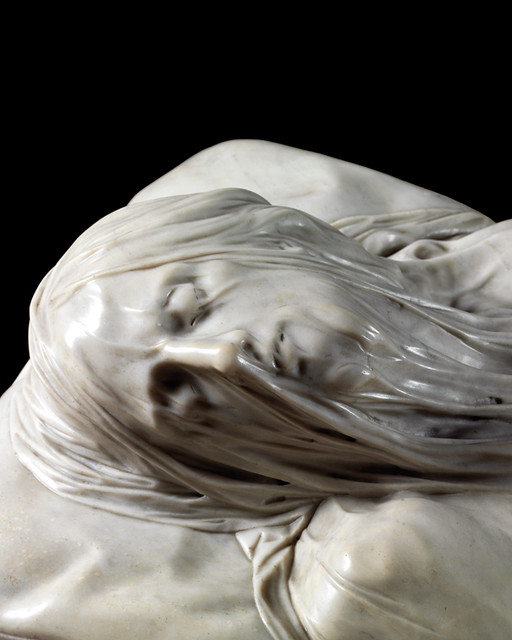 Take the stairs down to the underground room that contains what are either models or the preserved remains of the arterial systems of a woman and a man dating from the 19th century. Debate still rages about whether these displays are real or reproductions, and what dark magic must have been used to create them.

Overlooking the rooftops of Naples and its bay from the heights of Vomero hill, the 14th-century Certosa di San Martino was once a Carthusian monastery and today houses an excellent museum focused on Neapolitan art and history from the 15th to the 19th centuries. Take in some of the finest examples of Neapolitan paintings in the world, as well as the charterhouse’s spectacular church, monastery, cemetery, and two cloisters. Be sure to admire the traditional Neapolitan Nativity scene - the Cuciniello Presepe, that includes more than 800 figurines - before heading outside to savor the bird’s-eye views from the terraced gardens lush with dozens of varieties of Mediterranean flora. 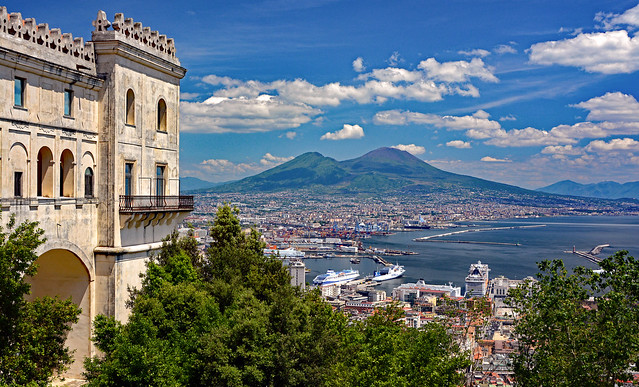 Enjoy a behind-the-scenes glimpse into the life of the Spanish royalty that ruled Naples in the 16th century at the Royal Palace Museum, located inside the former royal apartments of Naples’ imposing palace that takes up an entire side of Piazza del Plebescito. The museum houses an extravagant assortment of baroque and neoclassical art, sculpture, tapestries, furnishings, porcelain, and objets d’art, and includes highlights like the Teatrino di Corte, an ornate private theater; and the Royal Chapel. Just outside the palace, the storied Caffé Gambrinus is one of the most beautiful coffeehouses in Italy, so be sure to stop for an espresso. 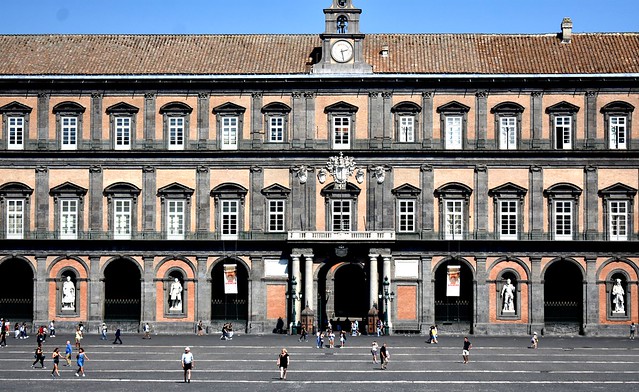