There are a number of destinations in Italy that are beginning to heave under the weight of their tourist influx, and the world (or, at least, the travel press) always seems eager to offer up “the next ...” options. Twenty years ago, Umbria was the next Tuscany; ten years ago, Puglia was the next Sardinia; and just recently, Treviso was posited as the new Venice.

Clearly, none of these substitutions satisfy: Tuscany is the cradle of the Renaissance whereas Umbria is a land of contemplative hill towns and Romanesque beauty; Sardinia is beloved primarily for its pristine coastline where Puglia delights with Baroque architecture and fairytale-like trulli villages; Treviso is lovely, but let’s face it...Venice is Venice.

One destination that has been creeping onto the radar as a possible “next Amalfi Coast” is Cilento, the area at the very southern reaches of the region of Campania stretching from below Salerno to the border with Basilicata. To the west, it is lined by the pebbly beaches and craggy cliffs of the Tyrrenian Sea, and to the east, by the steep peaks of the Alburni Mountains; these two geographic barriers kept the area isolated and pristine for centuries, and much of this stretch of coastline is now part of the Cilento and Vallo di Diano National Park, a UNESCO World Heritage Site. 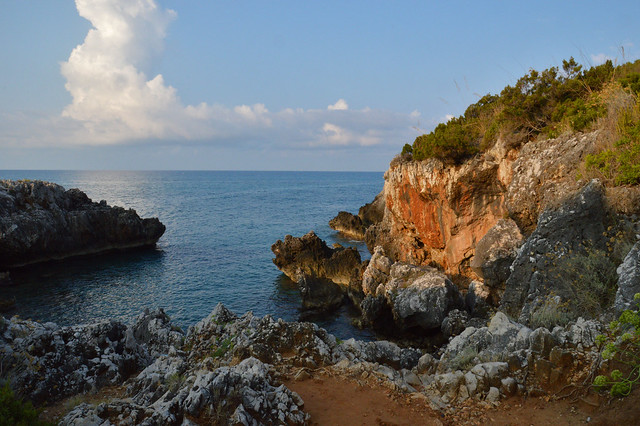 Though it would be naive to propose Cilento as a substitute to the Amalfi Coast, it is an area worth exploring. Home to one of Italy’s most spectacular archaeological sites, delightfully authentic villages and coastal towns, traditional buffalo farms where true Mozzarella di Bufala Campana DOP is produced, one of the most scenic parks in Italy, Cilento is still far enough off the tourist track to lend the thrill of discovery while close enough to the Amalfi Coast to merit a side trip for a day or two.

Here are some of the highlights of the yet-to-be-discovered Cilento:

Paestum and Other Archaeological Treasures

By far the most famous attraction in Cilento is the Paestum archeaological site, lumped in with Cilento though actually located slightly to the north. This stretch of coastline was once part of the Magna Graecia empire, and Paestum remains as dazzling testimony of this ancient Greek occupation, home to three of the world’s best preserved Greek temples that date as far back as the 6th century BC. 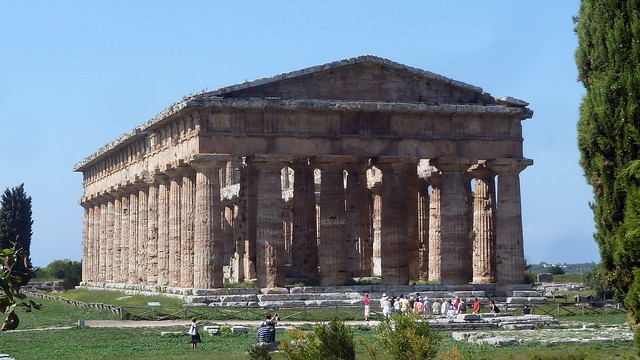 The ruins at Paestum were rediscovered in the 18th century, but not fully excavated until the beginning of the 20th century. The most important structures include the Temple of Athena (Tempio di Cerere); the Temple of Neptune (Tempio di Nettuno), the largest and best preserved of the three temples dating from about 450 BC; and the Temple of Hera (Basilica), the oldest of Paestum’s monuments with a spectacular area that spans nine columns across and 18 deep. You can also admire more recent Roman homes and an amphitheater with intact mosaics, as well as the small but excellent archaeological museum that houses a famous fresco from the Tomb of the Diver. 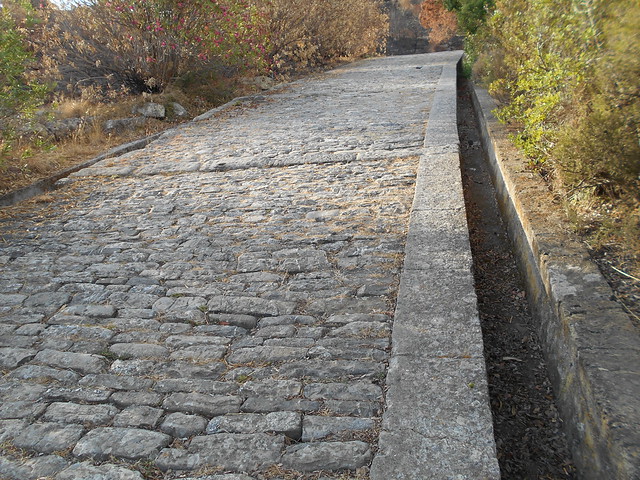 True archaeology buffs can also stop at the ancient Roman resort town of Elea-Velia, founded by the Greeks in the sixth century BC and located near the modern resort town of Ascea Marina. This partially excavated site overlooking the Mediterranean is a mix of Greek and Roman architectural styles, and is topped by a medieval tower and palatine chapel. Take in the intact Porta Rossa arch and limestone-paved streets with gutters dating from the town’s Greek founding, and an Ionic temple and city walls built later by the conquering Romans.

Cilento is also home to a number of important religious complexes, but the most impressive is the UENSCO-listed Certosa di San Lorenzo in Padula, a Carthusian monastery founded by Tommaso di San Severino in 1306. This sprawling complex of over 300 rooms is a little-known treasure of southern Italy, with a Neapolitan baroque-style church decorated with gilded stucco, majolica floors, and marble altars. Take in the sweeping central courtyard, frescoed chapels, wood-paneled library, and kitchen where a 1,000-egg omelette is said to have been prepared for Charles V’s army passing through in 1534. 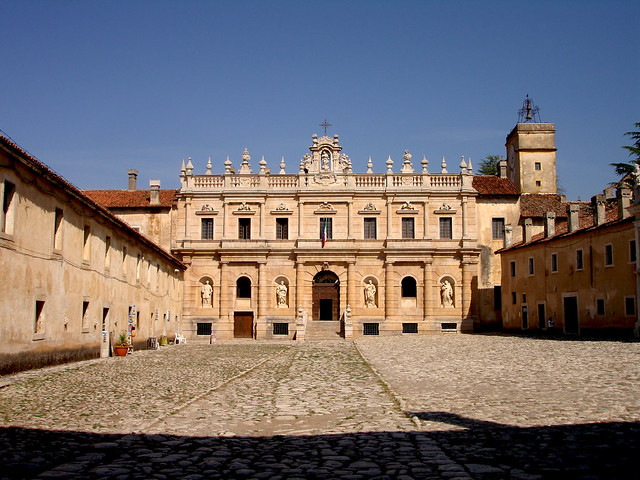 Photographers may want to venture to the countryside outside the village of Pattano to capture the dramatic ruins of an 10th-century Greco-Italian abbey and adjacent Chapel of San Filadelfo of Pattano, with its Byzantine frescoes and wooden statue of the saint.

Cilento was also home to Basilian monks, who followed the rule of Saint Basil the Great during the Byzantine era and were later absorbed by the Eastern Orthodox Church. See signs of their presence at the elaborately frescoed church of St. Mary of the Martyrs in Lentiscosa and massive Cenobium of San Giovanni Battista in San Giovanni a Piro.

Like most of southern Italy, the coastline is the headliner in Cilento, stretching between the busy Gulf of Salerno and sleepy Gulf of Policastro and offering crystalline water and rocky coves perfect for snorkeling and swimming. The northern reaches of the Cilento coast is home to sandy beaches like the family-friendly Trentova or Ascea, the coastline gradually becomes more rocky as you move further south, and is home to beautiful bays, coves, and grottoes.

Tiny pebble beaches like Cala Bianca and Cala d’Arconte can only be reached by sea; the Cala degli Infreschi in the Marine Reserve just outside Scario is arguably one of the most picturesque on the entire southern coastline. Finally, Palinuro is famous for its crystal-clear water and the spectacular beaches of Saline, Dune, the Arco Naturale, and Buondormire.

The Cilento coast is dotted with quiet resort towns that fill with Italian vacationers come July and August, but are largely overlooked by international travelers who stop instead in the towns along the Amalfi Coast. If you’re looking for an authentic seaside break where you will be rubbing elbows with locals, Cilento is a great choice. 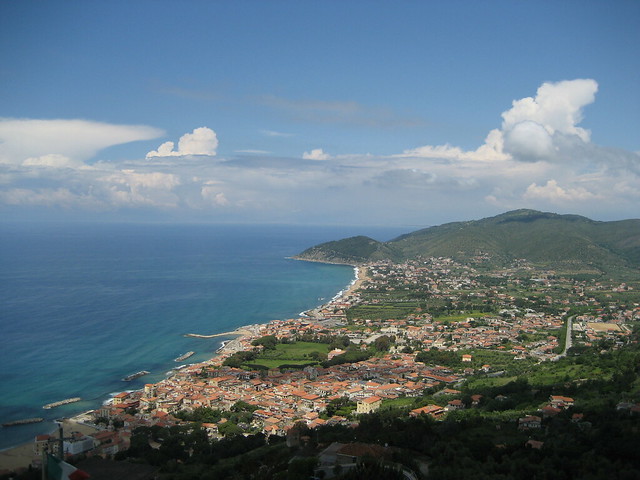 Castellabate is one of the most popular beach towns for Italians, who flock to this town perched on a hill overlooking the sea each summer to escape the heat of the city; the small beaches along the water’s edge offer a crash course in how Italians do the seaside, especially sandy Licosa. The sleepy fishing village of Acciaroli also perks up in summer, when the narrow lanes and tiny squares are crowded with restaurant and cafe tables. In the hills above the town, Pollica is a lovely medieval hamlet that offers cool evenings; along the water further south, Pioppi retains the slow pace and no-frills feel of its fishing harbor past.

The inland mountains are dotted with picturesque medieval hill towns with refreshingly authentic eateries and stunning views. UNESCO-listed Teggiano,with origins dating back to ancient Greece, sits on a spur of Mount Serra di Campo Soprano overlooking the entire Diano valley. Roscigno Vecchia is one of the region’s most picturesque ghost towns, inhabited by just one resident caretaker and offering a poignant look at Campania’s history of tiny mountain villages.

In addition to tiny villages, the Alburni Mountains are home to a number of natural wonders, including the Pertosa caves, a karst cave network near the border with Basilicata formed by the waters of the nearby Tanagro River. Deep in the Cilento National Park, the Gole del Calore include five deep canyons carved out by the Calore River; the Remolino canyon is a popular spot for hiking, canyoning, and canoeing.

Menaica anchovies from Cilento’s the Gulf of Pisciotta are considered among the best in Italy; try them in alici inchiappate, stuffed with aged local cheese, eggs, garlic, and parsley, and then fried and finally braised in tomato sauce. 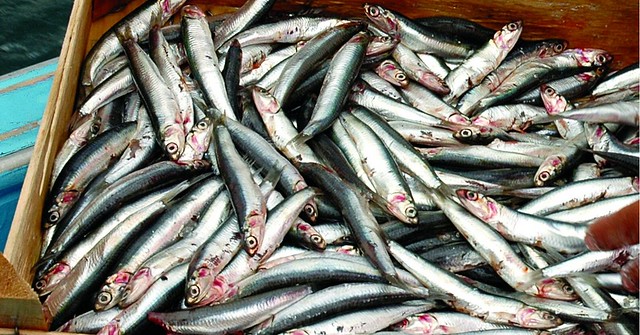 The best buffalo mozzarella is produced in Paestum and Battipaglia, but further south into Cilento you can find mozzarella nella mortella, a mozzarella made with cow’s milk and wrapped in myrtle leaves. A number of heirloom legumes are grown on the higher plains inland, including chickpeas from Cicerale used in a number of traditional recipes. Finally, the village of Felitto in the heart of the Cilento National Park is known for its traditional handmade fusilli pasta, and a popular food festival to celebrate this historic recipe is held each August.

Related Posts:
Boating Along the Amalfi Coast
So, You Want to Go to the Beach in Italy...
48 Hours: Costiera Amalfitana (Amalfi Coast)