So you want to visit a museum in Italy...

Italy is home to an extraordinary amount of art. Roman mosaics and Classical statuary, Romanesque frescoes and Renaissance paintings, Futurist sketches and post-war design: this country is saturated from its public piazzas to its private salons.

According to most commonly cited estimates, 60% of all the world’s artistic treasures are in Italy (not counting the 50-odd UNESCO World Heritage Sites, which recognize the cultural, archaeological, or scenic value of a certain geographical area). And of those masterpieces, the vast majority are to be found in one of Italy’s many museums.

Which means, of course, that if you’re going to travel Italy, you will almost inevitably want to visit at least one of these public (or private) collections at some point during your trip. Meandering through the galleries of the Uffizi or the Vatican and stumbling upon a canvas that you have seen reproduced on everything from books to umbrellas over the years can be one of the greatest joys of traveling the Bel Paese, as can be discovering a previously unknown work that is able to thrill and move you.

To get the most pleasure and the least pain from your Stendhal moment, however, there a couple of museum tricks and guidelines to keep in mind:

The museums of Europe, including those most famous in Italy, are simply becoming overwhelmed by the sheer mass of visitors. In high season, and during the most crowded times of the day, the small, un-air conditioned galleries in many of Italy’s museums (the vast majority in beautiful but architecturally outdated historic palazzi) can be unbearable and the works hard to see over the crowds. 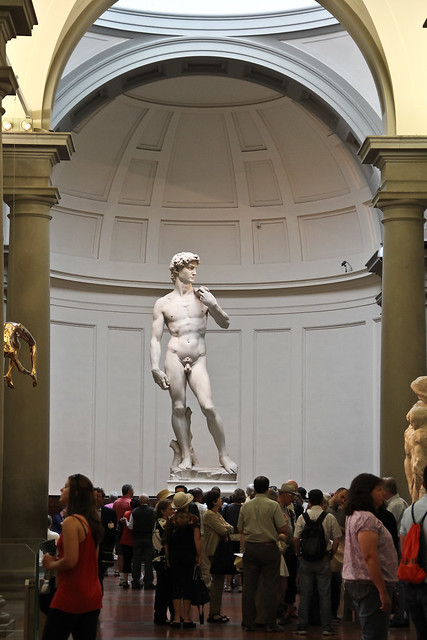 It’s well-worth an early wake-up call to be among the first to step into the relatively silent and cool halls first thing in the morning when the doors open. The Uffizi opens bright and early at 8:15 (just 15 minutes after the nearby Accademia) and the Vatican Museums at a more palatable 10:00 (Castel Sant’Angelo takes the middle road at 9:00), giving you time to meander as you please before the lion’s share of the crowds invade the galleries.

Getting the prime first entry slots in the morning doesn’t necessarily mean joining a queue at the crack of dawn, however. Which leads us to:

We are about to reveal the most open of secrets to visiting Italy’s most popular museums: reserve a ticket! Yes, it is a surprisingly little-known fact, but many of the museums on any traveler’s basic itinerary offer the possibility of pre-booking or pre-purchasing tickets online for your desired date (and, in some cases, time).

There is nothing like the VIP feeling of sashaying your way past all the hot, impatient, and tired masses queueing for blocks directly to the front of the line, where you can pick up your tickets (there is generally a special ticket office for pre-booked tickets; careful, as this office at the Accademia is actually across the street from the gallery entrance) with a minimum of wait and fuss. And, if you’ve been particularly organized (and lucky), you may get those golden first tickets of the morning.

But sometimes even the best of intentions aren’t enough, which is why:

Let’s say you decide at the last minute to poke into a promising gallery and didn’t have the chance to book online. Or, let’s say you are planning on spending a few hours in a smaller museum that doesn’t offer advance reservations. So off you go on a Monday, or at 2:00 p.m., or on August 15th.

Museum hours and schedules often hover somewhere between the Byzantine and the completely impenetrable in Italy, and you find galleries closed on what may seem like random days or at random times. Be sure you check the opening hours (which usually change according to high and low seasons) and weekly closed days, cross-referencing that with a calendar of national (and, sometimes, local) holidays. 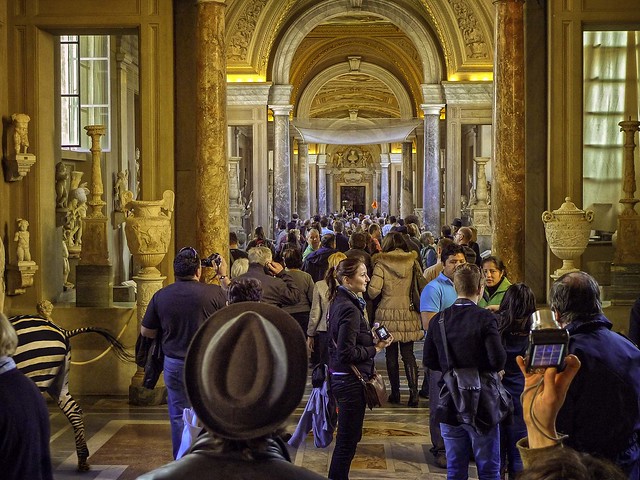 Also remember that the time listed as the closing time will often be an hour after the last visitors are allowed to enter (if the closing time is 6:00 p.m., you may not be able to enter after 5:00), and that feriali days are Monday through Saturday and festivi days are Sundays and holidays.

A little planning, or the help of a professional planner who is familiar with the schedules and calendars of Italy’s most popular sights, can help you avoid the disappointment and frustration of locked doors.

Another way to ensure you won’t be caught unaware? Visit with a guide:

A Guide is Everything

Italy has become a bit more savvy in recent years about making their museums more user friendly. There are now a number which have audio guides available, giving visitors some sort of framework and context for their visit, and the information and explanations posted around the galleries is often translated and engaging. 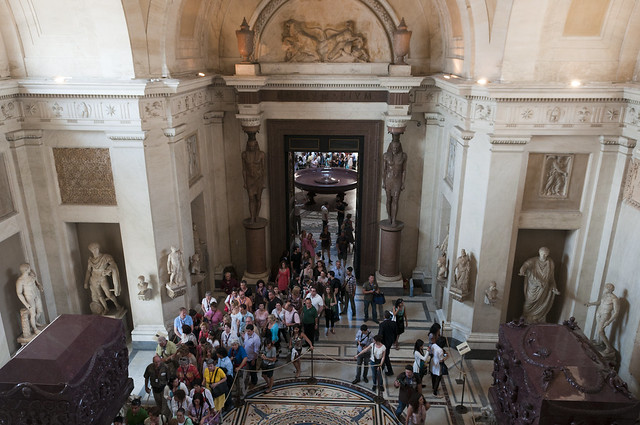 That said, for the overwhelming collections in Italy’s more massive museums (the Uffizi and the Vatican come to mind, though even smaller and less-crowded museums like the Archaeological Museums in Naples and Venice can be included), a visit alongside an expert who can both pace and select the works in a way that makes the day less a mind-numbing parade of masterpieces and more a fascinating walk through Italy’s history and culture can be priceless.

Not only can a guide tailor your visit to the maximum effect, he or she is also an invaluable source of reassurance about museum visit logistics. You will know exactly when and where to enter, if and when you can take photographs, what you can and can’t take inside, and why the guard is glowering at you (usually for no reason at all...they just like to glower). Having left all those worldly cares aside, you will be free to be transported into your Stendhal state.