In a country known for its unparalleled food, Italy’s extra-virgin olive oil stands apart. One of its most important gourmet exports and a staple of Italian cuisine from north to south, the oil extracted from the fruit of the Olea Europea, or European olive tree, has been gracing tables in Italy for three millennia. The ancient Greeks imported the tree around 1,000 BC and since then Italians have used olive oil for dressing, cooking, and preserving food - as well as in medicinal and beauty treatments. 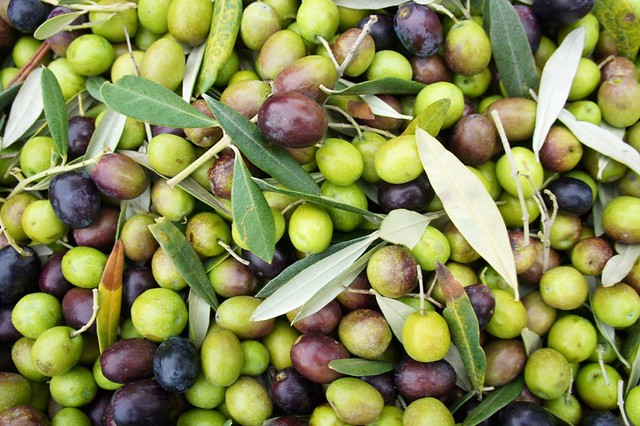 The popularity of Italian olive oil has spread across the globe and today this rich oil, beloved for its unique flavor and health benefits on both sides of the ocean, is known as Italy’s “liquid gold”. Unfortunately, high demand has also been its downfall as cheap imposters of dubious quality are now commonplace on supermarket shelves. Today, many oils marketed as “extra-virgin Italian olive oil” are made from olives harvested outside of Italy, extracted with harsh chemical methods, or created in a lab with a mix of Italian and lower quality oils. 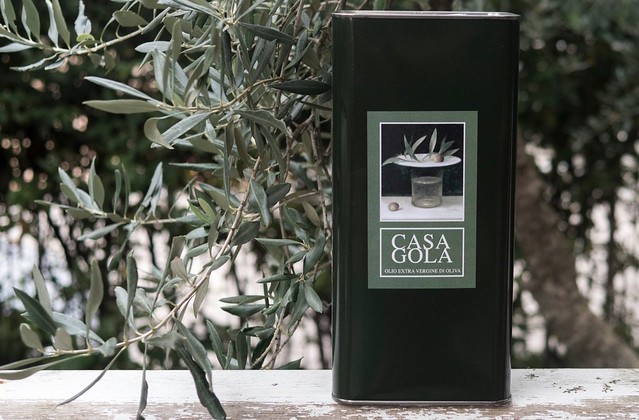 Casa Gola Extra Virgin Olive Oil is available in the USA via CantinaDirect.com

How do you know you’re getting the highest quality oil? The best way is to purchase your oil from a trustworthy source, ideally directly from the producer. You can also brush up on your olive oil knowledge to help you suss out an authentic and high-quality Italian oil from cheap substitutes.

Here are the most important facts about Italy’s extra-virgin olive oil to guide you to real “liquid gold”...

1) Extra-virgin olive oil is the highest quality oil, produced according to specific parameters.
Olive oil is divided into a number of quality categories depending upon how it is extracted, and extra-virgin olive oil is the purest and healthiest oil. Oil categorized as extra-virgin is extracted by mechanical cold pressing within 24 hours of the olive harvest at a maximum temperature of 27° C and bottled immediately. This meticulous process protects the flavor of the finished oil and helps retain its nutritional benefits, including antioxidants like vitamin E, carotenoids, and oleuropein, as well as oleic acid, which lowers blood pressure. 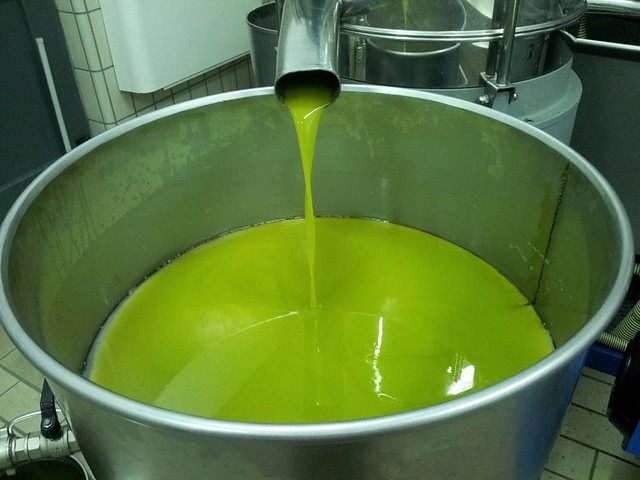 2) Olive oil can be extracted by mechanical or chemical means.
Mechanical “cold” pressing uses large stones or steel blades to grind the olives into a paste. This paste is pressed between large fiber disks to release the oil droplets and then decanted or spun in a centrifuge to separate the oil and water. The water is siphoned off and the extra-virgin (or virgin) olive oil remains. Chemical extraction instead uses a solvent to dissolve the oil from the paste of crushed or ground olives; the solvent is then vaporized out but the resulting olive oil is noticeably lighter in color, less flavorful, and most of its nutritional value destroyed.

3) Most Italian olive oil is produced in only a handful of regions.
Though olive oil is used in regional cuisine from the Dolomites to Sicily, it is only produced in about six regions. The lion’s share of Italian olive oil comes from Calabria and Puglia (almost 70%!); Tuscany and Umbria combined only produce about 5% of Italy’s olive oil. Keep this in mind when purchasing oil, since many oils marketed as high-quality Tuscan or Umbrian oils are actually from olives picked and/or processed in southern Italy but bottled further north. 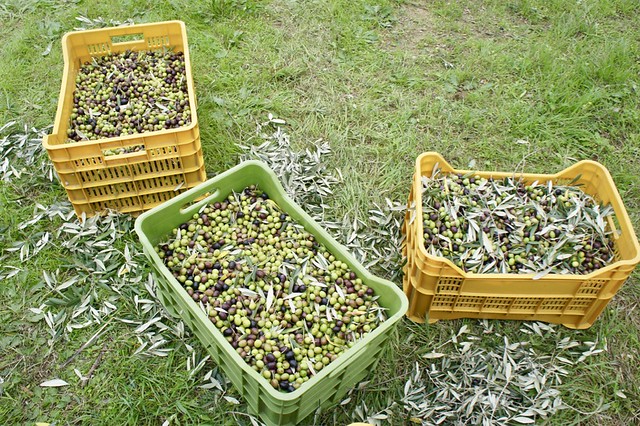 4) Regional olive oils taste different!
You may think that Italian olive oil is Italian olive oil, but the flavor of olive oil differs significantly according to region. Tuscan and Umbrian olive oils are produced from leccino, moraiolo, and frantoio varieties of olives that are hand-picked from the trees while still green. Olive oils from these regions are known for their bright fruit and grassy flavors with a balanced bitterness and peppery finish and a rich golden-emerald color. Olive oils from Calabria and Puglia are instead made with coratina and carolea varieties and are generally harvested by letting the mature fruit fall naturally from the trees onto nets. The flavor of these oils can be very bitter with notes of over-ripe fruit, and they are often blended with other oils in an attempt to correct these defects. 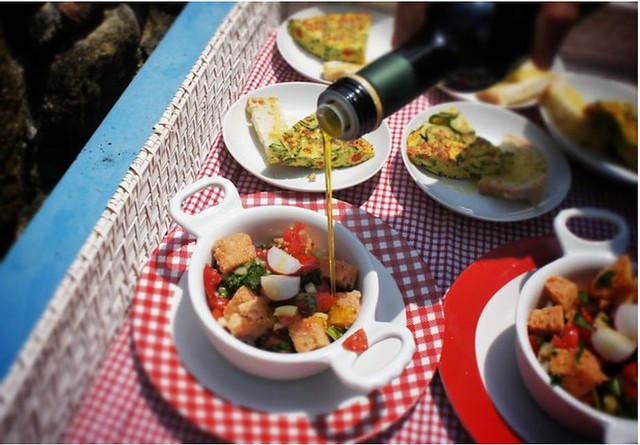 5) Olive oil does not age well . . . but you've got a while to use it.
Not only does olive oil go rancid (especially if not stored properly), but the more the oil is exposed to light and air, the faster it loses its nutritional properties. The best extra-virgin olive oil is no older than 12 months, so many Italians stock up for the year in the fall when the annual harvest is in and the oil has just been pressed. Large tins are then divided into smaller dark glass bottles, well-sealed, and stored in a dark, cool spot until needed. Freshly pressed olive oil should not be used for cooking, as heat breaks down its flavor and nutrients; use fresh olive oil for bruschetta or to dress salads and other dishes and older olive oil (from two to 24 months) to cook with.

6) Olive oil can be brought back from Italy as a souvenir.
There is a long list of food items that cannot be brought back to the US from Italy, including fresh produce and charcuterie, but extra-virgin olive oil has a green light (in checked bags, of course). That said, lugging heavy cans or taking a risk with smaller glass bottles in your luggage can be nerve-wracking, so having extra-virgin olive oil shipped home is often a more convenient and less stressful option. 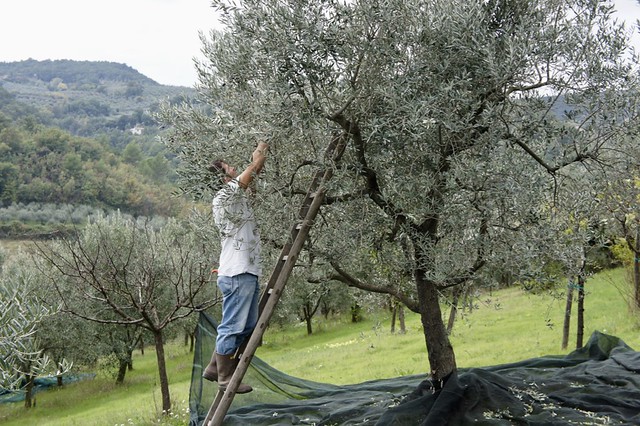 7) Cultivating olive groves takes time and patience.
Though olive trees have been known to live up to 2,000 years, getting a new grove into production takes years. Once a tree sprouts, it can take up to eight years for it to mature and bear fruit and as long as 15 years before the fruit is developed enough to produce high-quality oil. Generally, olive trees produce quality fruit for around 65 years before entering a decline; older trees are often culled, pruned to encourage new growth, or grafted with cuttings from younger trees. 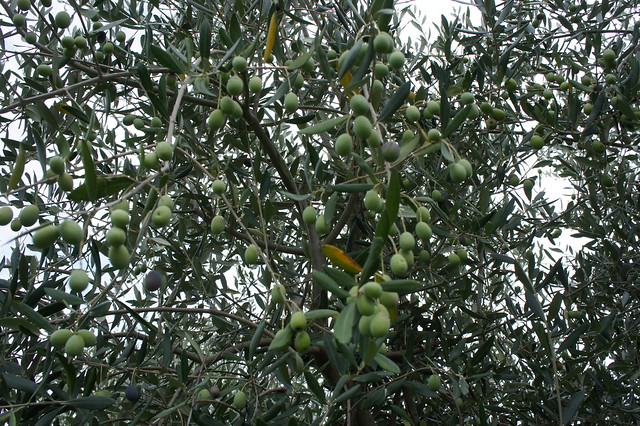 9) You can join an olive harvest in Italy. Picking olives doesn’t take any particular skill, and many family-run olive farms are happy to host guest pickers for the day during the fall harvest. You can spend a few hours day outside picking olives with locals and then head to the mill to see how extra-virgin olive oil is produced. Generally, the day ends with a tasting of bright green, spicy oil freshly off the press. 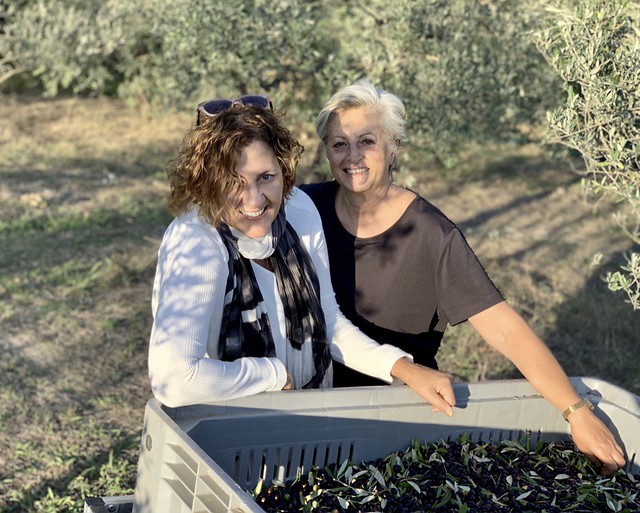